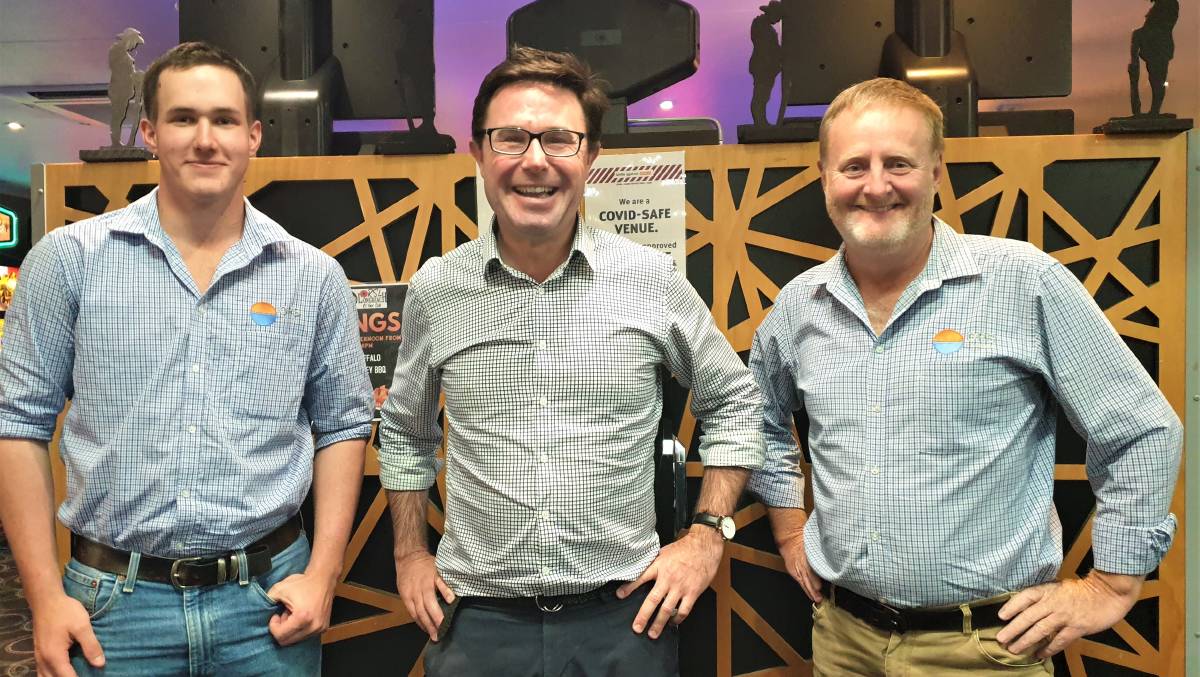 A western Queensland-born agtech business has made a pitch for state and federal backing that might see Longreach vie for the title of Australia's Silicon Valley.

A western Queensland-born agtech business has made a pitch for state and federal backing that might see Longreach vie for the title of Australia's Silicon Valley.

In the five years since it began, the self-funded Outback Property Solutions has 33 products in its portfolio and claims a footprint of a five-hour radius around the central western town.

Founder and CEO Andrew Barton said they had proved the usefulness of their offering to graziers in a wide area, along with the ability of local businesses to manufacture on site, and now they needed funding to fully develop the fledgling business into what he said could be a national enterprise.

That was followed up with a meeting with state Manufacturing Minister Glenn Butcher and Wayne Gerard, Queensland's new Chief Entrepreneur, at the government's regional community forum in Ilfracombe, which Mr Barton said had been very fruitful.

It incorporated a visit to the local engineering firm that does their metal work, and follow-up discussions about metering solutions.

"The thing with OPS is we're based out here, we're actually integrated out here, rather than a coastal company developing product and then bringing it out," Mr Barton said. "As has been said, if this region doesn't have an agtech industry, we just have to put up with the products that other regions develop."

As well as being an economic driver for the region - local businesses design circuit boards, write software programs, make cable looms and construct the housings for everything from tank monitors to water over road warnings - understanding local conditions is its point of difference, according to Mr Barton.

OPS has instigated a local steering committee that meets every six months to review and prioritise the solutions portfolio to ensure that the most needed products are delivered first.

It also reviews emerging products and provides feedback to the development team.

"Because we're so integrated, the people out here have had so much input into the products and that feedback process has been terrific," Mr Barton said.

Things such as heat and the vibration experienced on rough roads, vastly different to coastal environments, are taken into account, he said.

Virtual fencing, a need that gave birth to the company, and grid scarers, are still in development, but Mr Barton said they had focused on products that would generate immediate income to foster the business.

"If we have some assistance with a grant, say like low-interest funding, that will just accelerate what we're doing," he said.

"At the moment the team is over 50 per cent local but those people are working a second job or OPS is not their prime job.

"With a little bit of assistance, we can bring people on and we can accelerate the benefit to this region.

"Anything would be of assistance but something like $150,000 would be remarkable."