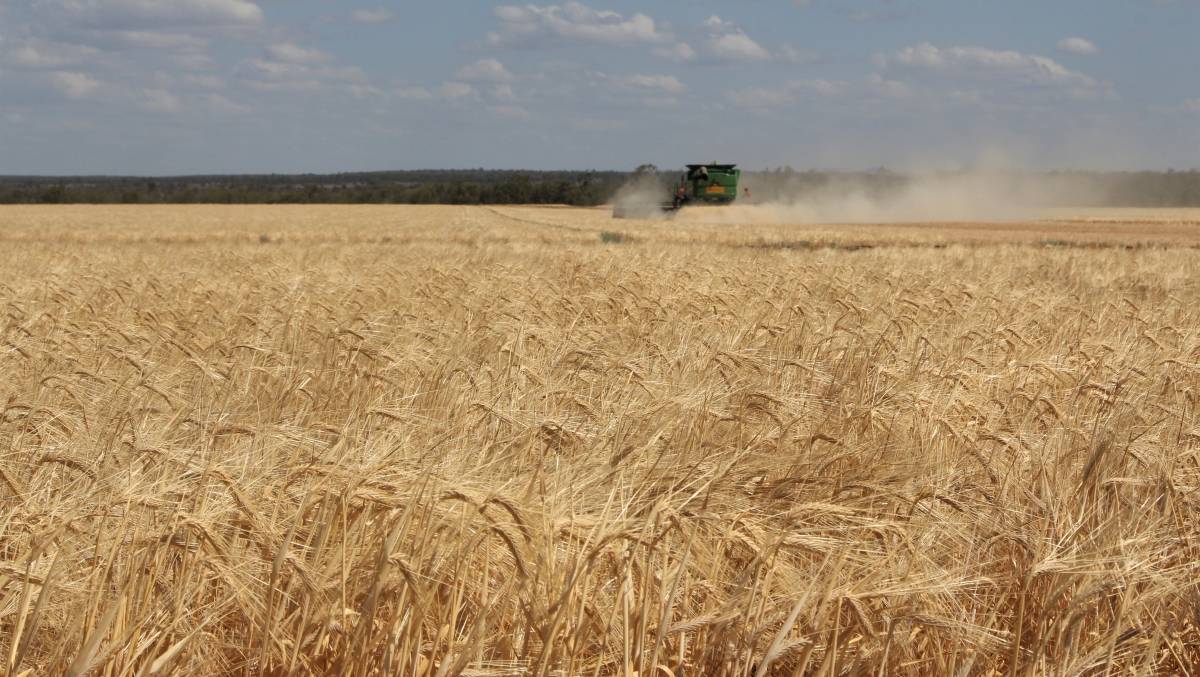 One of the paddocks of dryland barley Richard Daniels was able to harvest, before a hail storm across his country at Gindie. Photo: Sally Gall

While ANZ's Head of Agribusiness Mark Bennett says Australia is heading towards its second largest grain crop ever, that's not the story for many Central Highlands growers, Richard Daniels included.

While ANZ's Head of Agribusiness Mark Bennett says Australia is heading towards its second largest grain crop ever, that's not the story for many Central Highlands growers, Richard Daniels included.

Mr Daniels, who farms at Plainfields at Gindie, put his harvester away a couple of weeks ago, saying it had been a pretty tough year for growers in the area.

He planted 220ha of barley, and 650ha each of wheat and chickpeas on a two-thirds soil moisture profile and had no in-crop rain other than 30-40mm across his paddocks in July.

To top it off, a hailstorm ripped across one of his blocks while harvesting was in progress, stripping most of the barley heads planted there.

"It was big hail, it did a fair bit of damage," Mr Daniels said.

It's his usual practice to insure winter crops and he currently has a claim pending for the damage.

RELATED: Dry start to the season prompts early plant in the Central Highlands

Mr Daniels said the result added to a trend of very ordinary summers in recent years - one-off rain events - that meant they just got through each time.

"We'll wait and see what the season does now, but we generally work on putting in a winter crop," he said.

Hollie Falkner, an agronomist with Elders, covering the Clermont, Springsure and Emerald districts, only began working in the region recently but said the growers she'd spoken to towards Kilkummin and Clermont were happy with their results in the circumstances.

"A couple had crops struck by frost though, which is unusual for chickpeas," she said.

A lack of rain meant the harvest around Capella wasn't overly successful, Ms Falkner said, and results varied around Emerald.

She said those who had a choice had planted wheat, which was largely to do with stubble cover and maintaining soil moisture for the upcoming season.

Not having been in the region for the previous season, she wasn't able to make comparisons.

"People are now waiting to see what the season does," she said.