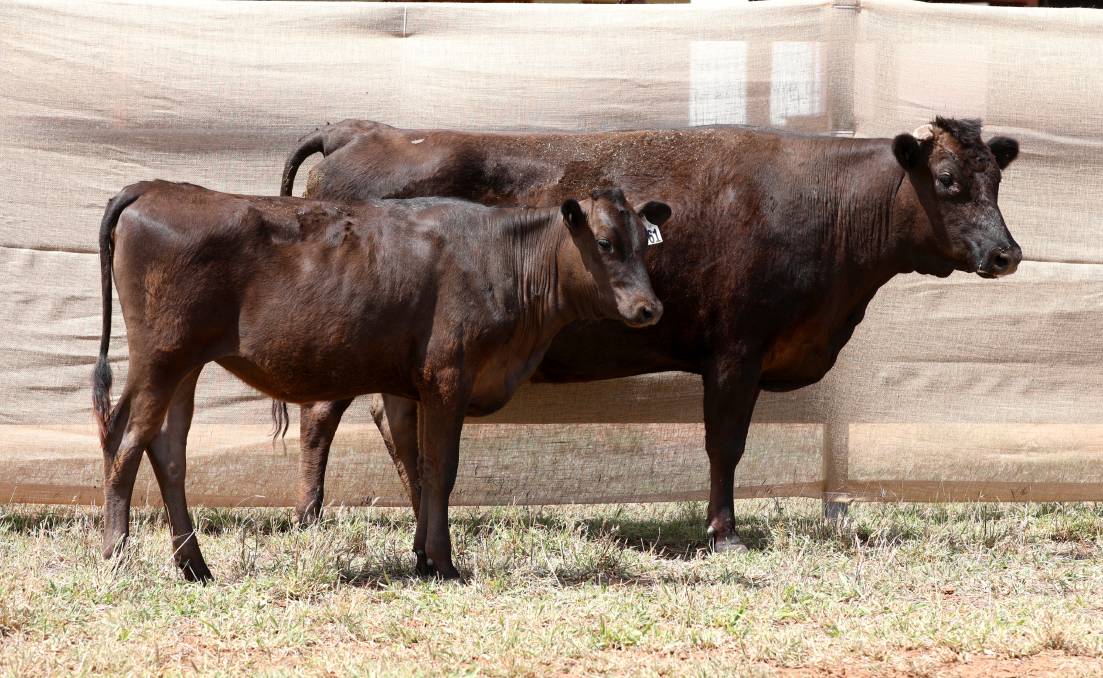 SALE TOPPER: The pregnancy-tested-in-calf BARFL1774 with her nine-month-old calf, purchased for $20,000 by the Cant family, Emerald.

In a fitting celebration of 30 years, Bar H Grazing have hosted their first all female auction at River Lea, with all heifers and cows selling to achieve a 100pc clearance.

Bidders travelled from all eastern states, with South Australians and Queenslanders accounting for the majority of the sales.

Headlining the sale were the six pregnancy-tested-in-calf cow and calf packages which went under the hammer to average $17,333 and top at $20,000 on more than one occasion.

Managing director of Bar H Grazing, Que Hornery said he was happy with how the females presented and sold on the day.

"Being our first time, and with the unknown of a female-only auction was a bit daunting just to see if there was going to be any interest, and where that interest was going to come from, whether it was feedlotters or producers," he said.

"There were a few new faces as well as returning clients. Most people were adding to their Wagyu herd and a couple of people were just starting out. One hundred per cent of the animals went to a breeding program which was great." 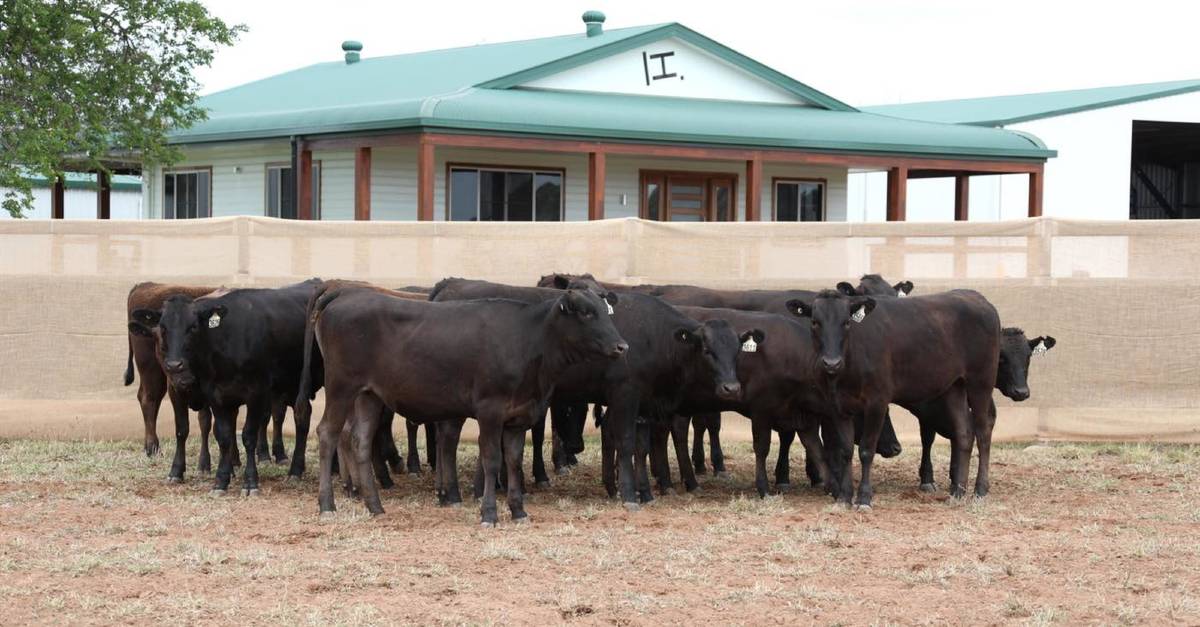 This year, Bar H have celebrated 30 years of breeding, developing and continuously improving their herd.

Online bids flew in from all over the world, with people from the United States, Germany and New Zealand competing to take advantage of the quality Wagyu genetics on offer.

"The sale went really good. We had a lot of pre-sale interest, which gave me confidence on the day that the animals would sell and that they were going to be what the people wanted," Mr Hornery said.

The 30 PTIC heifers that were offered through the ring achieved an overall average of $7467, while the 223 unjoined heifers produced an average of $3469.

The Cants also managed to snatch up the two top-priced unjoined heifers, each at a $6000 price tag. 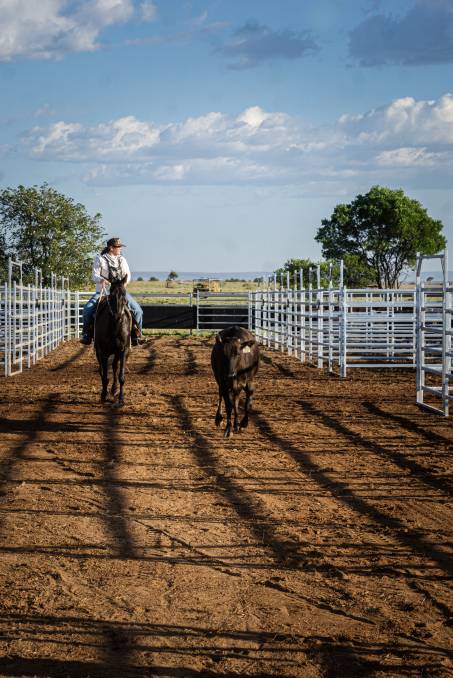 Elders Wagyu specialist James Matts credited the Hornerys on an exceptional sale, which resulted in good averages and a 100pc clearance.

"Bar H have had a couple of sales before with other agencies, but it was their first sale with Elders Wagyu," Mr Matts said.

"Que is extremely passionate, and has a drive to see commercial Wagyu thrive in central Queensland. Now, they're recognised as seedstock producers after 30 years of breeding quality Wagyu."

The largest volume buyers in Friday's sale were Peter and Karen Hancock, Roma, who purchased 75 head of unjoined heifers through the sale ring for an average of $3500.

"The Hancock family are new into Wagyu and are looking to build a substantial herd around the Roma and Blackall areas. Pete is highly respected in the meat industry around Australia, having worked for Thomas Foods International and Nolan Meats in Gympie," Mr Matts said.

"He and his wife Karen, and two kids, have made a commitment to invest in Wagyu and develop the family grazing operation around the breed."