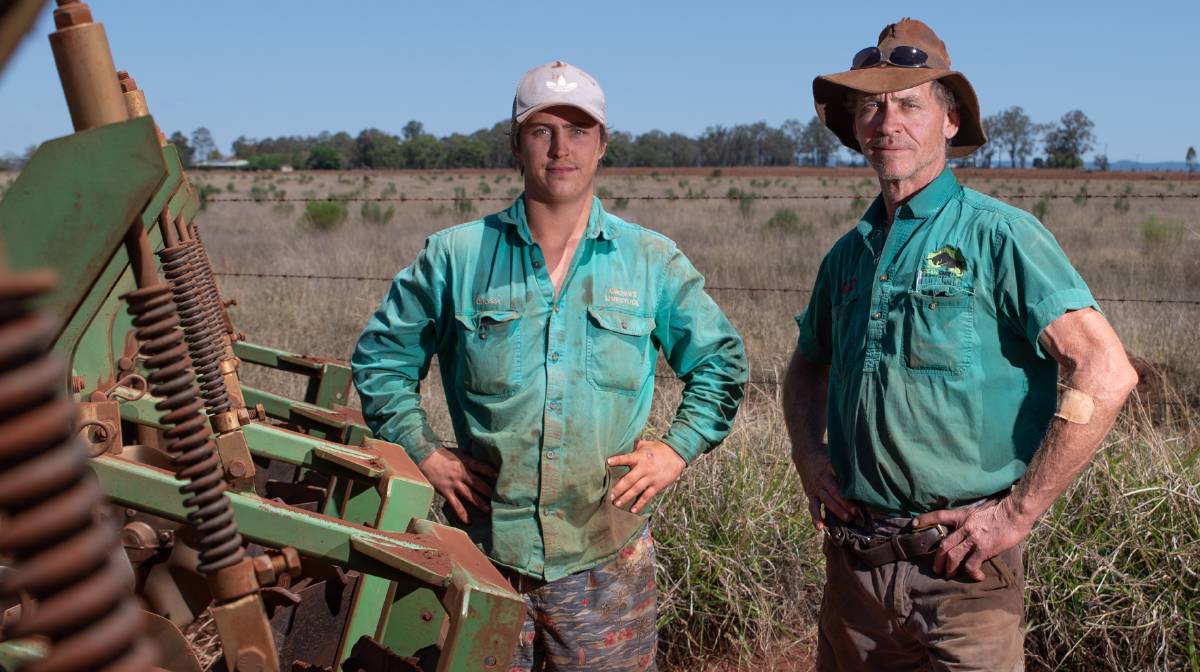 Crops have been sown at Kingaroy and Bundaberg after an optimum start on mid-October rains.

"Last year we never planted a peanut. The year before I planted 30 hectares - I wish I hadn't," Mr Cross said

"That's probably been the biggest drama of the last few years - the rainfall deficit.

"We had 40mm of rain last week, so we managed to sow 50 hectares on Monday, but the storm that afternoon brought another 10mm and stopped us. Hopefully we can sow another 40ha later this week."

Mr Cross will then sow a final 70ha in the coming weeks for a total peanut crop of 160ha.

He is growing three varieties this year - Kairai, Fisher and Taabinga - to spread his production risk. The growing season runs for about five months.

They also share farm 210ha of red soil at nearby Haly Creek.

These days, wheat, corn and mungbeans are mostly sown at home, while the red soil is preferred for the peanuts.

Mr Cross, who supplies solely to Bega-owned Peanut Company of Australia at Kingaroy, said there was a reasonable amount of money to be made if they could grow a good crop.

"Your aim is for two-and-a-half tonnes to the hectare. In a good season, four and a half (t/ha) is achievable," he said.

"For fair, average quality, you'd probably be looking at about $1200 a tonne. We get about $1850 for our edible kernel, but 25 per cent of the load is going be shell, dirt and loose shell kernels."

"We're working closely with growers to prepare for next season's crop, with peanuts already in the ground in Bundaberg," Mr McNamara said.

"We're currently forecasting favourable planting conditions across key growing regions between now and the end of the year," he said.