RACQ LifeFlight will be the main beneficiary of the first professional rodeo at Wandoan in decades this Saturday. 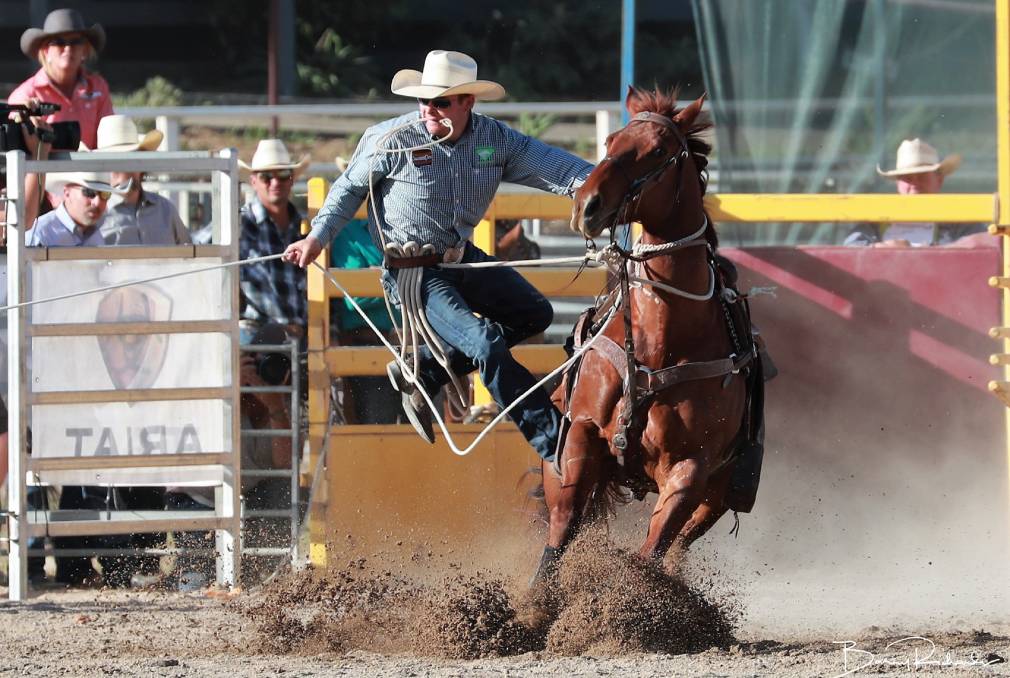 RACQ LifeFlight will be the main beneficiary of the first professional rodeo at Wandoan in decades this Saturday.

There are 258 nominations for the rodeo which is for championship points in the Australian Professional Rodeo Association.

Hometown rider Dave Worsfold is in form after winning the Taroom Rodeo during the recent Northern Run. He was also placed in other Northern rodeos.

Sharna Worsfold, of Wandoan, will compete in the barrel race which has attracted 33 nominations.

One of the riders who will travel the least this weekend is Brigalow breakaway roper Jane Ryan.

Emerald rider Leanne Caban is in form and starts as one of the favourites for the cowgirl events.

In the open saddle bronc, Greg Hamilton from Mitchell and Injune rider Tom Webster will be two of the best chances to win the first prize money.

Shane and Leanne Kenny will bring timed event stock from Emerald to the rodeo.

Current APRA all around cowboy champion Campbell Hodson will compete at Wandoan in three events - rope and tie, steer wrestling and team roping.

Some of his toughest opposition will come from Shane Kenny who has won most titles in the APRA.

Sharna is a member of the organising committee and said some of the money raised would go to RACQ LifeFlight.

"We are expecting a crowd of more than 500 for the pro rodeo at Wandoan," she said.

The rodeo starts at 10am Saturday in a rodeo arena at the Wandoan Showgrounds.

The main performance is at 4pm Saturday with action in all eight APRA championship events.

Admission is free and there will also be free activities for the children and live entertainment after the finish of the rodeo.

This weekend's rodeo is being used by some riders to fine tune their form for the Warwick Rodeo on October 28-31 at the Warwick Showgrounds.

The Warwick Rodeo will have action in all APRA championship events. The national finals, originally scheduled for Warwick Rodeo week, will be held at a date and venue to be determined.