The International Day of Rural Women is just another day at the office, or rather, in the paddock for John Deere technician Jaymee Ireland. 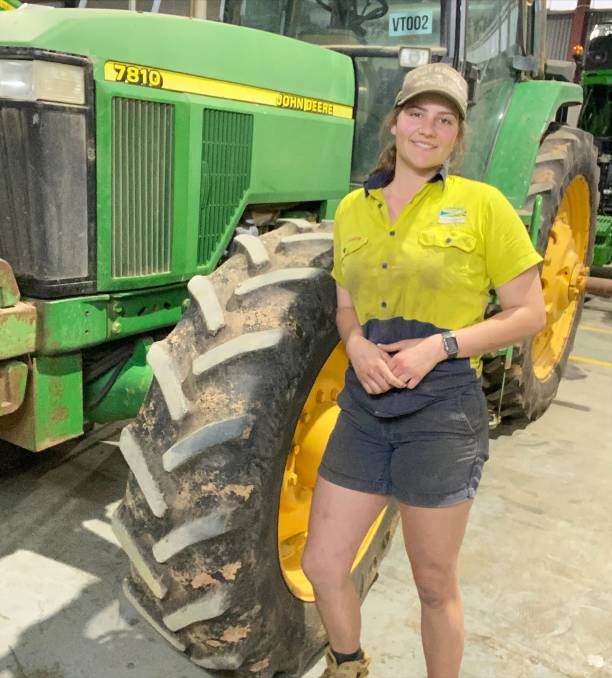 John Deere technician Jaymee Ireland said there was no place she would rather spend the important day than on the tools.

The International Day of Rural Women is just another day at the office, or rather, in the paddock for John Deere technician Jaymee Ireland.

Like many technicians, Ms Ireland has been kept busy of late helping South Australian broadacre farmers ensure their headers are primed and ready for the upcoming harvest.

The hard-working 21-year-old is based at John Deere dealer Emmetts in Roseworthy and said there was no place she would rather spend the important day than on the tools.

"Harvest is my favourite time of year," Ms Ireland said.

"Knowing I have ensured a farmer's machinery is operating at peak performance during this critical window of time, is extremely rewarding."

Growing up in the heartland of Far North Queensland cane country at Mossman, Ms Ireland discovered her zeal for heavy machinery at an early age as her grandfather, Charlie Brischetto, was a cane harvester operator.

"He would take us for little drives and I remember being amazed by the machinery," she said.

Like many future technicians, Ms Ireland was the kind of kid who was fascinated by learning how things worked, and enjoyed problem solving and working out how she could repair anything broken around her home.

She followed that interest and completed a Certificate Two in Aircraft Line Maintenance, however, when living on Kangaroo Island with her family, she started thinking agriculture would be her preferred industry to work in.

When she was just 17, Jason Barrett, from Barrett's Mechanical Services, took her under his wing and offered her work experience repairing machinery across the Island's farms.

"I just loved getting out and about and heading to different farms, and it was during that time I saw Emmetts Roseworthy had an apprenticeship opening, so I jumped at the chance," she said.

Although Ms Ireland is bucking the trend, given most technicians working on heavy machinery are male, she is hoping her drive and passion will help inspire other young women to consider carving careers in trades.

"Whenever there is a school expo around here, I am sent along to talk to the kids about my job and am always trying to grab the girls' attention to bring them over to our stand," Ms Ireland said.

"It does surprise me there aren't more young women becoming involved, but I am sure it's only a matter of time.

"I think there are times when farmers are surprised a woman is fixing their equipment, but I have earned their trust, and generally, as harvest is getting closer there are a few growers who have already personally requested I head out to their farm."