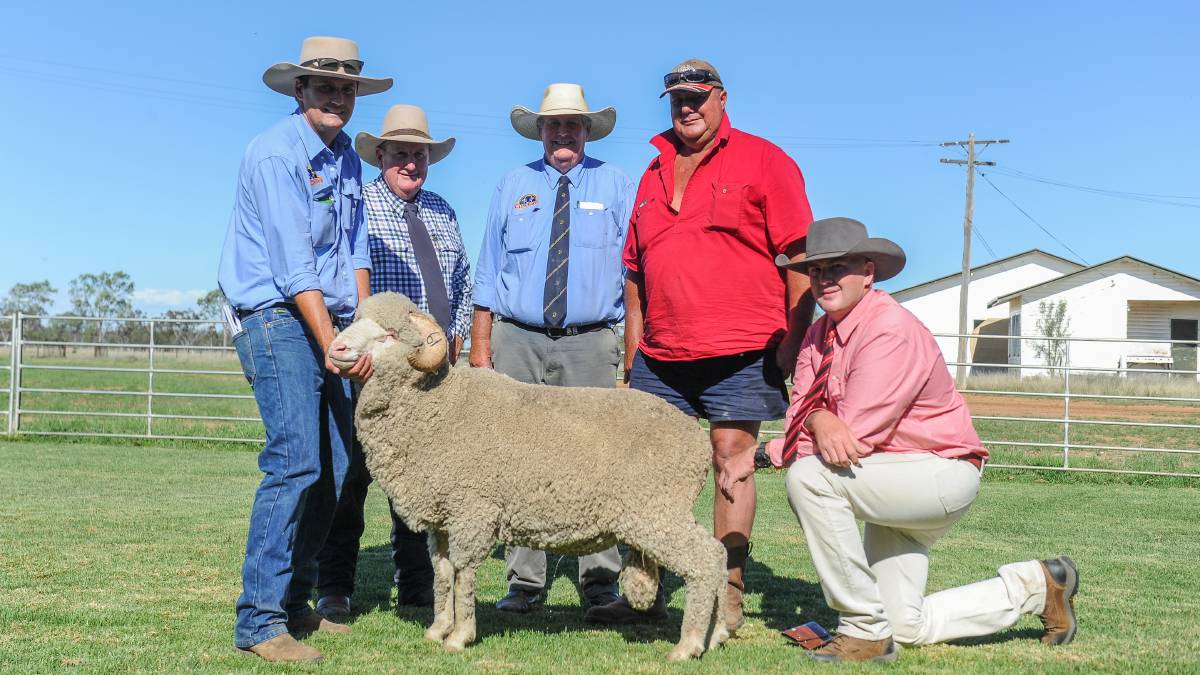 It only took 12 eager buyers from across the state and into NSW to snap up all of the 140 rams.

They were labelled one of the most consistent drafts of Wilgunya rams ever offered and buyers didn't need any convincing at the Wilson family's on-property sale at Dirranbandi on Thursday.

It only took 12 eager buyers from across the state and into NSW to snap up all of the 140 single and triple penned rams on offer for an average of $2343 compared with $1649 last year.

Individually, the 80 single rams, which auctioneer Steve Burnett raced through at a minute per ram, achieved an impressive $2578 average and $4000 top price.

That money was paid midway through the catalogue for tag 407, a 17.9 micron son of a Wilgunya ram that had a standard deviation of 2.82, coefficient of variation of 15.75 per cent, comfort factor of 99.92pc and coarse edge measurement of 5.31.

He was secured by Ian Dries, Heatherleigh, St George, who was back at the sale after a two year hiatus due to drought.

With seasonal conditions finally turning around, exclusion fencing keeping wild dogs at bay and 2000 odd ewes to join, Mr Dries was now seeing the impact of Wilgunya rams on his flock. 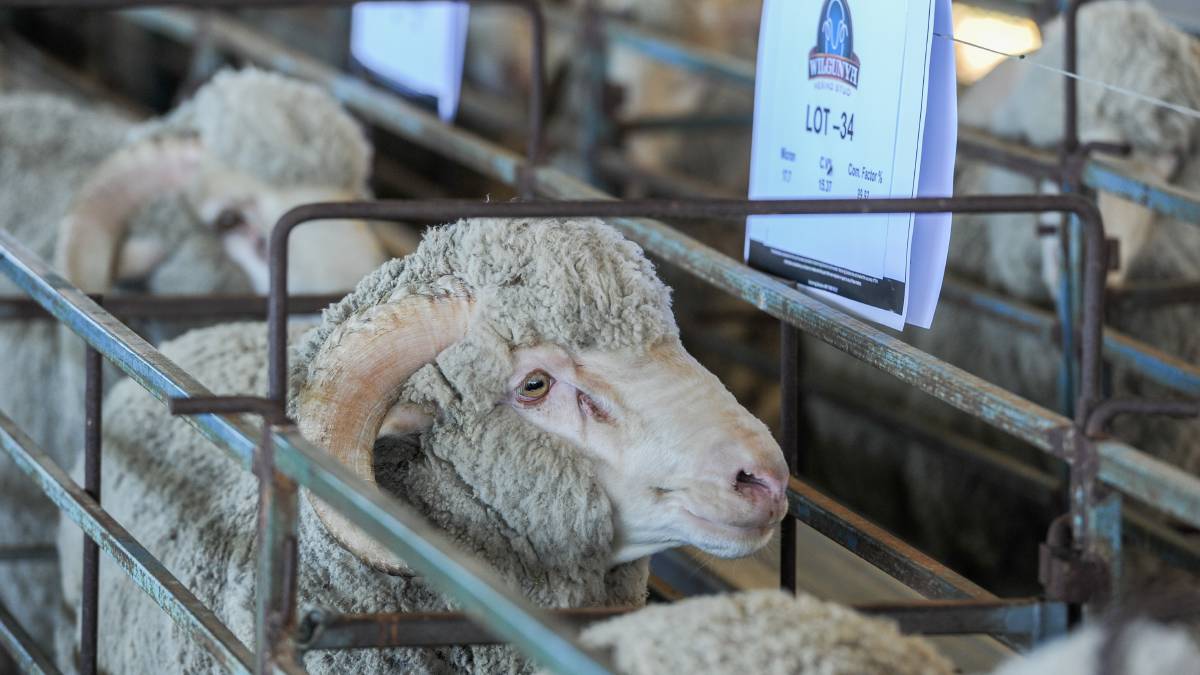 "We had the first decent cut last year on one of our places and we were two kilograms above where we normally were averaging," he said.

"We have got two properties now so we are still rebuilding from the drought and have had to breed our way back into it with the cost of sheep."

This year's draft of Wilgunya rams featured a number of sons of Greenfields 154 purchased from Adelaide but the sons of their own homebred sires were just as popular.

Stud principal Max Wilson said they were the best lot of rams he had put up.

"They picked themselves, it was just the easiest selection I've ever done," he said.

"It's nice to be able to stand a consistent 140 rams and they all look the same.

"We had all repeat buyers and one bloke that hasn't been here in a fair while who showed a bit of strength."

Wyralla Grazing Company at Dirranbandi were successful with 15 rams averaging $1800.

Other buyers were the Hartog family from Colleranabri in NSW who made the most of the trip north and secured 10 rams averaging $2940 while the only other southerner Andrew Murray from Lightning Ridge secured six at a $2866 average.

Wilgunya are in the process of registering a poll Merino stud and showed sale attendees their $20,000 Nyowee ram purchase from Adelaide who stepped off the truck in time for sale day.

Their own well-bred poll ram and some ewe purchases from the south will help them to build numbers and offer poll rams as demand grows.

Selling agents were Nutrien and Elders with Steve Burnett from Dirranbandi Pastoral Agency doing the auctioneering.