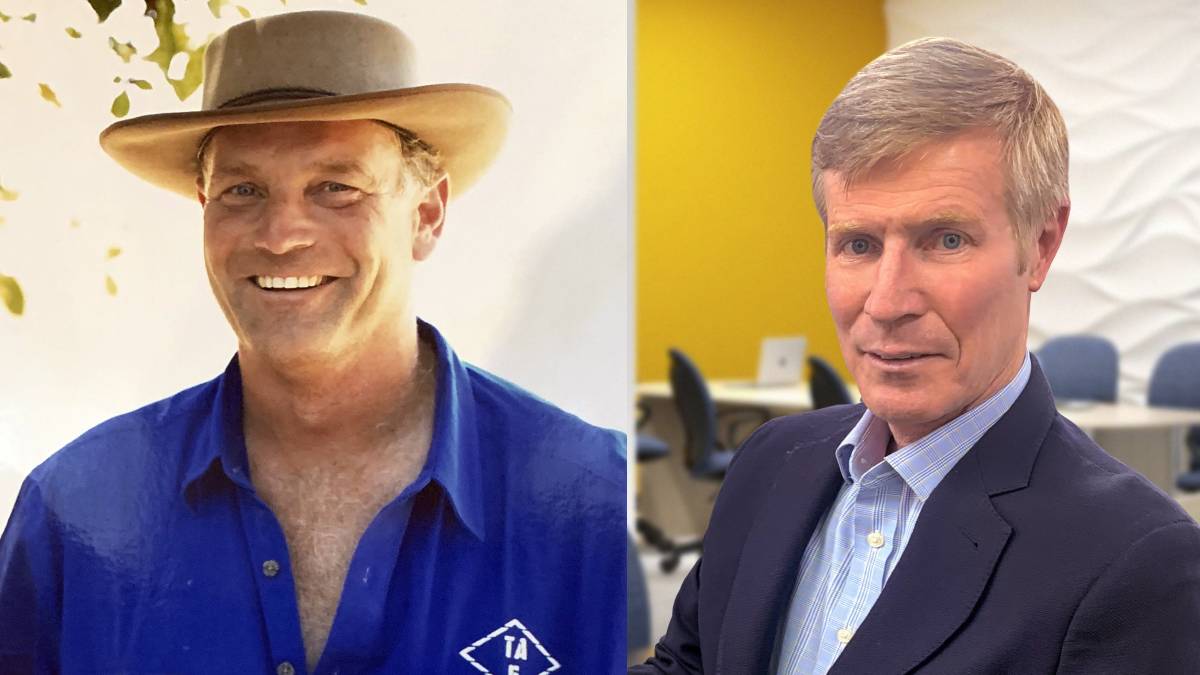 AWI board candidates Michael Field and Steven Read have joined forces to try and win a seat on the board.

Two high profile candidates for the Australian Wool Innovation board have implored woolgrowers to lodge their own vote in the upcoming election.

Two high profile candidates for the Australian Wool Innovation board have implored woolgrowers to lodge their own vote in the upcoming election.

Michael Field and Steven Read have found themselves on the outer in terms of the AWI's own picks for their board.

Of the seven candidates, AWI has chosen its preferred candidates to join its board.

It has also decided to direct open proxies to two of its existing directors.

Historically these proxies can be a fifth of all votes lodged by shareholders.

Board chair Jock Laurie and director Don Macdonald will be in the unusual position of basically voting for themselves, with the direction of those open proxies to themselves and newcomer Georgia Hack.

Three director positions will be decided at the November 19 annual meeting, to be held online this year, subject to the passing of a board size limit resolution to retain the current number of seven directors.

The AWI board has already resolved that open proxies directed to its chair will be voted in favour of three candidates - Mr Laurie and Mr Macdonald plus also Ms Hack.

In a statement this week, AWI said Mr Laurie and Mr Macdonald had recused themselves from the board discussions.

The other candidates are Sydney Lawrie and Charles "Chick" Olsson.

Those three candidates with the most votes from shareholders, in person and by proxy, will be elected to the likely three vacant positions.

So despite the nomination committee saying Michell Wool chief executive Steven Read "would provide the appropriate and necessary balance of skills required by the AWI board" he was overlooked by the board.

Mr Read has now joined forces with Michael Field of NSW-based TA Field Estates, the biggest fine wool producer in the world, to campaign together.

"We have a mountain to climb," Mr Read agreed, saying many people found the election process complicated.

Their most important challenge is to dilute the impact of the biggest voting bloc, those open proxies.

That means convincing growers to sign up as shareholders in the first instance, and then voting individually for the candidates.

Mr Read agreed it was an easier and less time-consuming option to simply direct their vote to the chair.

"We want them to read the paperwork and make a conscious decision and say with their vote what is happening at AWI is not good enough," he said.

Mr Field encouraged growers to register as shareholders so they could vote.

"Many of them don't know they need to register but if they go online it's not too late to do it now and have their say." he said.

Both Mr Field and Mr Read want the wool levy to stay at 1.5 per cent.

The board want to increase it to 2pc.

It is a testing time for AWI with controversy over the WoolPoll which sets the grower levy every three years.

The peak woolgrower representative body WoolProducers Australia has advised eligible wool levy payers to vote for the status quo at 1.5 per cent.

Mr Field and Mr Read said they believed AWI had "done some great work in the past", but it was now time to build on that.

"If Steven and I are elected we can bring some fresh blood and new ideas into AWI and reinvigorate it," he said.

The pair argue the levy should stay at 1.5pc "and only increased once woolgrowers see productivity increases, higher demand and prices for wool and that AWI is achieving its objectives".

They would like to see more work on "pathways" to reduce, refine and eventually replace mulesing, addressing how best to become carbon neutral by 2050, dealing with the shortfall of shearers and shed hands, committing to more research to enhance wool and sheep production and seeking opportunities to diversify into other overseas markets.

Voting for board positions by registered growers began this week.