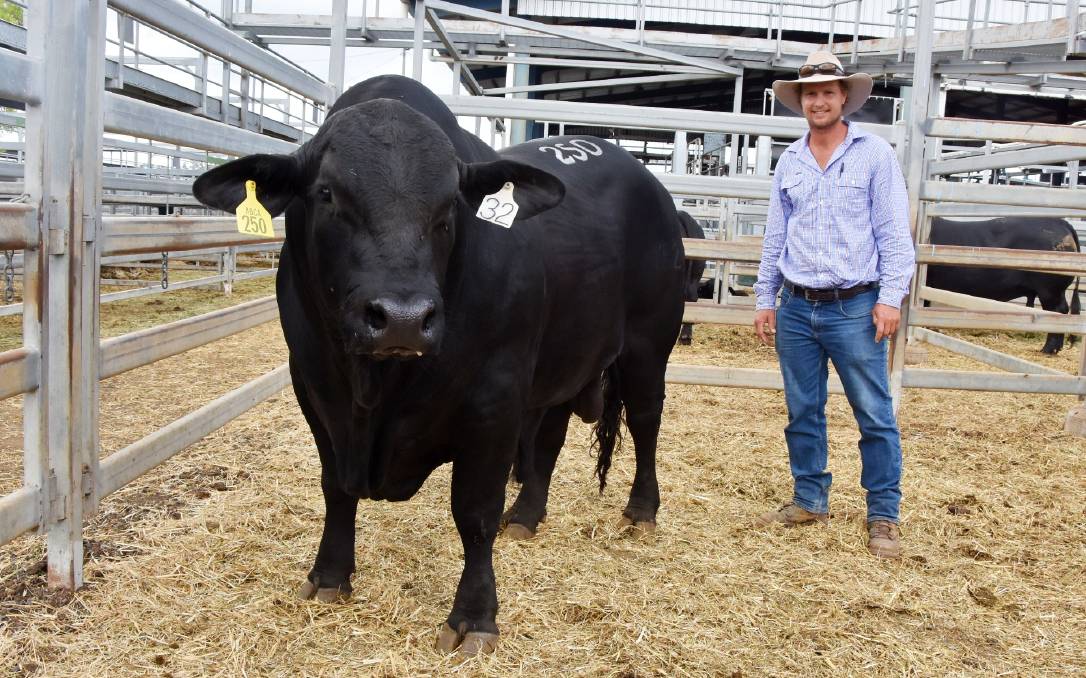 Your first time selling cattle at a new sale is always a nerve-racking ordeal, but imagine carting your cattle more than 1000 kilometres to a different state, not knowing if they'd sell.

Despite the nerves and strict border controls in place, the trip north to the 45th Rockhampton Brangus Sale at the Central Queensland Livestock Exchange has paid off for one upcoming New South Wales Brangus breeder.

Mr Hampson said he was nervous coming into the sale, but was "thrilled" with the sale outcome.

"I was definitely nervous in the lead up to the sale, more so when I was at home and then when I come up here to make you how the bulls would stand up, Mr Hampson said.

"It was little bit tough at the start of the sale and I was a bit nervous having the thought of taking my bulls home if they didn't sell, so I was happy to sell them all and that was my main goal.

"I had never been to the Rockhampton National Sale before and I wasn't really sure what to expect. I was mainly happy that I didn't come up to Central Queensland and embarrass myself. That was pretty much the number one goal." 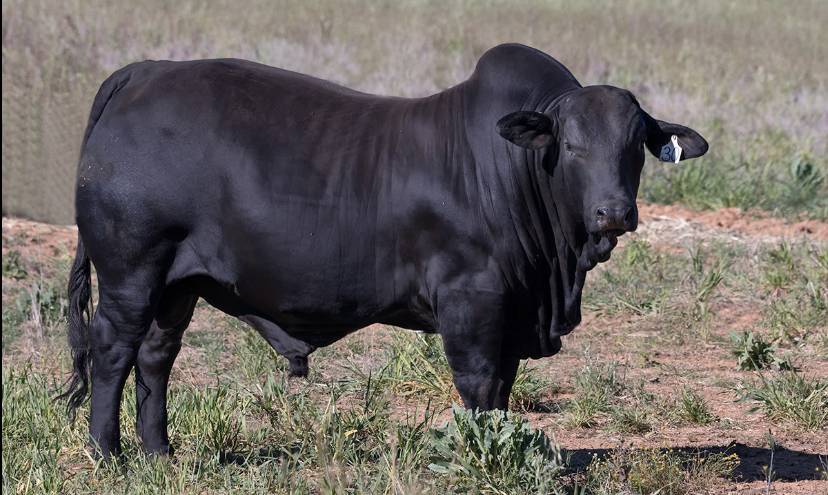 SIRE APPEAL: Sunshine 30 (P) sold for $18,000 at the Rockhampton Brangus Sale at CQLX on Tuesday.

Accompanied by his father, both cattlemen had to acquire border and freight passes to cross the border to sell their bulls.

Mr Hampson said despite the strict border controls in place and the logistics involved in carting the cattle, the stress involved in getting the passes was "well worth it".

"We had to acquire freight passes and we even rang the Covid hotline in regards to the boarding passes and they told us we had the wrong passes," he said.

"Though, we were pretty lucky to sort the passes out in the lead up to the sale."

As an upcoming Brangus breeder in NSW, the thought of not being "well-known" in Queensland played through Mr Hampson's head.

"I was definitely worried that no one had ever really heard of me before. I'm only a little person from a young stud over the border in NSW, but I cleared them all and topped at $18,000 so I'm really proud of that," he said.

"I want to keep coming back to Rockhampton for this sale so I've got plans to build my herd up and keep breeding quality genetics in my herd."

Jay runs a commercial and a stud operation at Warialda, which consists of 150 commercial cows and 50 stud females.

Mr Hampton registered his Sunshine stud around six years ago and started off with a small herd of cows from Bruce Woodard, Bonox Brangus, Taroom.

"When I was younger, we had Brahmans on the NSW coast and living on the Tablelands, Brahmans weren't as popular down here," he said.

"Everyone loves black cattle these days and so I thought I'd try breeding Brangus cattle.

"I have a bit of a soft spot for Brangus just their black coat and an animal that would do a job down there and sell a few bulls locally."

Mr Hampton said the recent sale success had boosted his confidence and he has plans to start an AI program with the stud cows later this year.