A glut in the avocado market is causing pain for Queensland farmers. 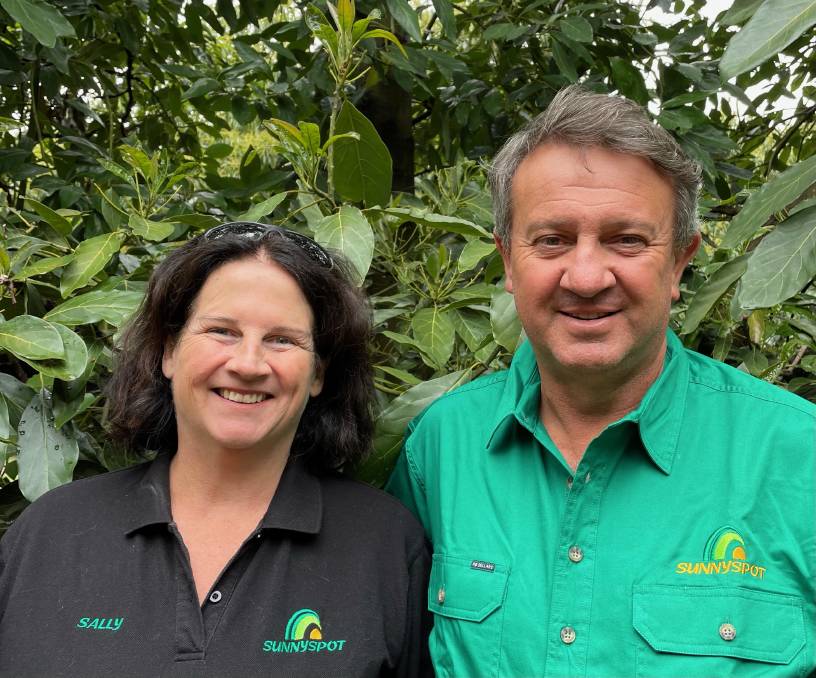 A swathe of new avocado trees coming online across the country combined with good growing conditions and locked down cafes has created an 'avo-lanche'.

The avo oversupply has driven prices down to $1.10 at some supermarkets.

Sunnyspot Farms directors Sally and Daryl Boardman, who have 15,000 trees at Ravensbourne, Hampton and Bundaberg, said the situation was tough for growers.

"We've got the perfect storm. Every growing region in Australia had a big crop, we've had COVID for two years, and we have got a lot of fruit," Mr Boardman said.

"We need the retail price to be at around $1.50 and above to make some money."

However, Mr Boardman remained optimistic about the industry's future.

"At the moment they're great value for consumers but not so great returns for growers, but let's hope at the end of this season we see consumption rise," he said.

"The one thing we haven't seen yet and hopefully we don't see for the rest of the season is the pictures of trucks dumping loads of fruit or people tipping avocados down gullies."

Queensland's avocado harvest for 2020/21 was the biggest in a decade at 53,987 tonnes. The national haul for that period was 78,085t, which is almost double what it was ten years ago.

The long-term forecast suggests Australia's avocado production is expected to continue to increase to about 170,000t by 2026.

Read more:Smashed avocado on toast as prices plummet with oversupply

Avocados Australia CEO John Tyas said about half of all Australian trees were yet to go into full production, so the issue could be an ongoing one.

"There has been some massive plantings in the last five years and this is why we're seeing this large increase, which is going to continue for years to come. It's not a one off thing - we're going to see volumes of production continue to increase," Mr Tyas said.

"A lot of growers are supplying at or below cost of production, so there's a bit of pain out there. That's why we're asking consumers to go and buy avocados while they're such great value."

Mr Tyas said about 20pc of Australian avocados were used in the food service industry, but with the country's two biggest cities - Sydney and Melbourne - locked down, the sector had been "smashed".

He said there was a silver lining, with the category set to grow and export opportunities to improve.