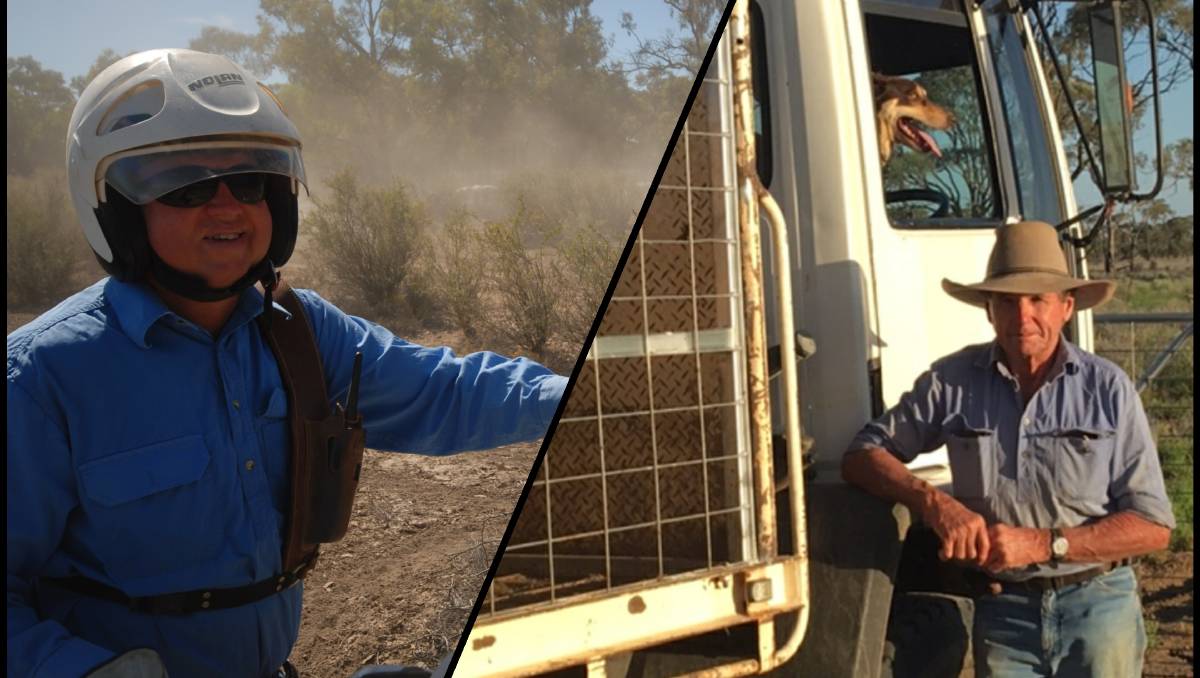 Whether at Wentworth in the far south west of NSW or at Longreach in Queensland's central west, graziers Angus Whyte and Mike Pratt have experienced some of the worst droughts Australia's rangelands have tossed up, and survived.

To do so, they've challenged preconceptions, in Mr Pratt's case, that cattle enterprises, while having a place in maintaining healthy stands of Mitchell grass in good seasons, can be maintained in the extended drought periods such as those experienced in the new millennium.

Mr Pratt told the conference that the Barcoo Shire country he and his wife Sue owned had been drought declared for 16 of the past 20 years and that their cattle had been on agistment for 60 per cent of that time, on 24 different properties.

"The penny dropped - we realised we had to run enterprises that were compatible with the land."

As well as running a self-replacing Merino ewe flock as their 'bread and butter' enterprise, they bought goats from Bourke, NSW.

To ensure its viability they erected 96km of exclusion fencing and said they had seen immediate benefits.

Gus Whyte, a self-proclaimed 'Cornfed' Longreach Pastoral College graduate, set the scene for his survival by stating that while conservative set stocking was considered best practice, he contended that it wasn't helpful in the long run.

"There's not a level of communication with agents and others because you're doing 'same old, same old', and it gets found wanting when drought sets in," he said. "There's too much focus on livestock and it's not balanced with landscape needs."

He uses a rolling rainfall average to make decisions with, because it gives him averages and he doesn't bet against the trend, and has a written policy to never feed commercial stock.

"We've deliberately removed that safety net so we make good decisions," he said.

Understandably after the last 20 years, managing in drier times was the focus for both Mr Whyte and Mr Pratt, with the former saying he asked himself what the critical component was to his operation to protect, when drought set in.

Tied with that was setting good examples for the next generation.

"The options to reduce pasture commitments are to sell, to feed, to agist, to lease the flock or herd, or to purchase more land," Mr Whyte said.

"A lot of people go to feeding when their stock aren't fit to load.

"That's extremely expensive and it doesn't always result in a good outcome.

"You can put the next generation off too, with years of feeding."

Another of Mr Whyte's mantras is to always have a mob ready to sell, to make the choice easy, and to see drought as an opportunity to refine thinking about productivity.

His statement that the only way he knew to make it rain was to see the tail lights of a truck raised a grim laugh of familiarity from the conference attendees.

Emphasising the difficulty producers faced, he repeated the mantra of hanging on to core breeders but making decisions early.

"I'm conscious that we run a grass business," he said.

"State of mind is key - you must look after yourself.

"Then comes the state of your land - that's how you make your money."