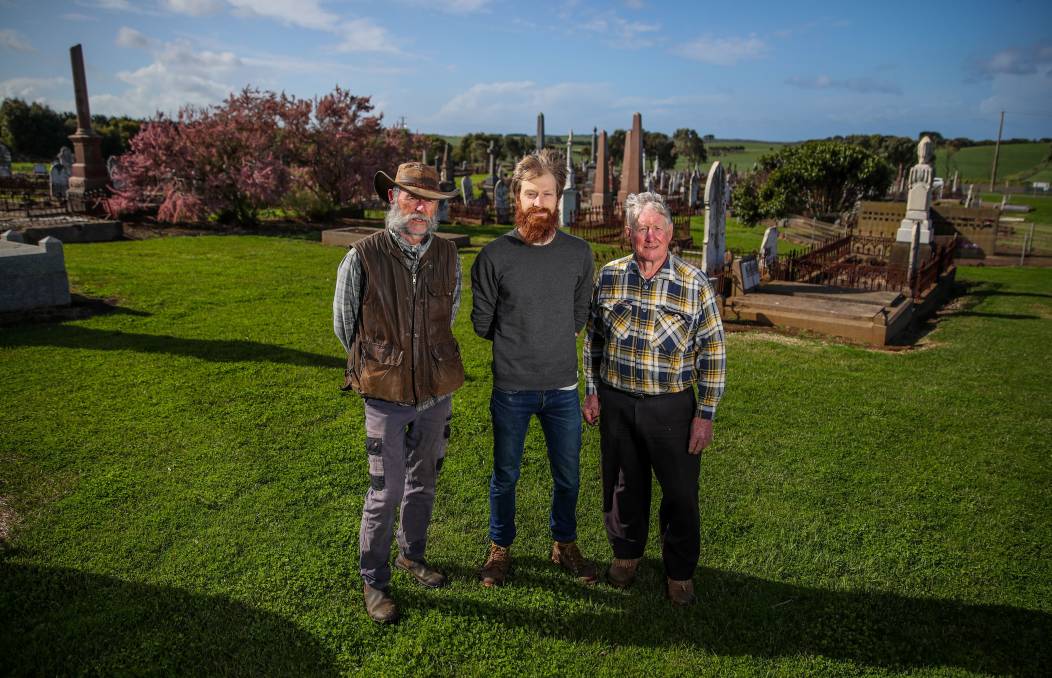 Rural communities are fighting to save their cemeteries.

Rural communities are fighting to save their cemeteries.

They fear local history has already been lost and the pioneers of the bush are being afforded little respect.

Century-old headstones lie cracked and broken, the departed have only weeds and rabbits for company.

Almost all the larger cemeteries have moved to low maintenance communal lawn sections for today's burials.

The older stone memorial sections are falling to ruin.

"Our pioneers and ancestors need to be protected, we have done a poor job of that."

Koroit, in western Victoria, is one community which is taking action to save its cemetery.

The Illowa Rabbit Action Group has been formed with volunteers working with the Tower Hill Cemetery Trust on the weekend to try and curb numbers.,

Some towns have taken to posting lists of family names in local newspapers hoping today's descendants will be stirred to repair these old graves.

But many times the family has moved on and are many generations removed from their forebears.

Money is short for the work, hence this final desperate call to families.

Councils mostly do their best, cemetery trusts are volunteers.

The financial scale of the restoration is imposing. 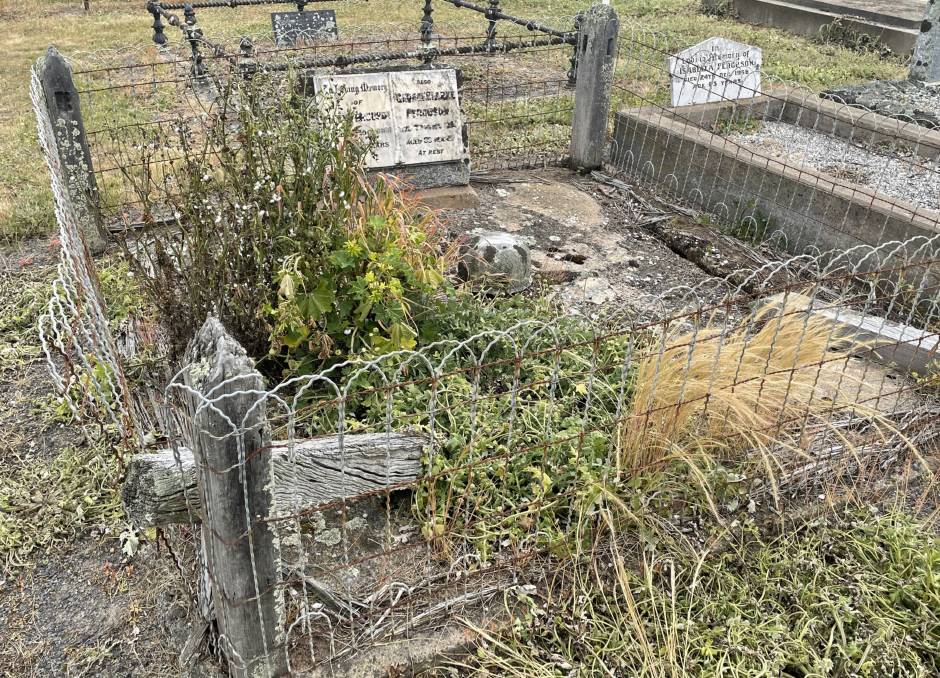 "Maintenance of headstones and monuments in the monumental cemeteries are the responsibility of the burial rights holder," local governments say.

Some communities are trying to bring life back to their cemeteries by organising tours to direct visitors to important historic graves, with pamphlets outlining their local importance.

To give some scale of the problem, the South Australia government has pointed there are 700 recorded cemeteries in their state.

The NSW government has produced a voluntary code of practice to help guide those wanting to maintain cemeteries.

In Queensland, councils have taken to direct families to pay for any repairs in monumental sections.

"Maintenance of headstones and monuments in the monumental cemeteries are the responsibility of the burial rights holder," local governments say.

"Council may conduct works to make an area safe but will not undertake repairs should a monument be damaged, vandalised or fall into disrepair."

Maintenance efforts are concentrated on the newer, lawn sections, of most rural cemeteries while weeds and rabbits are a constant problem in the rest.

Without the involvement of most times long gone family, it is left to cash-strapped cemetery trusts to maintain the older sections.

Headstones which are cracked or leaning dangerously are often laid next to the grave on the ground.

"It really speeds up its deterioration exposed to all the weather, but it's the best we can do," one NSW trust member, who did not want to be named, said.

Local historians say the closure of local churches had also seen the loss of parish records which are now only seen engraved on local headstones.

They said some pioneer cemeteries are in danger of people lost completely.

Koroit historian Kathy Baulch said some families were "particular" about the upkeep of their family's graves "unfortunately some are not".

Ms Baulch said many families were not aware of where their ancestors' graves were located.

David Handscombe of the Illowa Rabbit Action Group said volunteers had resorted to pouring stone gravel down rabbit holes around the older graves to try and protect them.

He said locals had tried fumigation where ripping was the best option but not available next to graves.

"It doesn't take long before the rabbits are back ...the place is already crawling with them again."

The story Communities rally to save their local cemeteries first appeared on Farm Online.