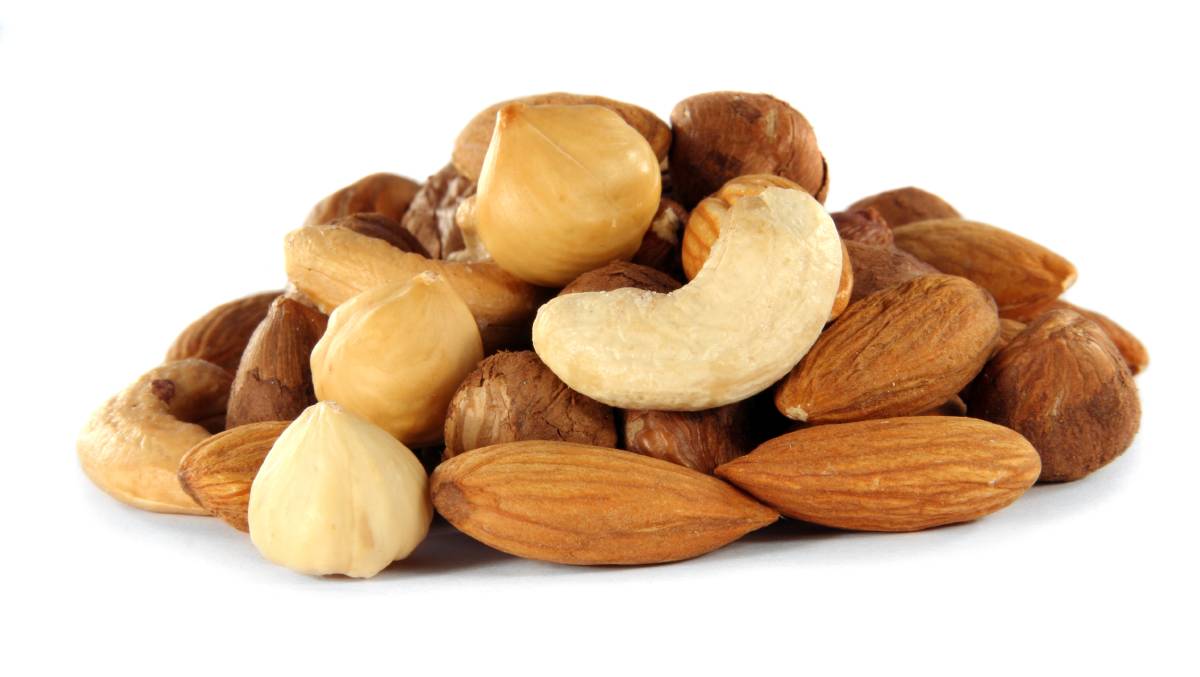 EXPORTS: The value of Australian nut exports decreased by 7.9 per cent in 2020/21 despite a significant rise in the volume of exports following increased production across most major growing regions. Photo: Shutterstock

A Rural Bank report shows the value of tree nut exports was down in 2020/21.

AUSTRALIA sent more nuts overseas but got less for them overall in 2020/21.

It said the value of Australian nut exports decreased by 7.9 per cent in 2020/21 despite a significant rise in the volume of exports following increased production across most major growing regions.

A substantial rise in global supply saw the average export price for Australian nuts fall by 27.9pc. Australia exported 130,018 tonnes of nuts in that period.

"This significant decline in price was the primary reason for the overall decline in export value," the report said.

China continued to be a major factor in the nut export figures.

The country remained the largest export market for Australian nuts in 2020/21, despite a decline of $104.1 million.

"This was the result of COVID-19 supply chain disruptions, trade tensions between China and Australia and a bumper harvest in California which provided additional competition," Rural Bank said.

But the deteriorating almond crop conditions in the US should see strong international demand for Australian almonds in 2022.

"This will likely drive the average price of nuts higher over the next 12 months," the report said.

Not surprisingly, almonds and macadamias were the two major nuts to get analysis attention within the report.

"This substantial increase in export volume both in Australia and globally saw the average almond export price fall by 35.2pc as a result," the report said. 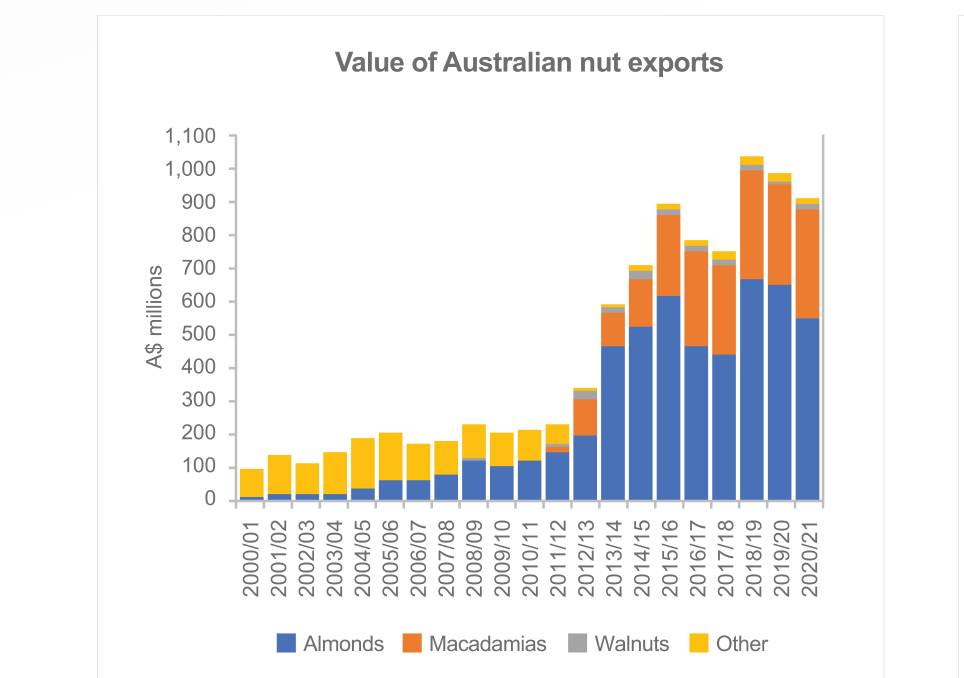 PLUMMET: The value of Australian nut export plummeted in 2020/21 on the back of falling almond export prices.

"Drought conditions in California should see almond prices begin to slowly appreciate towards the back end of 2021 and into early 2022 while Australian export volumes are expected to rise on the back of strengthening global demand for both natural almonds and as a value-added food ingredient, in products such as plant-based milks."

The United States Department of Agriculture has forecast a 10pc reduction in almond production from last year.

"The increase in export value was driven by a jump in export volumes which rose by 12.6pc. This jump in volume was accompanied by a minimal decline in average export price which fell by 4.7pc," Rural Bank said.

"A forecast increase in production will continue to support export volumes over the next 12 months."

Walnuts have seemed to turned a corner in terms of exports, although the rewards weren't as lucrative as they could have been.

"This followed two years of decline and was primarily due to an 87.7 per cent jump in export volume.," the report said.

"The rise in walnut export volume was driven by increased production throughout the major growing regions in New South Wales."

The Rural Bank report acknowledged a recent $550,000 grant from the Federal Government to boost nut exports over the coming years with the additional funding to be used to launch a market expansion program in an attempt to give Australian nut products more market share overseas.