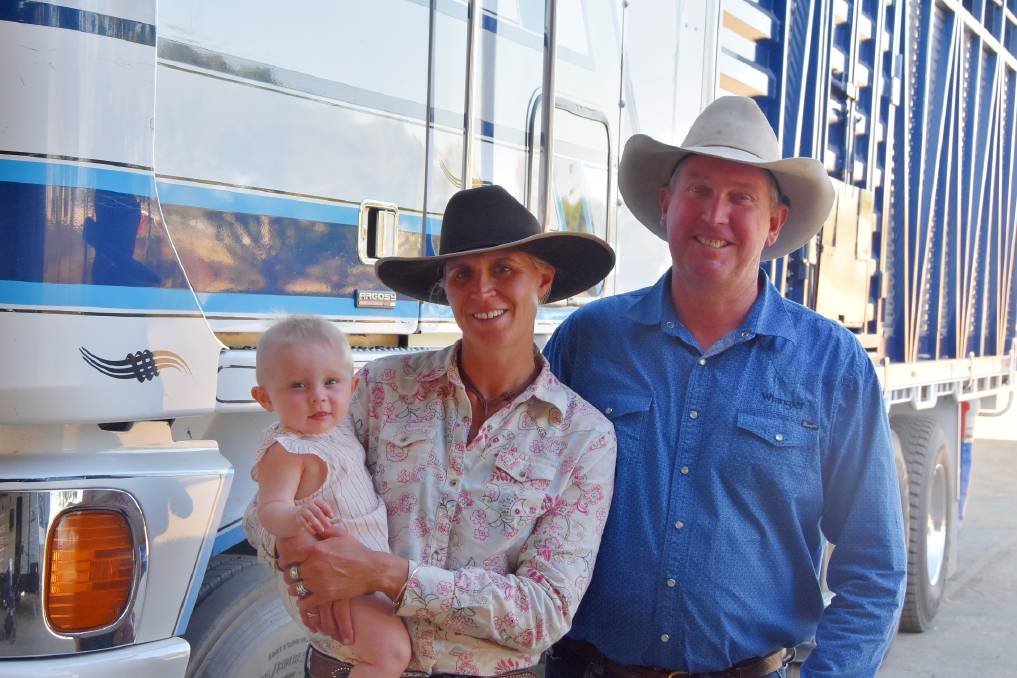 Unlike most Queensland Brahman studs, strict border conditions posed a challenge for some vendors in New South Wales in the lead up to this year's Rockhampton Brahman Week Sale.

But despite the strict border controls in place and the logistics involved in carting cattle more than a 1000 kilometres north to Central Queensland, the trip paid off for some NSW vendors who made the extra effort.

Across the three days of selling at Gracemere, six NSW Brahman studs sold 15 grey and red Brahmans for a strong average of $15,567 and a total gross of $233,500.

The venture north was especially worth it for a small Hunter region Brahman operation which saw their most successful Brahman Week sale to date. 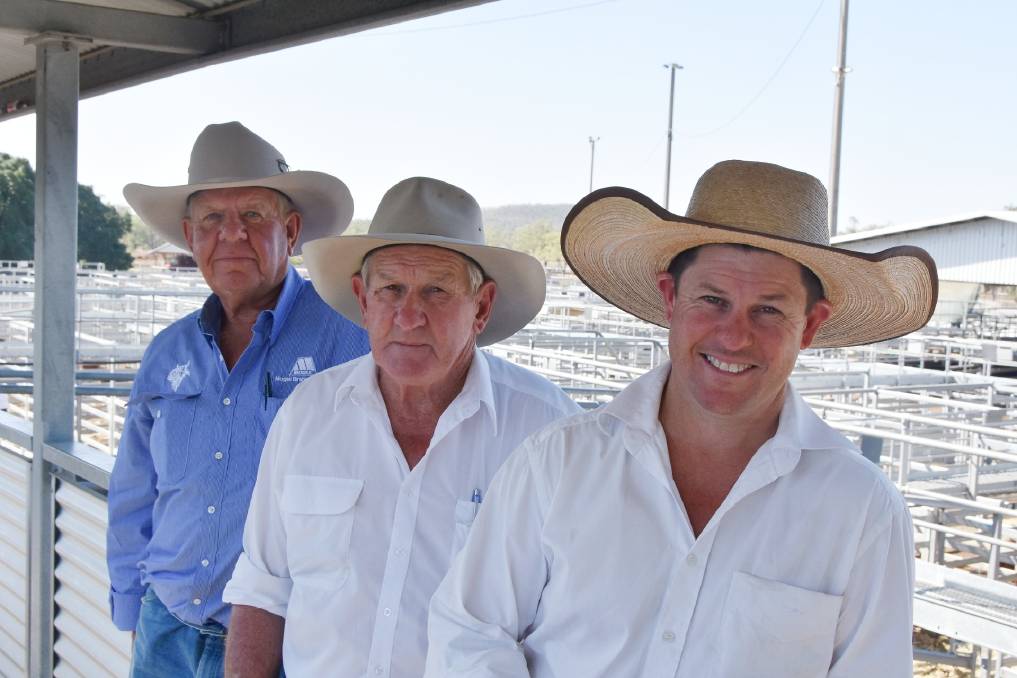 Elaine and Scott Edwards of See Performance Brahmans, Lassen Park, Wingen, NSW, had plenty to smile about on day two of Brahman week, after selling their two red Brahman bulls for a top of $65,000 and an average of $55,000.

In the lead up to the sale, the Edwards were able to adjust their bulls to the Central Queensland conditions at the Streeter family's Palmvale Red Brahmans stud at Marlborough.

After missing out on the 2020 sale due to COVID, Mrs Edwards said the process of getting their bulls to Rockhampton for Brahman Week this year was "well worth it".

"We're absolutely overwhelmed with the sale of our two bulls at this year's sale. We didn't really expect that price for our bulls, mainly because we're such a small stud from New South Wales and that we weren't as well known," Mrs Edwards said.

"We had to make sure that we we're both vaccinated and tested in the lead up to the sale before we could cross the border and explain that we rely on this sale for our business.

"We were really concerned in the lead up to the sale, as they could have closed the border at the very last minute, but we're absolutely stocked everything has fallen into the right place." 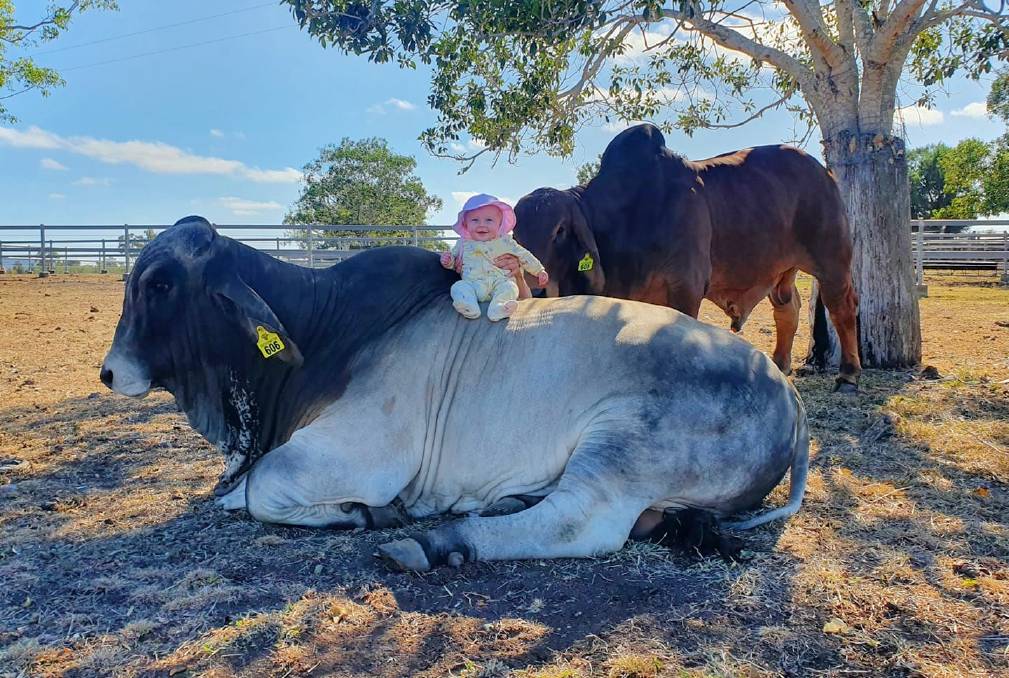 Eight-month-old Mia, with the two bulls that sold to average $55,000 at Rockhampton Brahman Week. Photo: Supplied

The Edwards sale success comes just two years since NSW experienced one of the worst droughts on record, which Mrs Edwards said their property struggled with limited feed and water.

"The 2019 drought did really effect our operation in Wingen, with the majority of our paddocks bone dry and little to no water in our dams," she said.

"Our little Brahman herd did thrive during this period, where as other Bos taurus breeders across New South Wales had to de-stock.

"The bulls that we sold recently were only calves during this period and to see them sell quite well at Brahman Week is true testament to the resilience of the Brahman breed."

The Edwards have been selling Brahmans at annual sale since 2018, and were overwhelmed with the support and guidance of other Brahman studs in the region.

"For those big operations to actually come and see us and recognize that we're bringing quality Brahman bulls to this sale, it really does mean something to us. There's nothing more assuring that you're doing the right thing," Ms Edwards said.

"Our aim at SEE Performance Brahmans has always been to breed quality, not quantity and we felt our bulls were worth good money, but when your small and even from then another state, you don't think other studs or big operations are going to have a look at your cattle.

"Our stud is only seven years old, and we're still trying to build reputation and this sale has really given us a good step towards it."

Their triumph in the sale ring, gave them plenty of confidence and assurance as they recently purchased a property in Rockhampton to commit to breeding Brahmans full-time.

Mrs Edwards said for the stud to go to that next level, they needed to move to central Queensland.

"We have plans to start an AI and IVF program with the mother of the $65,000 bull as soon as we move to Rockhampton," she said.

"We're giving up our full time jobs up and we've sold our property in NSW and getting rid of everything in except for the cattle and the horses that we still need to relocate north.

"We're going 100 per cent solely into this Brahman breeding and that something we've always aspired to do and I think after this sale, it's given us a bit more confidence that we're making that right decision."