Warwick's Shellie and Jeff Miller will compete at their hometown rodeo on October 28-31. 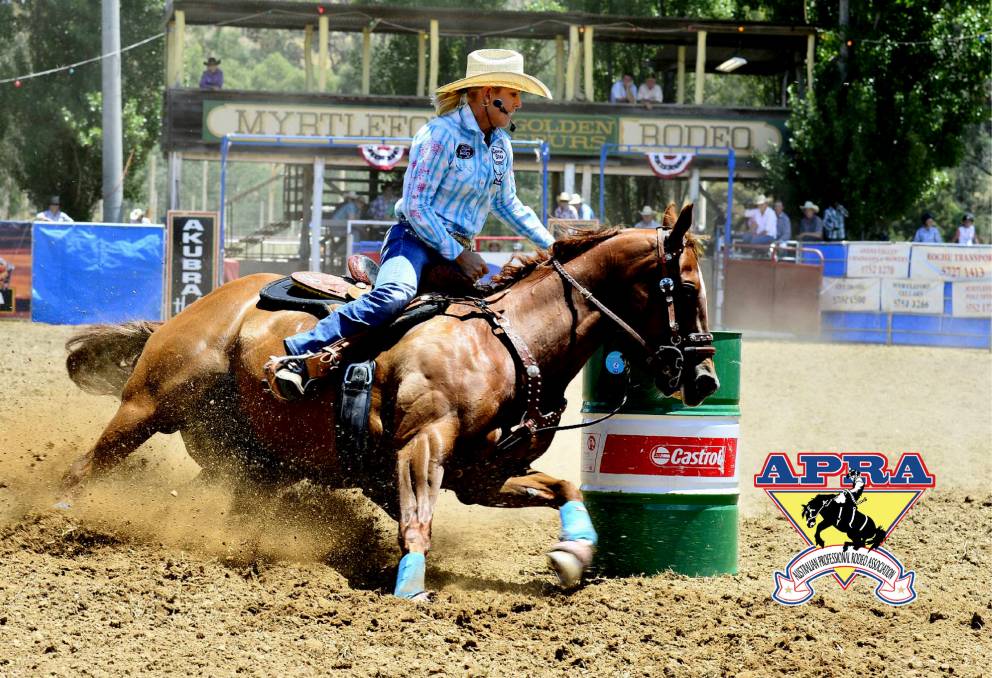 Warwick cowgirl Shellie Miller will compete at her hometown rodeo on October 28-31.

Miller will compete in the barrel race on her stallion Roc N Nickelback in an Australian Professional Rodeo Association rodeo in Warwick.

She will warm up for Warwick on October 23 at Wandoan which has a professional rodeo for the first time in more than two decades.

Due to COVID-19 border difficulties, there was no guarantee riders from Victoria and New South Wales would be able to compete in the national finals in conjunction with the Ariat Warwick Rodeo so the finals have been postponed until travel across all borders is a fact of life in Australia.

Down the years, Warwick has had up to 10 riders competing at their hometown rodeo.

Shellie and her husband Jeff are regulars on the circuit.

Jeff and their son Kobe have placed at the Warwick Showgrounds but Kobe is at college in Lamar, Colorado, and won't be home for the Warwick Rodeo.

He was placed in team roping in a college rodeo in America last weekend.

He is competing in roping and studying business at Lamar.

As a junior, Kobe won two team roping titles as well as an all around APRA junior title.

This year, he won the rookie team roping title in the APRA and has pro tour titles to his credit.

Jeff will compete in team roping this year at the Warwick Showgrounds and some of his toughest opposition will come from three Central Queensland cowboys - Campbell Hodson, Shane Kenny and Shane Iker.

A past winner at Warwick, Jeff has placed with son Kobe in team roping at the national finals. One of Jeff's best wins this year was at Biloela.

Numbers are strong this year across all APRA events but especially in ladies' barrel racing and breakaway roping.

Shellie, a past placegetter at Warwick, said two of the toughest riders to beat in the barrel race would be Central Queensland pair Leanne Caban and Zara Benjamin.

"I really like competing in the big arena at the Warwick Showgrounds," she said.

"I did compete in breakaway roping but now concentrate on the barrel race."

The first rodeo action at the Warwick Rodeo will be on the Thursday and Friday nights and then the rodeo events on the weekend will be on the same program as the annual Warwick campdrafting.

Second-division and junior events will also be held at Warwick on the last weekend in October.