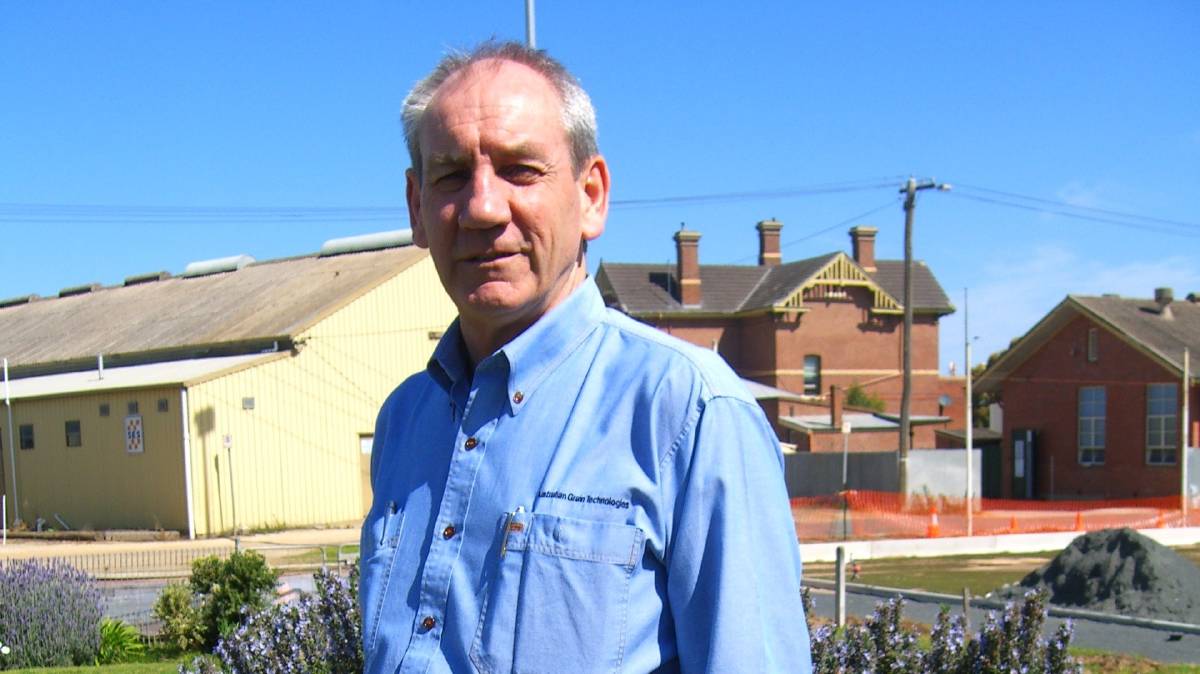 The person in charge of the committee setting next year's dairy levy poll options has defended its decision to not include zero or decrease options.

The person in charge of the committee setting next year's dairy levy poll options has defended its decision to not include zero or decrease options, while the outgoing Australian Dairyfarmers president says the process should be reviewed.

Levy Poll Advisory Committee independent chair Ron Storey said the committee had met its terms of reference, including one that ensured funding would underpin long-term research, development and extension for the industry.

LPAC last week announced the four levy options to be presented in the poll are:

NSW farmer Heath Cook and Queensland farmer Matthew Trace resigned from the committee last month in protest that it had failed to offer options that some levy payers wanted.

It is the first time dairy farmers will vote on the size of the mandatory levy since 2012, when 39pc voted for the levy to be scrapped altogether.

Regular votes were ditched in 2016, with industry leaders promoting savings of about $750,000 in costs but Australian Dairy Farmers president Terry Richardson said there had been unintended consequences.

"Nobody would have envisaged us being in the situation that we find ourselves now, where we have farmers pitted against farmers debating the process, let alone the recommendations that have come forward," he said.

"I think that says, yes, we do need to ask if the instrument is suitable or what was intended."

It was also possible, Mr Richardson said, that farmers who wanted a reduction in the levy were not opposed to investing in research - instead it was "an expression of their view of Dairy Australia".

Although Dairy Australia conducts regular surveys of levy payers, Mr Richardson said it had not shared any data with the ADF on the willingness of farmers to fund the service body.

Mr Cook told the Australian Dairyfarmer he did not believe levy payers had been heard.

"I've been reticent to say anything, as I am bound by confidentiality clauses," he said.

"But I am standing by my view that the terms of reference have not been adhered to."

Mr Cook said he thought research, development and extension were vital for the long-term future of the industry, but that was not the issue.

"It is about giving farmers the right to choose," he said.

"If you want to add credibility to the process, you must have realistic choices.

"When the ability to choose is removed, well, that's called control."

Mr Cook said the poll needed to offer all dairy farmers the right to change the levy the way they wanted it changed. 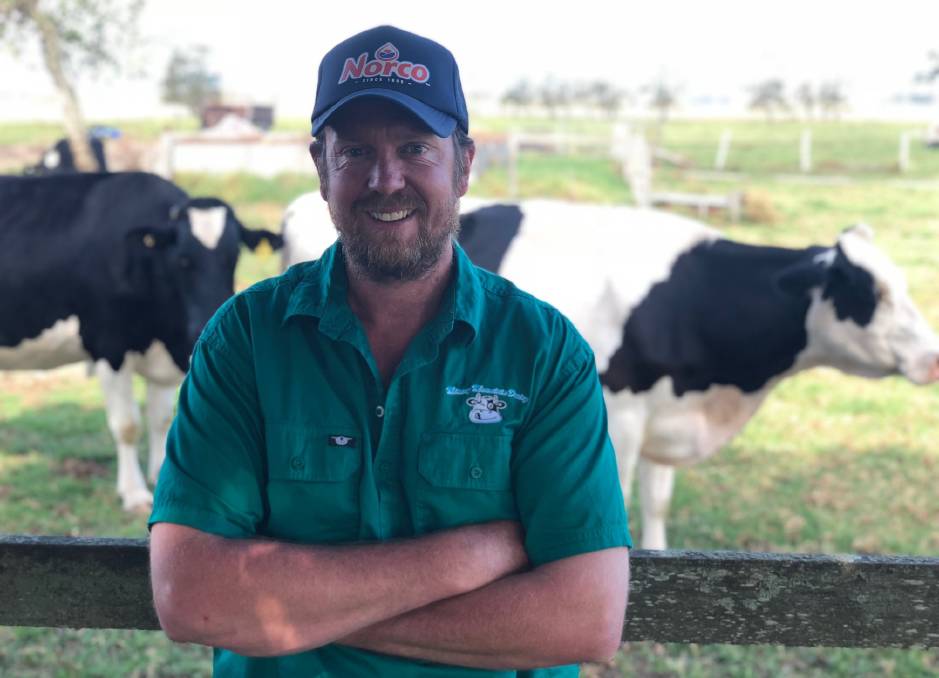 Mr Storey said he respected the choice of Mr Cook and Mr Trace to resign from the committee.

Other members of the committee had a different view about meeting the terms of reference.

"The discussion came down to two core issues under the terms of reference," he said.

"So, in effect, those two things create a tension, which we discussed often," Mr Storey said.

"So what will underpin the long-term research, development and extension strategy, and at the same time, do the changes, the options that are being put in the poll, accurately reflect the views of levy payers."

Mr Storey said the two committee members who resigned felt the feedback they received from farmers was that they weren't convinced about the value of the levy and that they would like to see a decrease.

Other committee members said they recognised there was a disaffected group who did not see value in the levy but they needed to balance this with the vast majority of views they heard from other farmers across Australia, who were reasonably satisfied.

These views also needed to be balanced with the other requirement to underpin long-term research and development for the industry.

The committee had sought independent legal advice about what it should do about this issue and was told it was up to the committee to decide how much weight it should place on each of these factors.

Mr Storey said the committee had also been determined to base its decision on facts and evidence, not just opinion.

It would listen to everybody but would be guided by the evidence, including the return on investment for research undertaken with levy funds, the current level of reserves, the movement in the levy in the last 10 years and the projections for the next 10 years, he said.

LONG-TERM RESEARCH: The Levy Poll Advisory Committee was bound to ensure the poll options would underpin the long-term research, development and extension strategy of the dairy industry.

There was quite a low level of understanding among farmers about how the dairy levy was invested, he said.

There was also a low understanding of what a zero or optional levy would mean.

A zero levy would mean the withdrawal by the federal government of about $22 million in matching funds it currently provided.

The matching funding was provided by the government because it recognised farmers were themselves investing in research and development.

So a zero levy would not underpin long-term research, development and extension - meaning the committee would fail to meet one of its terms of reference.

"They reached the same conclusion about decreasing the levy ... it would not underpin long-term research strategy for the industry, it would undo it," Mr Storey said.

"The easy decision probably would have been to include a decrease on the ballot.

"The committee took the view it had spent many months on reaching the right decision, not the popular decision."

They didn't think putting a decrease option sent the right signal about ensuring the long-term research needs of the industry.

Mr Storey also defended criticism that the committee had ignored the views of farmers who had responded to a website it had created to allow for input.

He conceded that the majority of the 35-40 responses on the website were negative.

But most of these responses were anonymous one-line comments such as 'I see no value in levies'.

Mr Storey said those views were countered by farmers who had taken part in open Zoom sessions.

These sessions had attracted around 40-50 farmers, including some well-known critics of DA who had attended all three Zoom meetings, and the majority of farmers at these had expressed support for an increased levy to underpin future research.

Mr Cook said eight of levy poll committee members were somewhat compromised in terms of their current or former association with DA, its Regional Development Programs or Australian Dairy Farmers.

This meant they supported the DA submission.

"It brings into question their ability to reflect the opinions of levy payers," Mr Cook said.

But the federal legislation underpinning the levy poll process says "LPAC must take into account the recommendations" of DA and ADF.

The legislation says the committee "may take into account any other matters that it considers relevant".

Mr Storey rejected the notion those committee members had a conflict of interest and were "trying to feather bed" the RDPs or DA.

These people had been selected to the committee precisely because of their knowledge of R&D and understanding of how the funding arrangement worked, he said.

While federal Agriculture Minister David Littleproud said he could not change the outcome of the committee's decision, he did draw attention to the possibility of reform.

"The current legislative instrument governing the dairy levy poll does not grant me, the Minister for Agriculture, the authority to amend or add to the levy poll options recommended by the LPAC," Mr Littleproud said.

"This process was agreed to in 2016 following a review, industry consultation, and a vote by levy payers.

"I am bound by this process.

"However, levy settings remain for industry to decide, and the industry is able to and welcome to submit a proposal to government to change the levy process."