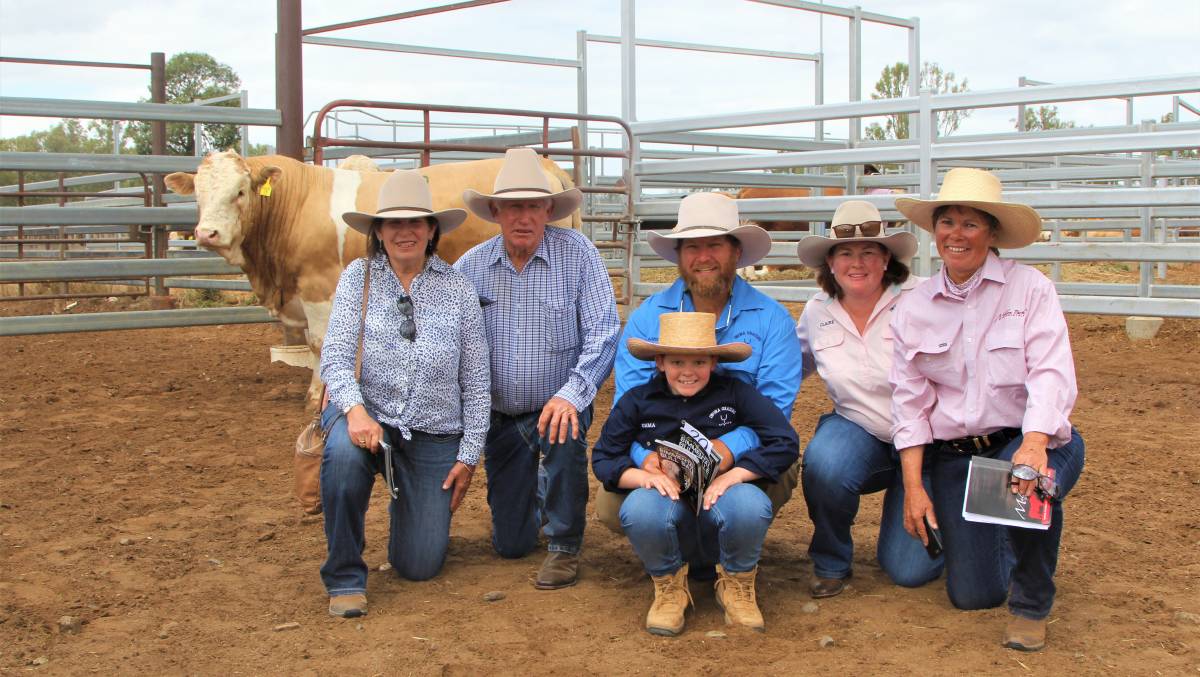 Knowing exactly what type of bull they wanted, plus the determination to buy it, secured Iwona Partnership, based at Mitchell and Hannaford, the top priced bull at the seventh annual Meldon Park Simmental bull sale, held at its new Rolleston venue on Tuesday.

Knowing exactly what type of bull they wanted, plus the determination to buy it, secured Iwona Partnership, based at Mitchell and Hannaford, the top priced bull at the seventh annual Meldon Park Simmental bull sale, held at its new Rolleston venue on Tuesday.

That result helped the sale, which included invited vendors KBV Simmentals and Navillus Park Simmentals, blow last year's average of $9212 out of the water, posting a new average price of $11,599.

The Walker's Iwona Partnership were new faces at a sale characterised by the smell of rain, good humour and an appearance by Dicky Knee, and Mr Walker Senior said it was the Skene's reputation that had drawn them along.

"We looked at the catalogue and videos and selected from that, and what we saw today confirmed our impression," he said.

"The bull's confirmation was correct, he had really good intramuscular fat, and a good temperament.

"We like to grade high in MSA and we think these bulls will help us do that - we'll breed from them for years now."

His semen morphology was 91pc. 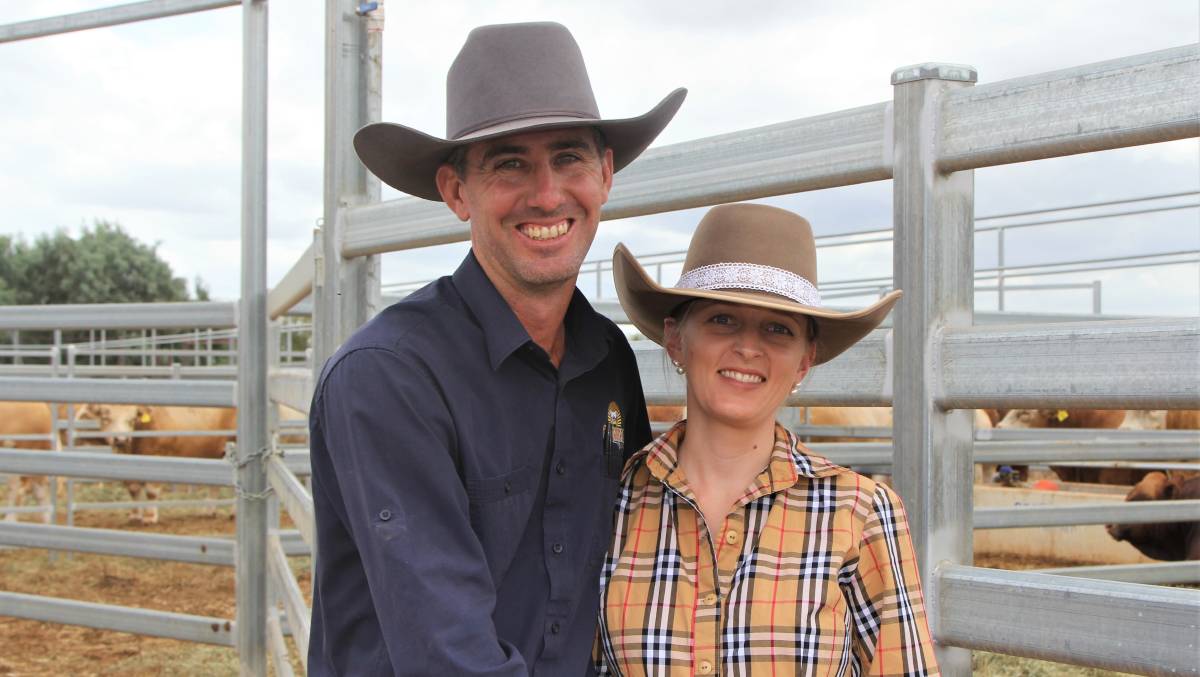 The sale got off to a good start when Beef 2021 breed grand champion bull, Meldon Park Queanbeyan was knocked down to Ticoba Simbrahs, Mundubbera, for $20,000.

The second top price though belonged to Meldon Park Q138 who was sold to Farlane Park Grazing, Middlemount for $25,000.

He was another Meldon Park Hugo son out of a dam sired by Lucrana General(P), which stud principal Lis Skene said had proven to be good crosses.

"We're thankful to all new and repeat buyers, who followed us to the new selling facility," she said. 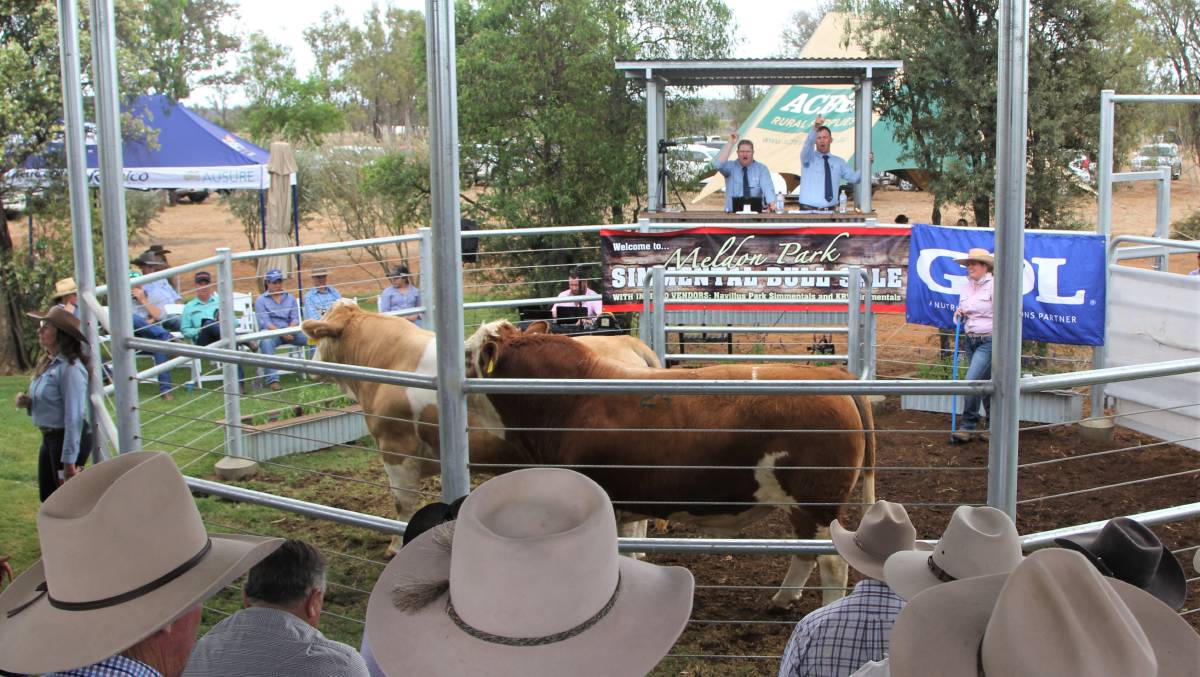 The new selling complex in action.

Farlane Park Grazing topped the volume buyer list for the sale, selecting six bulls for an average of $15,500.

Just behind them were Winton's Mal and Cindy McQueen buying five prospective sires via the online platform for an average of $7800.

Loretta Smith, part of the Murray Smith Family Trust based at Bauhinia and Khyber, Augathella, was a repeat buyer and said their three bulls would be put over Santa Gertrudis cross cows for the the Jap bullock market.

KBV Simmentals sold all five of its bulls in the catalogue to new buyers, topping at $17,000 for KBV Quebec, to Trevor and Jenny York, Wallumbilla.

The other invited vendor, Navillus Park Simmentals, based at Kenilworth, sold the four bulls it catalogued. Its top bull, Navillus Park Q57, selling for $17,000 was one of those secured by the McQueens at Winton.

The online audience bidded on 80pc of the offering and successfully bought 21 of the bulls from locations such as Garah, NSW, Moonie, Nebo, Harrisville and Biloela.