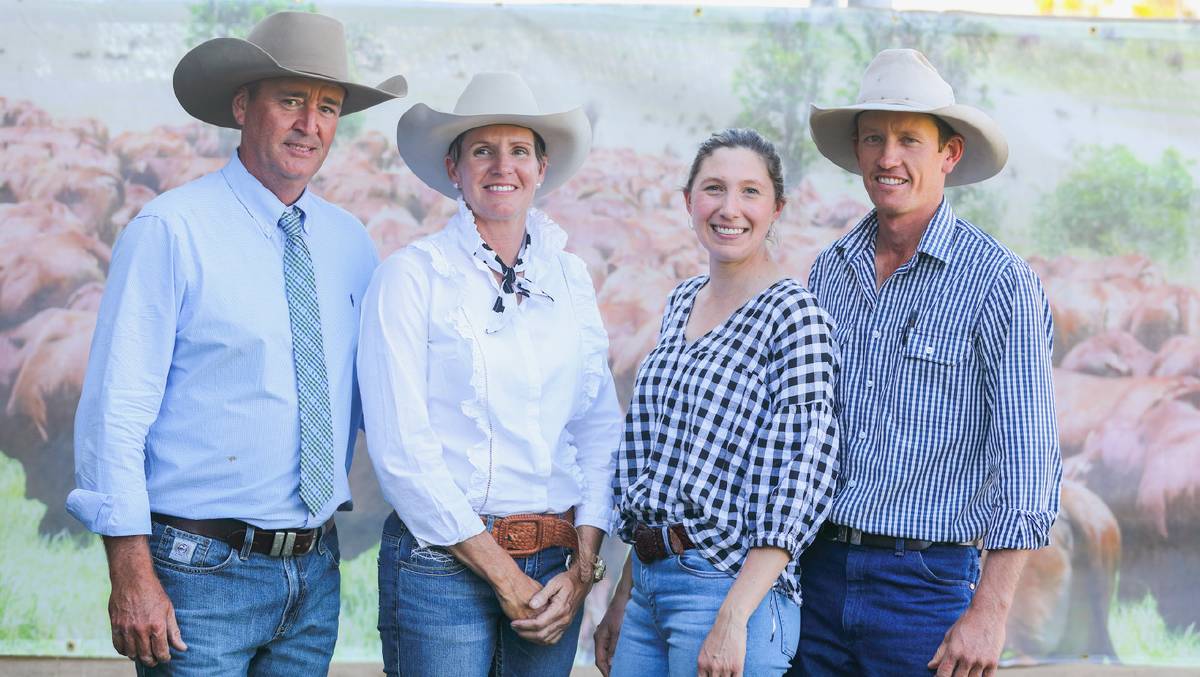 Vendors, the Childs family, witnessed strong, consistent and sustained demand from leading commercial and seedstock operations in their physical product from across Queensland and the Northern Territory.

A new breed record average of $22,818 was set, culminating in a record gross of $4.335 million for a private-vendor Droughtmaster sale ending in another complete clearance.

The market saw a $4830 increase in average values over the 2020 record result with an extra 18 bulls sold compared to the same period.

From the outset, buyers backed and vindicated the genetics, preparation policies and testing parameters adopted by the prefix in a breathtaking display of confidence in the physical product on offer. 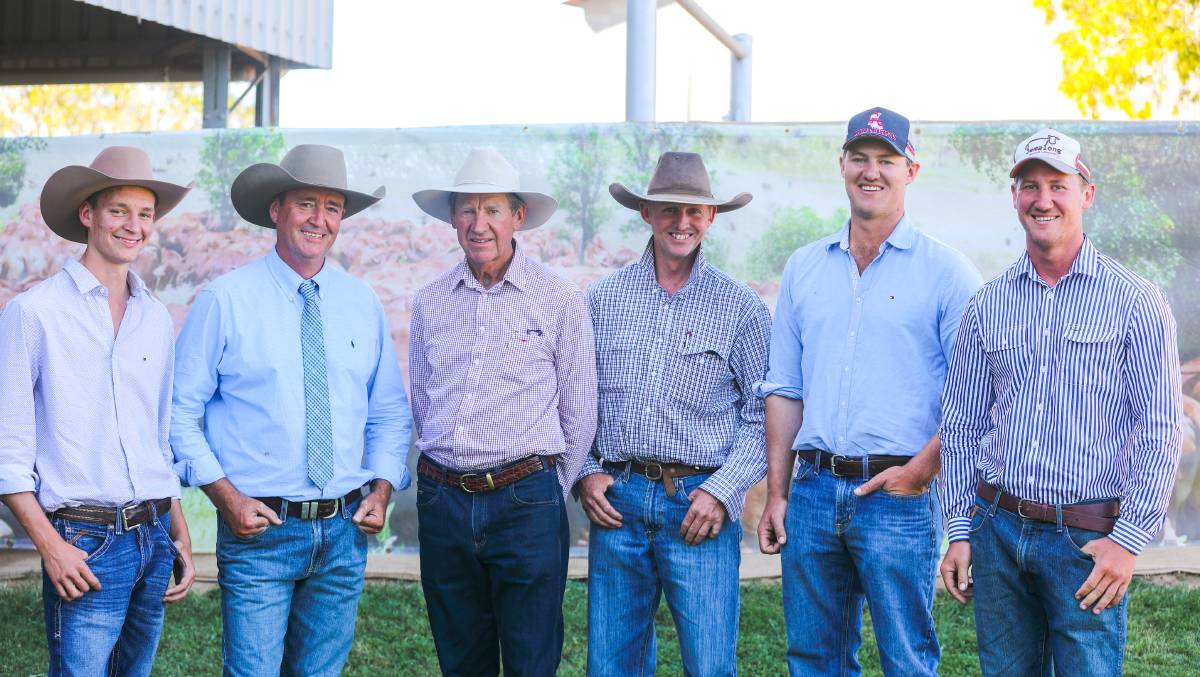 The IVF product weighed 890 kilograms and posted a daily gain of 1.33kg, scanned 16mm and 14mm, respectively, for P8 and rib fats, and 137 square centimetres for eye muscle area.

Robert and Carly Johnstone, Dawsonvale stud, Banana, secured the other bull at the same figure, the 22-month-old, 830kg Cool As A Cat (PP) also marketed in a three-quarter share, full possession arrangement. 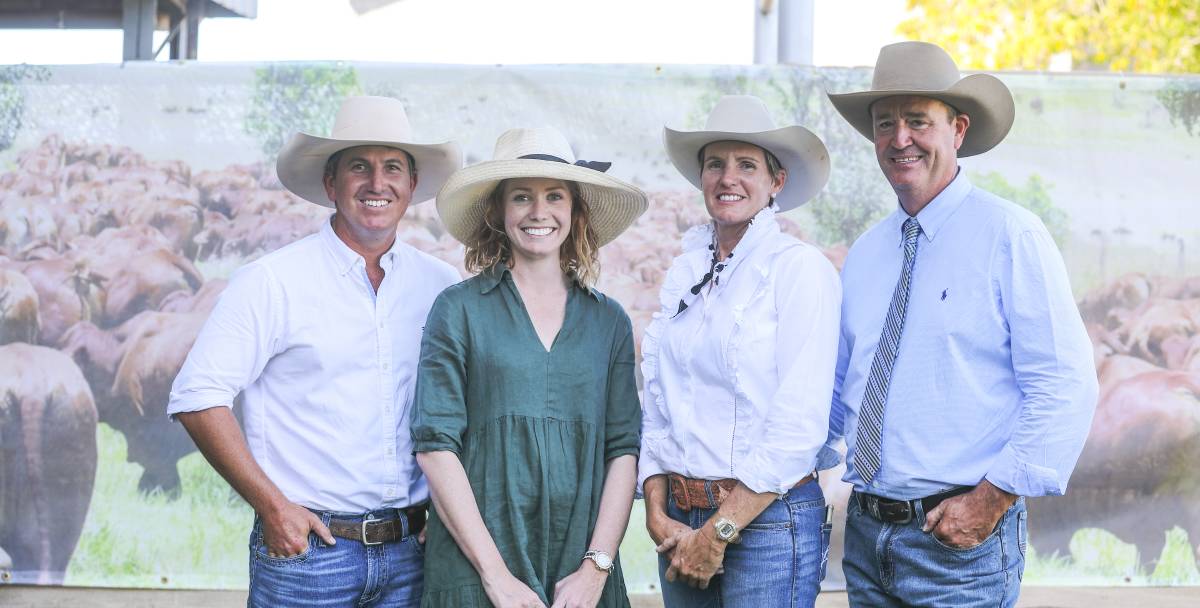 Wayne and Ingrid York, Karragarra stud, Emerald, with Helen and Darren Childs, Glenlands stud. Karragarra will be the home of the $95,000 Carbine (P).

Long-term clients Charlie and Jackie Hawkins and family, HC Pastoral and HC Grazing, Toowoomba, signed off on 30 to average an economical $13,633, topping at $20,000. This major investment was 16 per cent of the catalogue.

Michael and Angela Corones and family, Maclands stud, Bororen, invested on average $49,000 for their four acquisitions. Top of these was $65,000 twice for 23-month-old sons of Glenlands D Sundowner and Glenlands D Utube, respectively.

Dan and Holly Dzundza, Penjobe, Springsure, returned to take four for on average $22,500, topping at $28,000 for another of the Orient sons on offer.

They've long been known as industry leaders, but the record-breaking result saw the Childs family soar to new heights on Friday.

Not only did they achieve the breed record gross of $4.335m, it is also believed to be the highest-grossing single-vendor bull sale in Australia.

It's a result that vendor Darren Childs can only describe as 'amazing'.

"When it really hits home is the morning of the sale you look around the crowd and there's a lot of people that you know and have been there for years, but the fact that they're prepared to back your product to that extent and leave that sort of money behind at the end of the day, that's really humbling and that's the bit that takes a bit of believing," he said.

"It was an exceptional result and we're certainly overwhelmed with the support that we received." 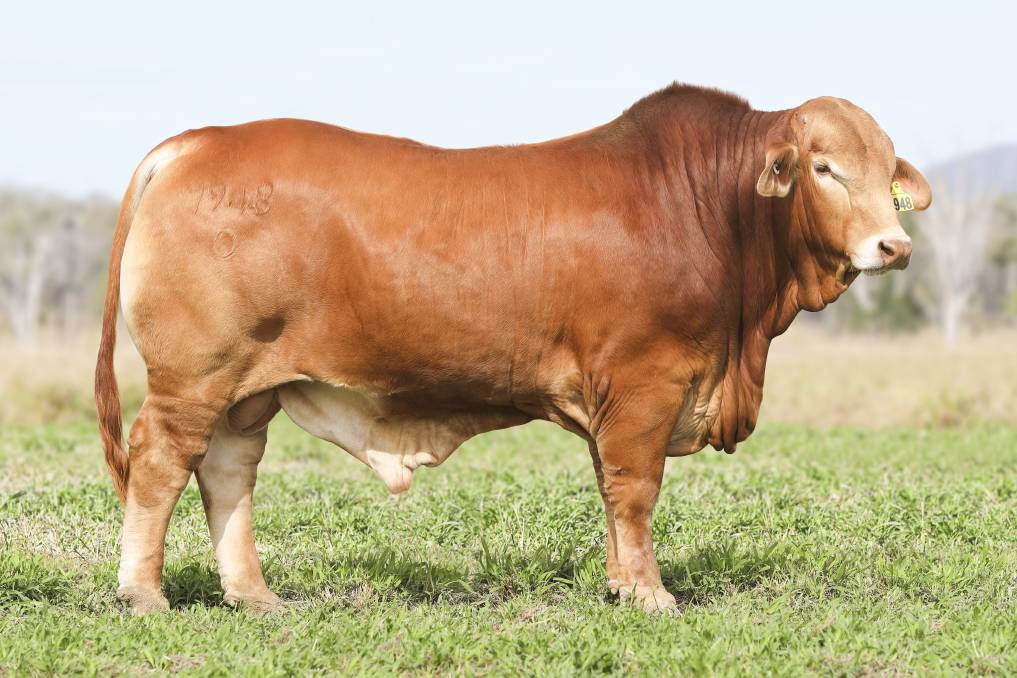 Mr Childs said the offering was the strongest line of bulls they've presented to date.

"They were consistently strong from the start through to the end and I think that showed in the results too," he said.

"It gives an assurance that what we concentrate on is what the market's requiring and I guess what we do is underpinned by the fact we say we're commercially focused, and that's not going to change.

"We're continuing to try to improve things within our cattle and that's never going to change, we never sit down and say 'they're good enough'.

"But it's just about a balanced approach so we're doing more IVF work, we're trying to multiply that top line, and although they were consistent this year, we still look at them and think we can make them better."

The result comes at the back end of a strong selling season, which has seen new benchmarks set across breeds, ages, and states.

"There's certainly an underlying confidence in everybody and obviously that's on the back of an extremely strong market," Mr Childs said.

"And I think there's a realisation too, that it's going to be around for a while so people are looking to re-invest into better genetics.

"They've obviously got that little bit extra money to do so given the way the commercial market is at the moment, so it's all very positive."