Sixteen Central Queensland based Brangus breeder offered an impressive line-up of 101 bulls and females at this year's annual sale on Friday.

Queensland's top Brangus genetics were offered at this year's Central Brangus Classic female and bull sale held at the Central Queensland Livestock Exchange in Gracemere on Friday, with the sale hitting a high of $52,500 for a Brangus herd bull.

Sixteen central Queensland-based vendors sold an impressive line-up of Brangus bulls and females, with a total of 101 lots offered and 99 selling, to represent a 98 per cent clearance. Averaging $10,510, the sale achieved an overall gross of $1,040,500.

It was Tannyfoil P79 (P) that attracted a fierce bidding war, snagging the attention of several bidders.

Offered by Tannyfoil Brangus stud principal Gavin McKenzie, Blackwater, it was Hardy and Wendy Woodard, Knockbreak Partnership, Eidsvold, who knocked down the final bid of $52,500. 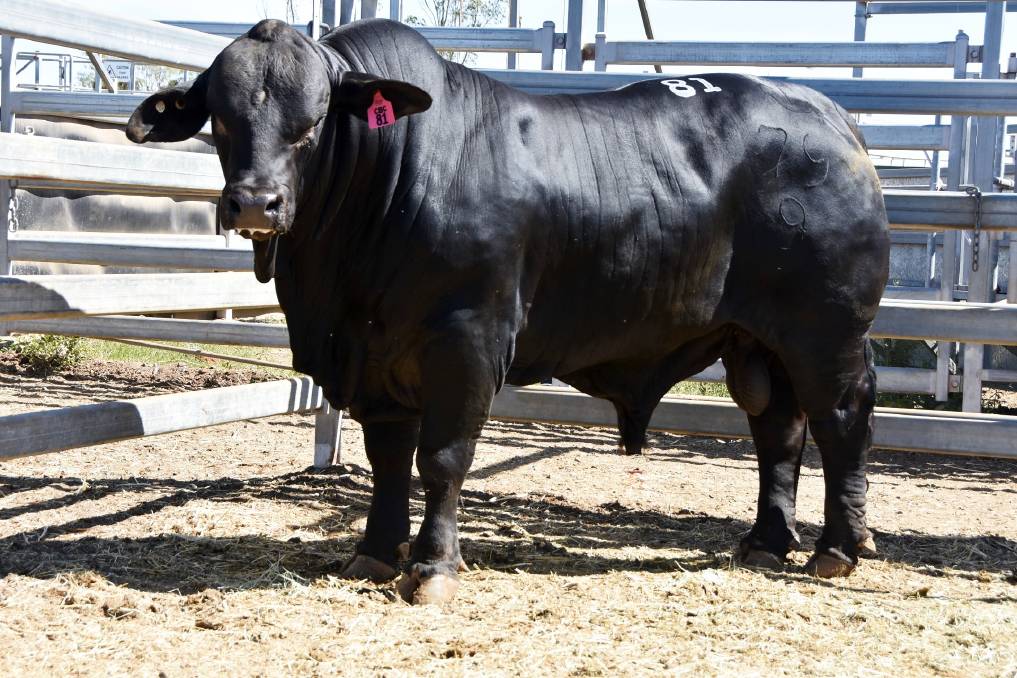 BIDDING WAR: Tannyfoil P79 (P) had the sire appeal and growth figures to back him in the ring on the day.

Sired by Bonox 822 and out of Tannyfoil 76, the masculine and well conformed 34-month-old tipped the scales at 895 kilograms, scanned 147 square centimetres for eye muscle area, 13mm and 11mm, respectively, for P8 and rib fat, and 5.0 per cent for intramuscular fat.

With a scrotal circumference of 45cm, he scored 80pc for semen motility.

The first was Night 034, the only bull offered by Niel and Angela Woodard, Night Brangus, Taroom, who sold for $35,000 to Mark Lloyd, Bullrush Pastoral, Mavis Downs.

The sire prospect measured a scrotal circumference of 41cm, 133sq cm for EMA, and had a P8 and rib fat depths of 12mm and 9mm respectively, and an intramuscular fat percentage of 5.6pc. 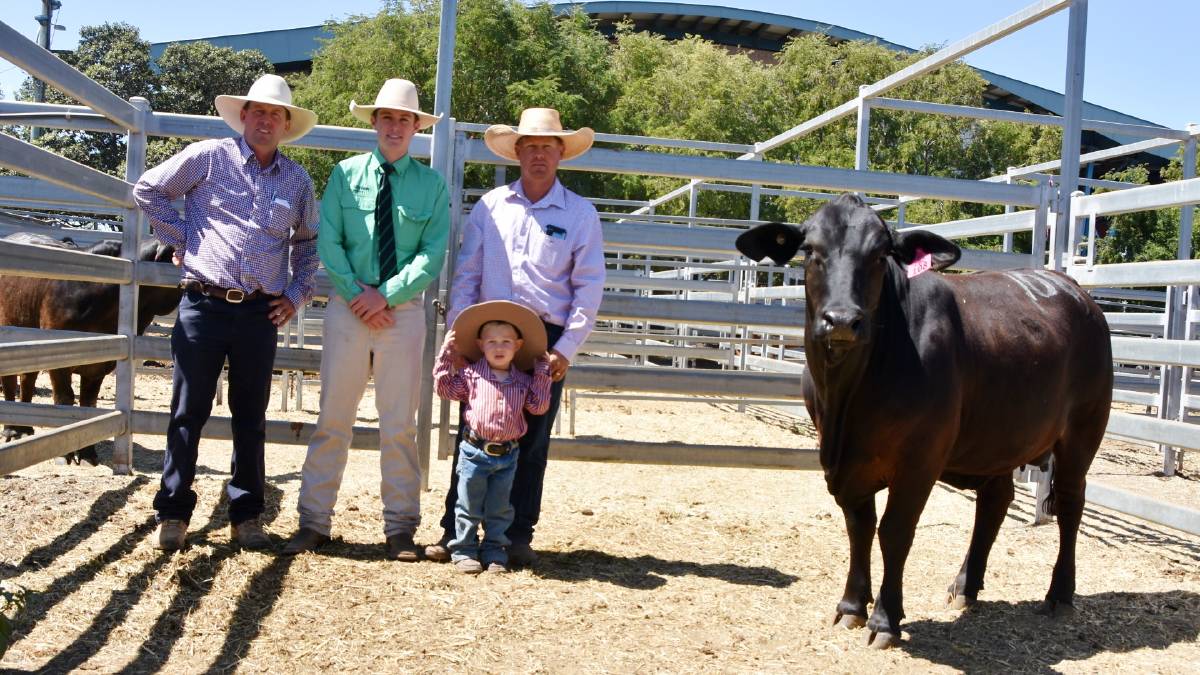 The other equal second-top price bull was offered by the Tannyfoil Brangus stable, with the offering of Tannyfoil P94 selling to Rodney Johannesen for $35,000.

He tipped the scales 871kg, measuring a scrotal circumference of 40cm, 138sq cm for EMA, and had a P8 and rib fat depths of 13mm and 9mm respectively, and an intramuscular fat percentage of 5.2pc.

An exceptional draft of females were offered at this year's sale, but it was the 18-month-old daughter of Couti-Outi underwood (P) and Couti-Outi Ubangi (P) that impressed the buyers' gallery and topped the female sale on the day.

The sale presented an opportunity to bulk buy, with multiple operations paying bringing out the cheque books to secure quality Brangus genetics.

BeeBlee Pastoral Co at BeeBlee Station, Connors Range, purchased six bulls with two bulls topping at $18,000, for an average of $14,167.

John Collins at Gogango sold nine bulls and two heifers for an average of $7909, while the Duncan and Karen Geddes, Telemon Brangus, Springsure, sold three heifers and seven bulls to average $7850.

Lawson Geddes sold 11 bulls and three heifers for an average of $7785, whilst the Maguire family at Emerald sold six bulls to average $7500.

Brent and Maree Woodard, Duaringa, sold ten bulls to average $7100, while BN and LJ Woodard, Taroom, sold eight bulls and two heifers for an average of $15,650.

Neil and Angela Woodard, Night Brangus, Taroom, sold one bull for a top of $35,000, while Clayton and Nikki Woodard, Duaringa sold two bulls to average $9000.