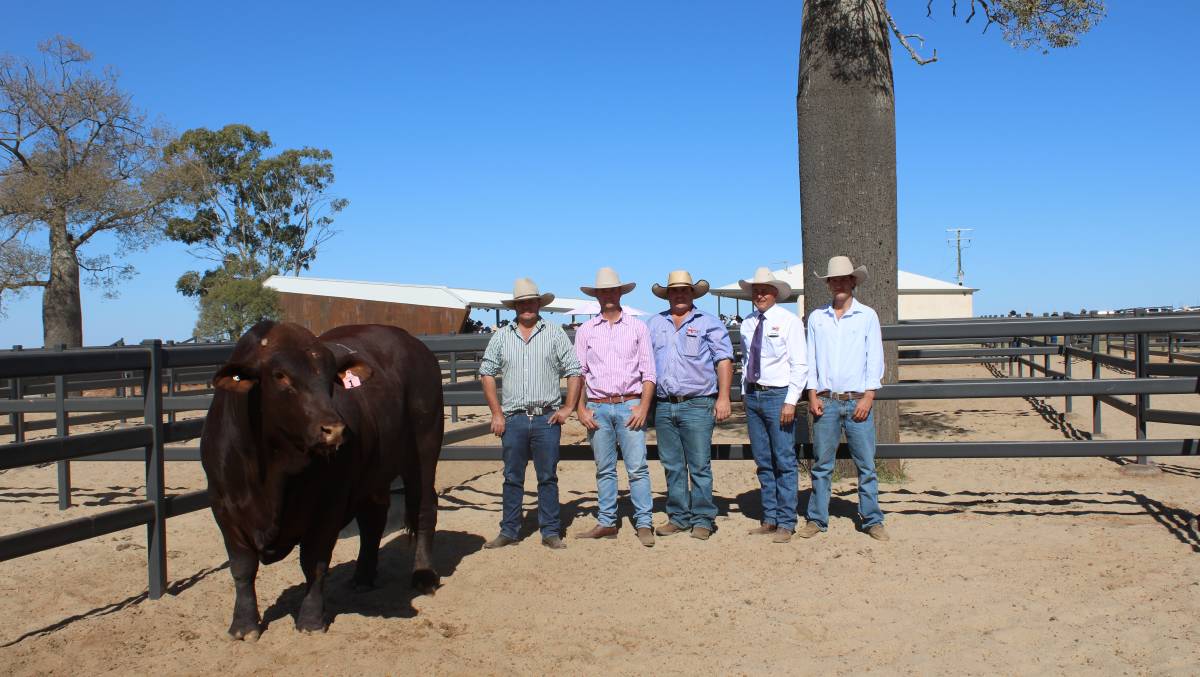 The atmosphere was electric at the first solo Waco Santa Gertrudis bull sale held at David and Suzanne Bassingthwaighte and family's new depot on Thursday.

The atmosphere was electric at the first solo Waco Santa Gertrudis bull sale held at David and Suzanne Bassingthwaighte and family's new depot on Thursday.

After selling with the Yarrawonga stud at Wallumbilla for the past 61 years, the Bassingthwaightes relocated to a new purpose-built selling complex west of Mitchell, which was built by local contractors.

Overall 105 bulls averaged $20,780, selling to many repeat and new buyers who took the time to travel to see and take an interest in the Bassingthwaighte's operation.

David Bassingthwaighte said they were humbled by the support shown from the buyers and underbidders who attended the sale.

Brett Hatton said the bull was the complete package, with a beautiful nature.

He was one of three bulls the Hattons bought for an overall average of $63,000.

Next at $120,000 Waco Ramrod (P) was selected by Colin Patterson who manages Hardigreen Park Santa Gertrudis stud, Tamworth on behalf of Moreton and Frances Rolfe.

Mr Patterson said he was attracted to the dark bull due to his depth of body and because he had a tonne of muscle.

"Plus he is by Waco Falcon and I was keen to secure that bloodline," Mr Patterson said.

She said Waco R175 (P) was the complete package who traces back to Wave Hill bloodlines, which she liked. A total of Waco 27 sires were purchased by 17 Santa Gertrudis Studs grossing $1,088,000 averaging, $40,296.Volume buyers included Warwick and Kel Freeman, Meeleebee Downs, Wallumbilla who finished with 11 bulls to average $16,909, while the balance were bound for commercial herds..

Queensland Country Life will have a full sale report in news week's issue.