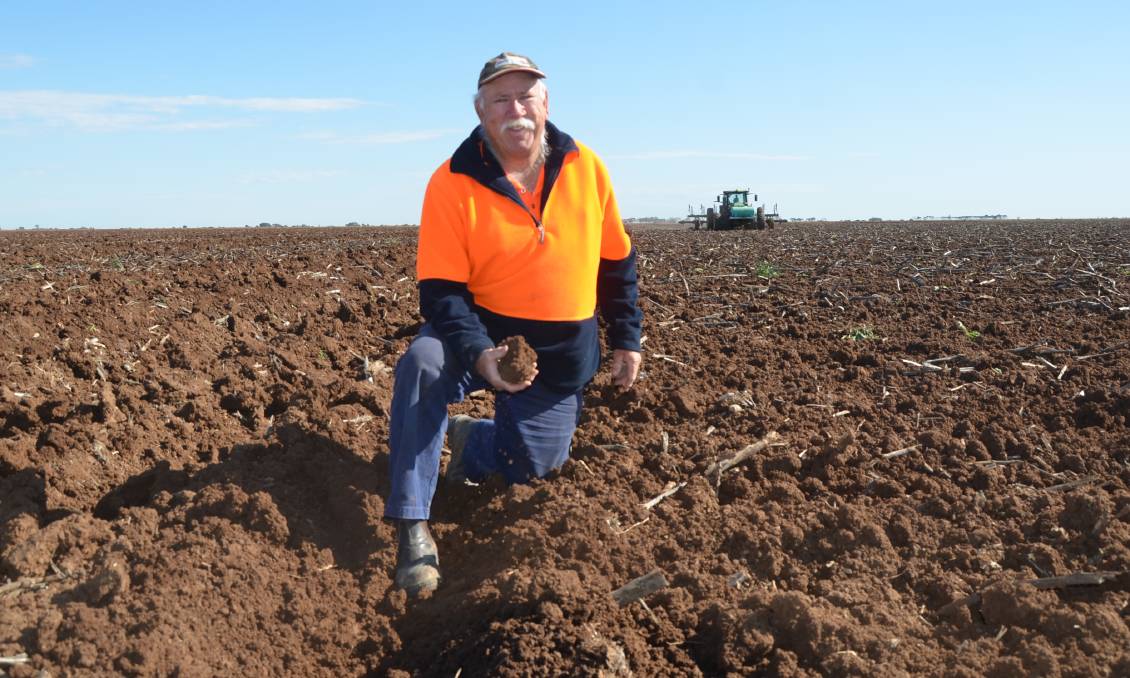 Planting to kick off in the next week in southern NSW.

Full storages and soil profiles have set the scene for what has the potential to become one of the best cotton seasons on record.

Forecasts estimate 300,000 to 400,000 hectares will be planted, which would be the fourth largest area in Australian history, with the scope to produce four to five million bales.

This is coupled with strong prices, currently at about $600 a bale.

"We are also expecting an irrigated area across the country of about 370,000 hectares. These current prices of more than $600/bale will mean the dryland producers will also get in on it if they get a good rain," Mr Kay said.

He expected NSW producers would account for two thirds of the crop, with the rest mainly in Queensland.

Despite China having dominated the Australian cotton market in recent years and slashing the amount it has purchased in recent months, other countries have stepped up.

"But in saying that, last year was a smaller harvest than what we have traditionally had and China is not in the game. So it really boils down to what is available is being scooped up by the likes of Vietnam, Indonesia and Malaysia, while China has really been grabbing the supply that's been available from the US and Brazil."

Pricewise, Dr Kalisch Gordon said producers also should expect a small drop in the new year in the global price as the US and Brazilian new cotton became available.

Southern NSW summer row croppers were putting it all on cotton this upcoming season.

Summit Ag agronomist Heath McWhirter, Griffith, said cotton production in the southern valleys of Murrumbidgee, Murray and Lachlan was expected to rise by around 40pc, with planting due to kick off at the end of this week.

"This season it's quite clear which crop has the best return per megalitre," Mr McWhirter said. "But this year we're also looking at the return per hectare because land is more of a limiting factor for summer cropping than the water."

Mr McWhirter said plenty growers had contracted a good portion of their crop at $600-$620/bale, while water was down to $80-$100 a megalitre in the Murrumbidgee and allocations were expected to improve as space became available in the valley's dams.

The news was not so good for corn, with prices closer to $290/tonne for grit.

"We'll probably have an average area of corn planted, but definitely cotton has consumed some corn hectares," Mr McWhriter said.

However, cold weather and rain during planting could throw a spanner in the works for cotton growers.

"There's a lot of eagerness from growers to plant early because the earlier we can get it established the longer that crop will flower for and the more yield we will get," Mr McWhriter said.

"But there is a knife edge because we need to have 14 degrees and rising soil temperatures, last week it was closer to 10 degrees.

"There is also some rain forecast which will impact us getting the crop into the ground, so that's a concern."

Mr Colbert said he had grown cotton for the past nine years and it was water availability that determined how much he would plant.

"We only watered them five times instead of close to nine times with cotton and the return was about the same," Mr Colbert.

He's yet to make the call on whether he plants sunflowers again this year, but with close to 500ha of cotton, the irrigation workload may be the deciding factor.

The story Scene set for a big cotton year first appeared on The Land.