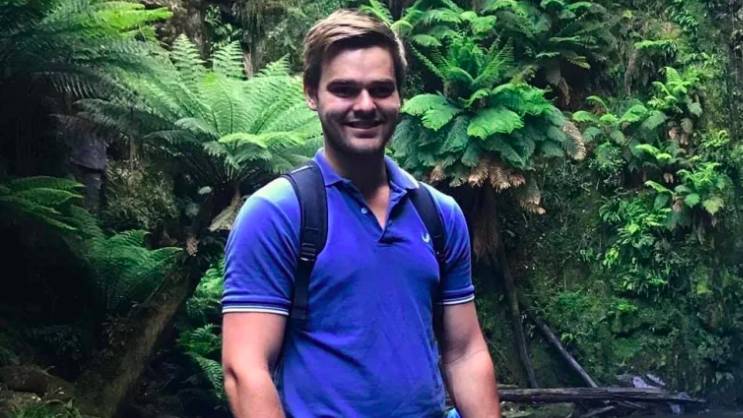 Mount Isa man Lukas Orda was one of the 41 people missing presumed drowned on the Gulf Livestock 1 last year.

A year after the loss of the Gulf Livestock 1 ship in the South China Sea, families of the missing are still no closer to finding out what happened to their loved ones.

A year after the loss of the Gulf Livestock 1 ship in the South China Sea, families of the missing are still no closer to finding out what happened to their loved ones.

The ship, with 25-year-old Mount Isa vet Lukas Orda aboard, went missing off the coast of Japan in a typhoon on Wednesday September 2, 2020.

The ship was transporting cattle from New Zealand to China in September 2020 when it capsized in rough seas caused by Typhoon Maysak.

Despite a massive campaign by Mr Orda's family and the family of the others, and a petition, the Japanese Coast Guard quickly scaled down the search for the missing men leaving more questions than answers.

At the time Traeger MP Robbie Katter said the evidence suggested there was very good reason to continue the search and he has appealed directly to the prime minister for assistance.

However Federal Agriculture Minister David Littleproud said his government was doing all it could to assist the investigation.

"I know from conversations I've had with the Foreign Affairs Minister [Marise Payne], that she continues to reach out with counterparts to get updates," Mr Littleproud told media.

"We're trying to use our government agencies to support those foreign agencies in being able to get some finalisation to these families who deserve it.

"But it is a complex situation because it didn't happen in our waters, it happened in foreign waters and we have to respect the sovereignty of other nations, but try and work with them to get that information as quickly as we can."

Dr Orda, 25, moved from Germany in his teens and studied at James Cook University. He was working as an equine vet on the Gold Coast before recently joining the live export business. Dr Orda had recently become a father.

His parents Ulrich and Sabine live in Mount Isa, and Ulrich is also a doctor who was named a legend of the bush earlier this year.

Want news highlights delivered to your inbox? Sign up to the North Queensland Register newsletter below.