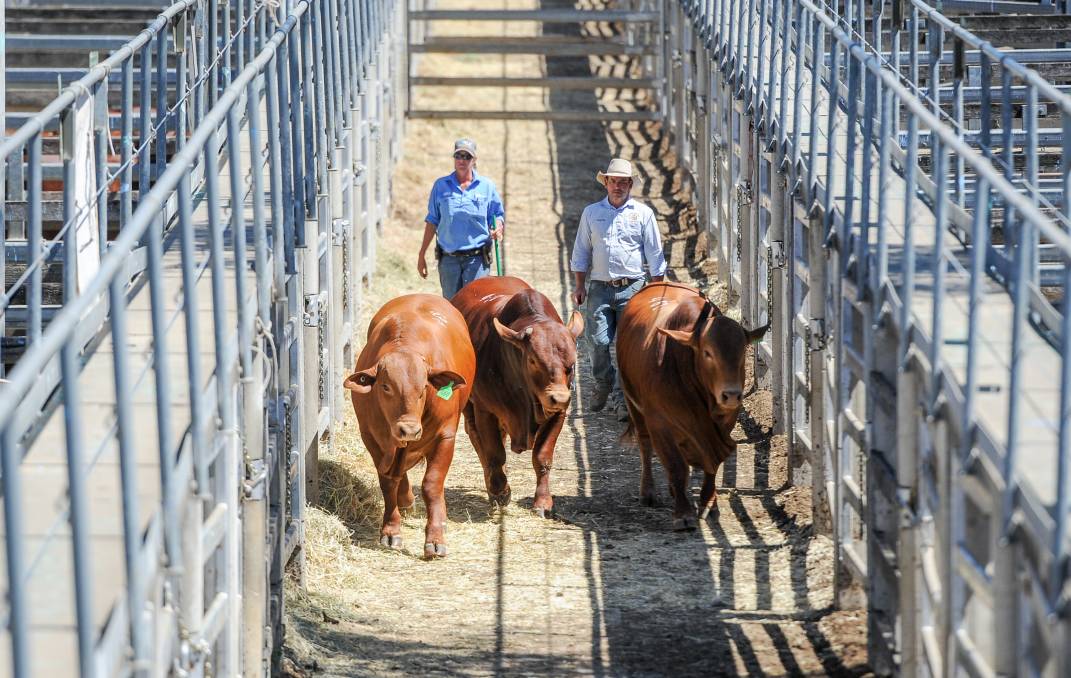 Crunching the numbers of the Droughtmaster National show some interesting findings.

Around 70 per cent more bulls sold within the $15,000 to $30,000 price bracket at this year's Droughtmaster National, but the rise in prices was balanced with a consistent level of value buying.

The sale saw 233 bid cards registered on the ground, while 40pc of bulls received bids from online buyers.

Of the 413 bulls offered, 140 head were listed on the supplementary sheet as homozygous polled, while 152 head were said to be morphology semen tested.

With future Droughtmaster calves required to be sire verified in order to sell as 'registered' at society sponsored sales, many studs have already put DNA profiling in motion with around 225 bulls listed as sire verified and 47 parent verified.

Changes in requirements to pass biosecurity restrictions and sell into Western Australia also meant only 13 studs were listed as JBAS7 WA eligible.

The trend was a 'must have' just a few years ago, but from July this year properties were required to undertake faecal herd screening testing, instead of the check test of 50 head.

In terms of selling agents, GDL had the biggest portion of the draft with 217 bulls, Elders cleared 139 from their run and Nutrien sold 39.

Two bulls sold after the sale to clear 395 in total.

The six-figure bids for the three sale headliners may have been impressive, but it's the vendor averages that paint the true picture of this year's Droughtmaster National Bull Sale.

A cohort of 21 vendors posted averages of $16,000 or more, and another seven were above the sale average of $14,370, showcasing the consistent demand and the strength of the offering.