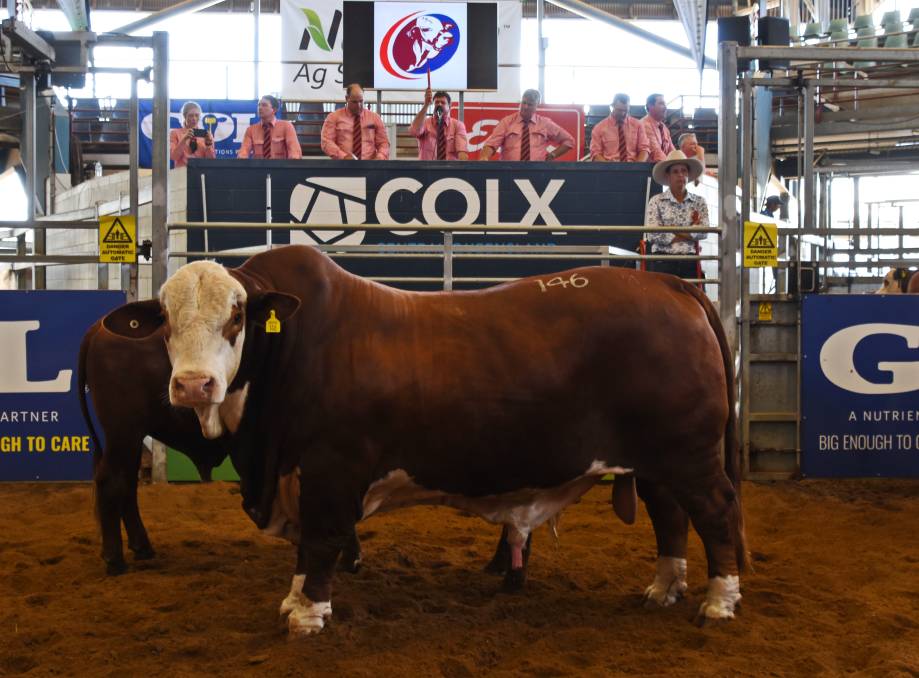 In a show of strength for the Braford breed, the national sale average not only increased by almost $3000, but vendor averages also felt the impact of the confidence within the beef industry.

Goomora stud sold three at a $14,000 mean and the Galloway family rounded out the cohort of seven vendors achieving above the sale average, with their draft of 16 bulls averaging $13,500.

The Harriett Valley, Downfall Creek, Ashby, Linlora and Strathgyle prefixes all averaged between $10,000 and $12,200.

Australian Braford Society president Dan Galloway said the $13,208 average for bulls and $4889 average for heifers, resulting in a gross of $1,800,500, was a very pleasing result.

"I think it was a very strong sale, probably buoyed by good cattle prices and we had a lot of buyers that were operating that hadn't been operating for a while," he said.

Aside from the strong cattle market, Mr Galloway said the improved quality of the offering had also had an impact.

"We had very strong performance figures this year through EMAs and IMFs, and I think the quality was a bit better than it has been in the past.

"I think we can build on our success at the national sale and hopefully keep increasing the quality to attract more commercial buyers."

A changing marketplace also provided a boost, and is a source of opportunity for the future of the breed.

"The boats are accepting more different types of cattle now, so I think there could be more opportunity to sell more bulls into that northern area."