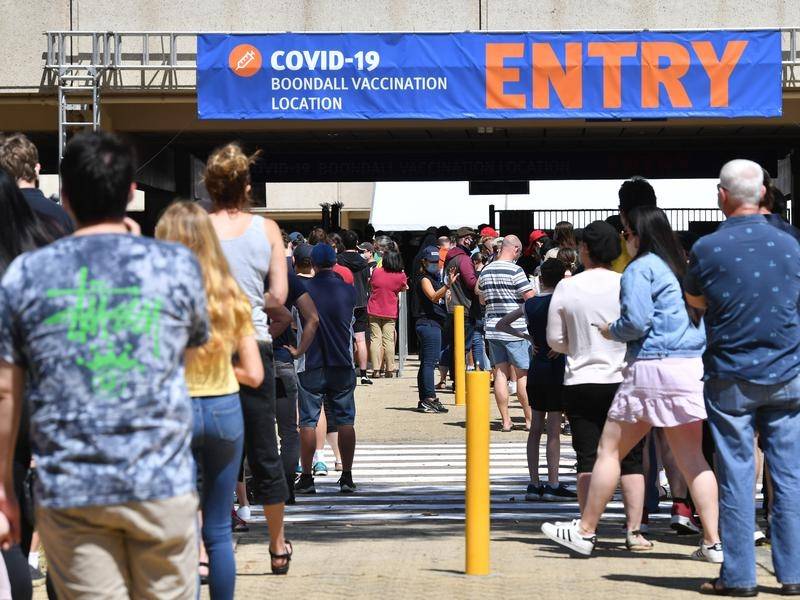 A traveller has tested positive for COVID-19 after potentially being infectious at Brisbane Airport for four hours.

A traveller has tested positive for COVID-19 after potentially being infectious at Brisbane Airport for four hours.

The man, who was fully vaccinated, was on a "red" flight from NSW, so anyone ending their journey Brisbane would have gone into hotel quarantine.

Ms D'Ath says he arrived at the airport on Jetstar flight JQ484 at 5.10pm, before boarding another flight to the NT about four hours later.

"We're just wanting to make sure that that person, in the four hours that they were at the domestic airport, did not move around very far, and whether they went to any food courts or any other areas," Ms D'Ath said.

"So please, if you were at the Brisbane domestic airport on the 17th of September, just keep an eye on our website today to see if there is any exposure sites listed."

Queensland also recorded another virus case in a traveller, who had arrived on the flight from NSW, in hotel quarantine.

A third case recorded in hotel quarantine on Monday was overseas-acquired case, while there are no new locally-acquired cases of COVID-19 in the state.

Premier Annastacia Palaszczuk said she's confident, once the Commonwealth vaccination figures from GPs and pharmacies are added, that more than 60 per cent of eligible Queenslanders will have had one dose of a vaccine.

The premier urged even more people to get vaccinated due to the risk of a Delta variant outbreak in the state.

She said getting the jab would help maintain the current public health restrictions in Queensland, which were much more liberal compared to other states.

"What we're trying to do here in Queensland is protect our freedoms; in Victoria and NSW they're trying to get their freedoms back," Ms Palaszczuk said.

"So you would have heard Victoria talking about having 30 people for Christmas dinner, we have 100 people allowed to come to your homes at the moment in Queensland.

Ms Palaszczuk wouldn't say whether high vaccination coverage would lead to Queensland winding back its border restrictions on interstate hotspots.

Currently, anyone who has been to a hotspot in the previous fortnight must go into mandatory hotel quarantine for 14 days upon arrival in the state.

"Well that depends nationally on when the whole of the country reaches a particular (vaccination coverage) threshold, and the Doherty Institute is working on those issues for national cabinet at the moment," the premier said.

"My understanding is that national cabinet will meet in a fortnight's time."