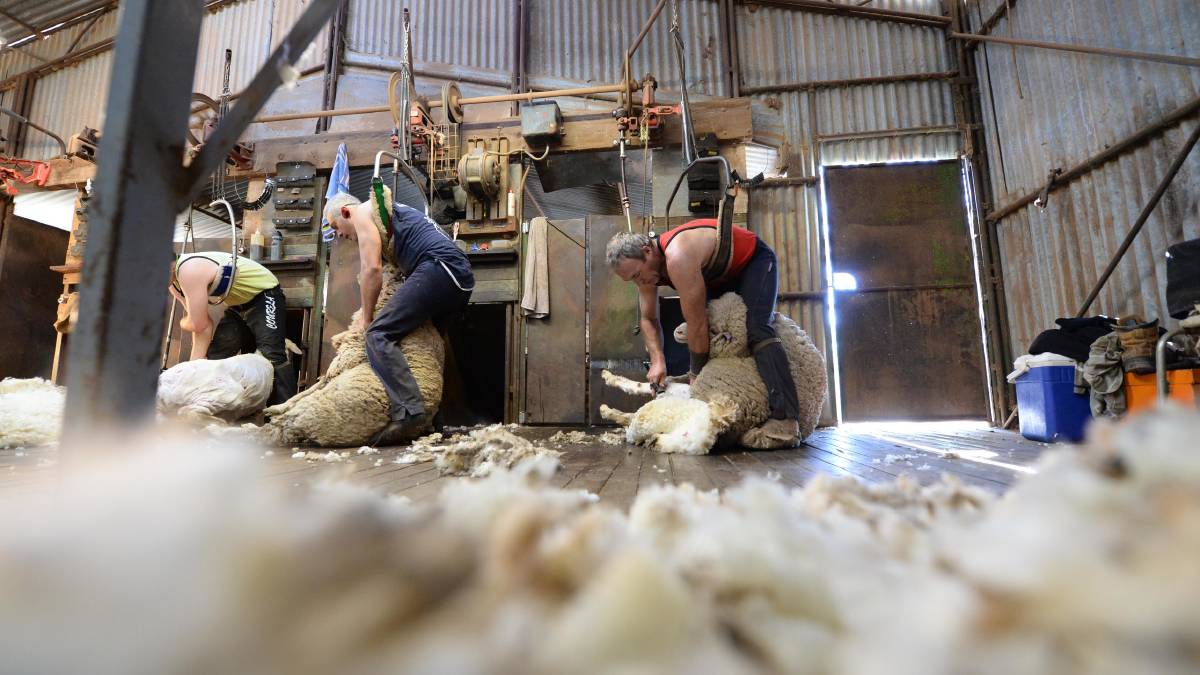 Speaking in a webinar, Mr Laurie described the shearing industry as a "massive challenge at the moment".

Mr Laurie said COVID-19 had created major problems by stopping movement not only within Australia but also from New Zealand.

"We've had a tremendous investment in promoting and training shearers, both right at the beginning and also in shed as they get going to try to support them as much as we possibly can," he said.

"We're also looking at building modular units which deliver sheep out onto a platform so we can take some of that catch and drag out of it," he said.

It's estimated the portable mechanical system could save the typical shearer approximately 10 to 20 seconds per sheep as well as minimising the risk of injury caused by catch and drag.

Mr Laurie said there was a need to understand where the shearing industry's pressure points were and "have a look and see whether we can actually spread as an industry the demand when those pressure points are".

"Can we change our shearing times in some areas and some places to allow better use of the shearers?" he said.

"The problem with them is they're only shearing for short term, not for eight or ten or twelve months of the year...so therefore they get trained, they go out of the industry because they can't get jobs."

Mr Laurie said it would also be important to see if any of the high pressure times coincided with those in New Zealand's shearing industry.

AWI director and wool broker Don Macdonald said a key issue with the last year's shearer shortage was there wasn't enough communication within the industry.

"It was quite startling actually the lack of communication between particularly the training organisations and the contractors."

Mr Macdonald said efforts to train more shearers had been stymied over the last few months, as training wasn't considered an essential service under COVID-19 restrictions.

Mr Macdonald said the size of sheep and injuries related to catch and drag was also discussed at the NSW shearers meeting.

"Nearly every contractor said the bulk of their injuries that go through workers' compensation come from catching and dragging," he said.

"We need to look at how we can keep shearers in the industry longer and the module that's being developed at the moment... I think is very exciting.

"It's something that can either be built into a new shed or retrofitted into an old shed."

The story Addressing the challenge of securing shearers first appeared on Farm Online.