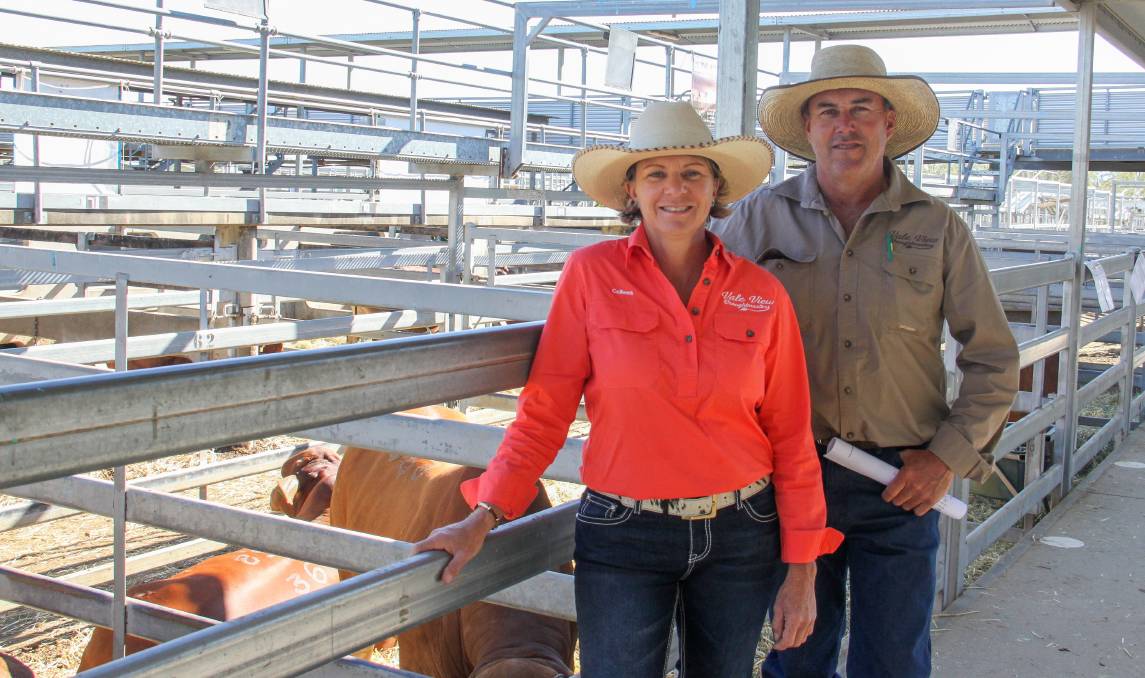 Colleen and Dave Smith of Vale View Droughtmaster were happy with their results.

Being voted the best pen of 413 bulls at a national sale is a major achievement.

Being voted the best pen of 413 bulls at a national sale is an achievement, particularly when the honours are decided by fellow vendors before the bulls have even entered the ring.

It was the Smith family of Vale View Droughtmaster stud who were presented with the award on Monday night during the Drinks with Droughties event at CQLX.

The pen consisted of 10 bulls, including two sons of reputable sire Vale View Ripper and five sons of Oasis A Mr Mint, which the stud purchased in 2018 for $24,000.

Describing it as "a good, solid average", breeders Dave and Colleen Smith were happy with their results.

Situated at Manumbar in the Gympie Region, the Smiths run an operation of 200 stud breeders on forest country.

Vale View were also on the hunt for more bulls, buying Oasis A Sir Mortlock for $24,000 from Adam and Shelley Geddes.

Oasis Droughtmasters, Rockhampton, were runner-up in the vendors-pick, averaging $16,769 for their 13-bull offering.

The stud presented a pen with plenty of depth in their own bloodlines, including sons of Oasis Braveheart, Oasis Rascal, Oasis Magnum and Oasis Oak.

With a top price sell of $30,000 for Oasis Chester, sold to Gadwell Grazing Pty Ltd at Alpha, Noel Geddes said he was also pleased with their run over the two days.