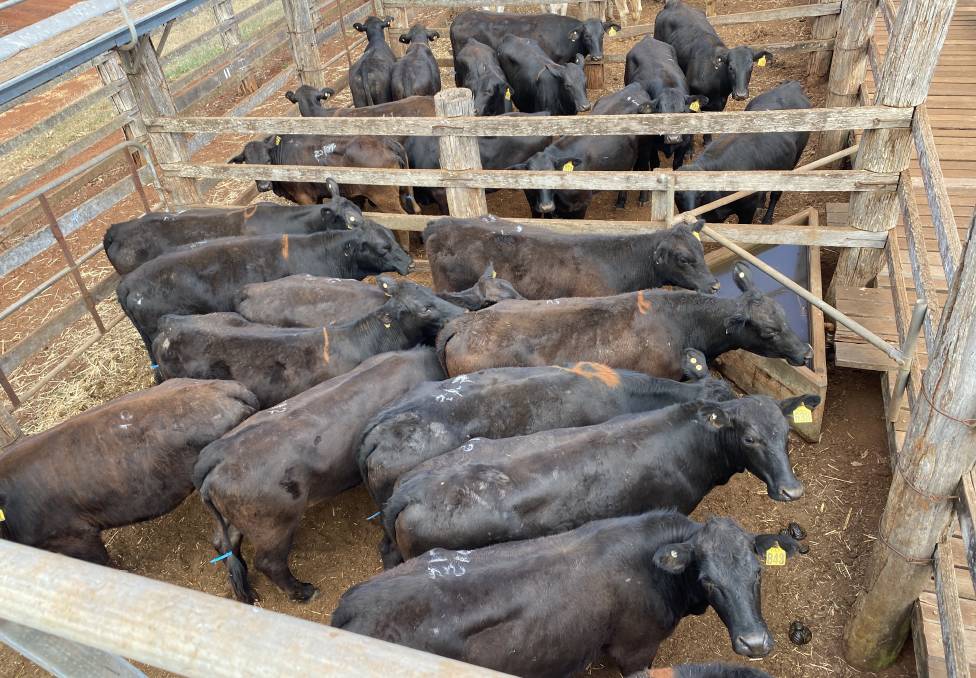 A feature line of PTIC blue tag Angus cross and Charbray heifers from Gympie sold for $2050 to return about 600c. They are bound for a NSW property re-stocking after the drought.

All classes of cattle were much stronger on previous sales during the week.

Cattle were drawn from the Brisbane Valley, Gympie, Kingaroy, Kilkivan, Tansey, Goomeri Nanango and locally. A social highlight was the sale of two head for 'Cattle 4 a Cure' which supports Relay for Life cancer research.

There was strong buying support from local areas, southern and western downs as well as NSW processors and backgrounding operations; 25 per cent of the yarding will be residing interstate next week Weaner steers averaged 652c/kg across the board. Light feeders returning to the paddock or going to the feedlot averaged 517c/kg and topped at 665c/kg and $2028. Bruce Webb, Nanango, sold 222.5kg Droughtmaster weaner steers from his Brisbane Valley property for 622.2c/$1446.

Mickeys also found strong support around 540c range for the lighter end and sappy veal types made 480c/kg. A standout in the mickeys was a line from Bob Scott, Bullcamp, weighing 198kg and selling for 680.2c/$1345.

Heavy feeder steers 437.9kg from Tansey sold for 489.2c $2142/hd. These calves were light weaners and grown out on oats, delivering very good results for the vendor. A good run of 452.5kg Angus and Droughtmaster steers from Emu Creek sold for 456.2c/$2064 to Downs feeders.

Tropical content and Droughtmaster type feeder heifers sold from 430-470c/kg depending on dentition.

A feature line of PTIC blue tag Angus cross and Charbray heifers from Gympie sold for $2050 to return about 600c. These heifers are bound for a NSW property re-stocking after the drought.