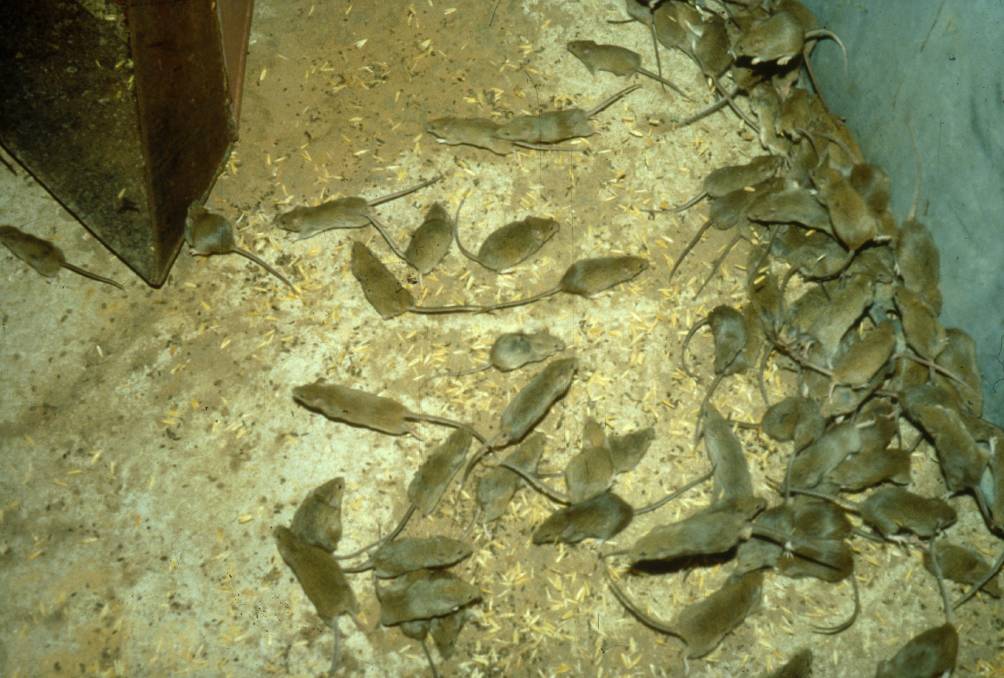 Mouse plagues like this one on the Darling Downs could be on the cards without quick action this spring. Photo - Grant Singleton, CSIRO.

Monitor closely and act quickly - that's the message for farmers from authorities warning that the classic crash normally associated with the end of mouse outbreaks hasn't happened.

Monitor closely and act quickly - that's the message for farmers from authorities warning that the classic crash normally associated with the end of mouse outbreaks hasn't happened.

CSIRO research officer Steve Henry believes the horrific vision of the mouse plague in NSW last season could easily be seen again without proactive baiting in coming weeks and months.

He has been receiving reports of over-winter mouse survival in many areas, including Mungindi and Moree, and of damage and baiting happening already.

"Farmers generally don't spend money unless they have to, so that means there's an issue there already," he said. "The good news is that we're much more switched on this time around and much more likely to react quickly."

Mr Henry said the best monitoring was done by walking through paddocks looking for signs of damage and habitation, saying that could be easily missed from the cab of a spray rig.

The weather a fortnight ago that lodged a large proportion of barley on the Darling Downs was a danger area, he said, because of the shelter and food that would provide.

"The other thing I would say is, harvest clean," Mr Henry said.

"In many cases, more (grain) will be going out the back than farmers think, which will sustain a mouse population through the stubble phase.

"They should set their header up and slow down, and tweak the header between paddocks - it will also mean money in the bank for them too."

"Mice breed every six weeks and their offspring can breed from three weeks of age so everyone's concerned that if people aren't proactive things could be getting out of hand by about Christmas-New Year," he said.

"There's a lot of winter crop about to come off, and a lot of stubble, which will be perfect breeding conditions.

"You ideally want to bait when there's little food in the system."

The double strength zinc phosphide baits registered for use in May should be the main tool in the arsenal in combating increasing mouse numbers, both men said.

"We're pushing 50g bait - we know it will be effective," Mr Henry said. "As far as availability goes, people should get onto the phone to suppliers early."

Mr Taylor said there was pressure on bait supplies partly because there was a call for it right across Australia's cropping zones, including Western Australia.

"There are six manufacturers in Australia now and they'e all going flat out," he said. "I'm not aware of anyone not able to get bait but some may have had to wait for a bit."

All of the zinc phosphide used in the baits is imported and supply has been impacted by international shipping delays.