Moree's big citrus grower, Grove, is moving more land from cotton to citrus and looking for a new shareholder to inject $40 million of capital for expansion. 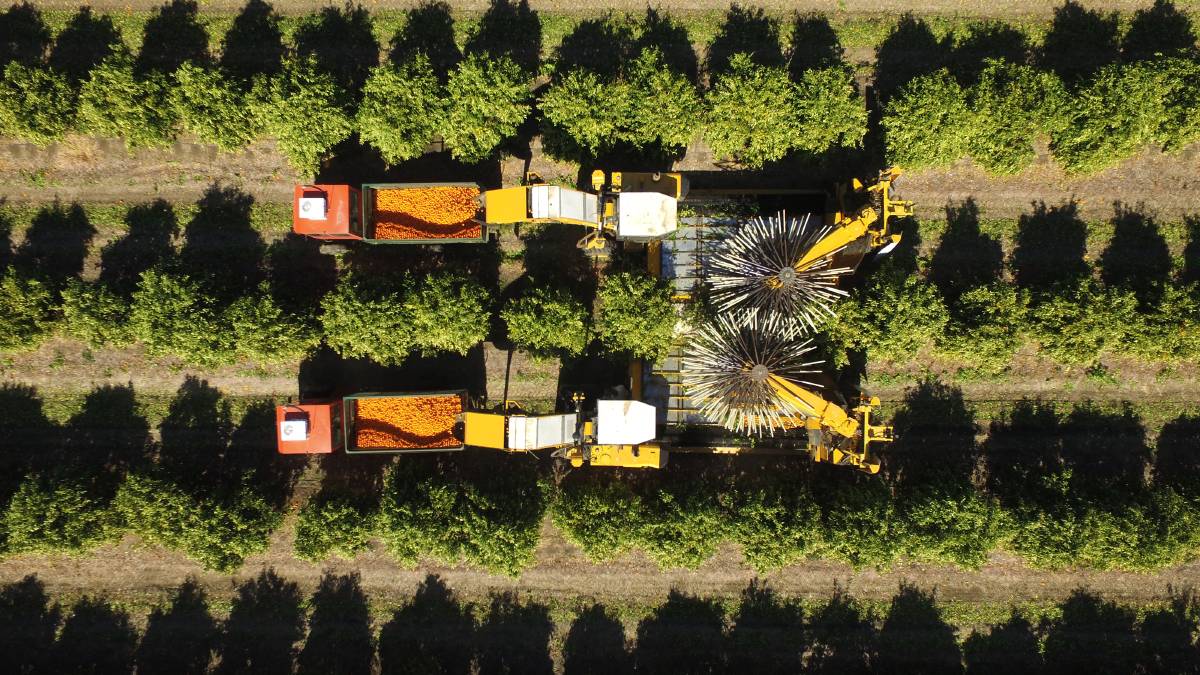 A Moree cotton grower has found a crop that uses half the water and makes six times as much money. Now he's looking for an investor to help multiply those returns further.

The golden crop is citrus. Grove Corporation is one of Australia's few vertically integrated juicing businesses and has been converting the 2267-hectare cotton and barley fields of owner Dick Estens into Valencia orange orchards.

The fruit is juiced and bottled at facilities in Warwick and Brisbane, which have a combined capacity of over 75 million litres, that is sold through Australian supermarkets.

Grove plans to extend that orchard to 1000ha by 2029, upgrade its factories, purchase new land and water to add table fruit to its offerings, as well as growing the brand and export market.

The company, which is the third-largest juicer in Australia, was well known as a quality manufacturer and had a joint venture with Boost Juice, Mr Estens said, but had until now invested very little in its own brand.

To fund the strategy, Grove has engaged PricewaterhouseCoopers partner Greg Quinn to recruit a minority shareholder willing to invest $40 million.

Mr Estens is confident about the returns.

"We're a growing business, we're only just getting into second gear," he said.

"Generally, we're looking for returns of 15 per cent compound per annum."

He said land around Moree, where Grove grows its fruit, had been appreciating by about 8pc a year over the last two decades and the transition from cotton to citrus would amplify that capital growth.

"We've got a really good land and water bill behind us, and we've got a solid factory operation being built," Mr Estens said.

"People are a bit wary of factory because they're depreciating assets, but they're an important part of what we do, adding value to water.

"And the great thing about what we're doing is that Grove Juice will be a dividend-paying business as well as a capital growth business."

"People get really nervous (about citrus and horticulture) because you need a lot of labour and people are complaining they can't get enough pickers," he said.

Mr Estens said Grove was one of the only producers in the world currently machine-harvesting oranges on such a scale.

Aside from reducing exposure to the vagaries of finding suitable pickers, it meant lower costs.

"I think I'm down there with the Brazilians on growing and delivery costs, really," he said.

"It doesn't frighten me if you get into a price war.

"Because a lot of Australian agricultural products go into the export market, if you can be the most cost efficient, high yielding and last one turning out the lights, you've got a chance."

Water is of course an important part of the business, which has over 9000 megalitres of predominantly high access water entitlements.

The table fruit business would double this, with the netting cutting another megalitre of water used per hectare of mandarins or oranges.

Mr Estens said that, with enough water, Moree was "unbeatable" as a citrus-growing area, thanks to an ideal temperature band.

Diversification into table citrus would help put the district on the map, he said, with its focus on satisfying demand from the growing Asian middle class.

"We were always considered too far away from the markets but now, the biggest market in the world on our doorsteps, it's presenting huge opportunities," Mr Estens said.

Love agricultural news? Sign up to our free daily newsletter and start your day with all the latest in ag