Paige, Primrose and Holly Carrigan (centre) with their parents Fiona and Josh Carrigan after making the small town of St George proud.

It's the first time in the history of Australian school girl rowing that three siblings have been a part of the winning crew.

St George sisters, Primrose, Paige and Holly Carrigan are used to doing things together, but at the recent Brisbane School Girl's Rowing Association Head of the River, they did something extra special.

The girls were part of the St Margaret's winning first VIII boat, the first time in the history of Australian school girl rowing that three siblings have been a part of the winning crew.

Primrose, who was one of St Margaret's rowing captains for 2021, said that although it was her second time winning the first VIII race, she still hadn't wrapped her head around doing it with her sisters.

"To be honest it hasn't sunk in yet, but when it does it will probably be a few years from now and we will all think it was amazing," she said.

Younger sister Paige, who made her debut in the boat this season, said she was grateful for the opportunity to have both her sisters along for the ride.

Also read: When is a pub not a pub?

"To row in such a strong boat with not only one, but both my sisters was an amazing experience," she said

"Because after all the hard work our boat put in, it finally paid off at Head of the River."

"Initially we thought it would be amazing if the three of them made the first VIII," they said.

"When they did, we thought it couldn't get much better, but as the season progressed. We knew if the boat rowed in the Head of the River like they trained, they would be hard to beat if nothing went wrong."

"It is indescribable but having three sisters sitting throughout the boat helped ensure that we executed our process and the whole crew certainly stepped up for the occasion," he said. 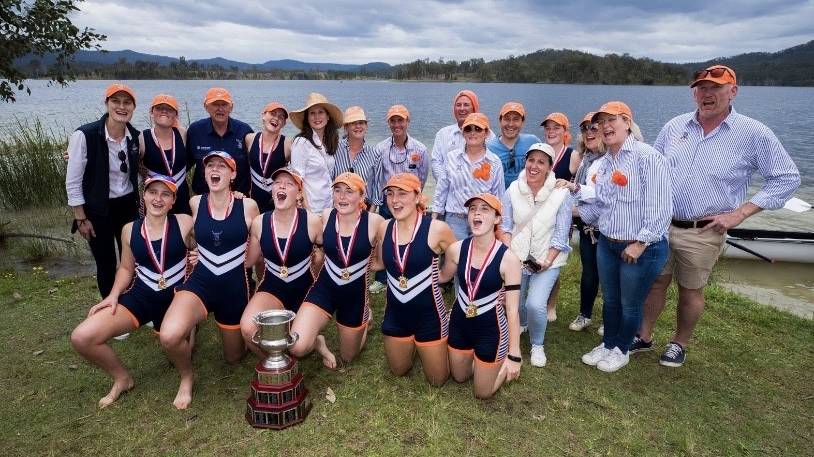 Schiller also credited much of the crew's grit to St Margaret's boarders making up five out of nine seats in the crew.

"To have boarders representing over 50 per cent of the crew is impressive," he said

"I have found that the boarding students generally bring a unique attitude and work ethic to the boatshed, and I believe that plays a part in the success of the St Margaret's rowing program."

Not many people would have thought that a rowing dynasty would come out of St George, but the Carrigans were there to prove otherwise.

"Coming from a small town with little opportunities, especially in sport, going away to boarding school at St Margaret's has allowed me to experience so much that I never would have been able to if I didn't leave home," Primrose said.

After an outstanding schoolgirl career, Primrose has earned herself a rowing scholarship at the University of Massachusetts, where she will row and study for the next four years. 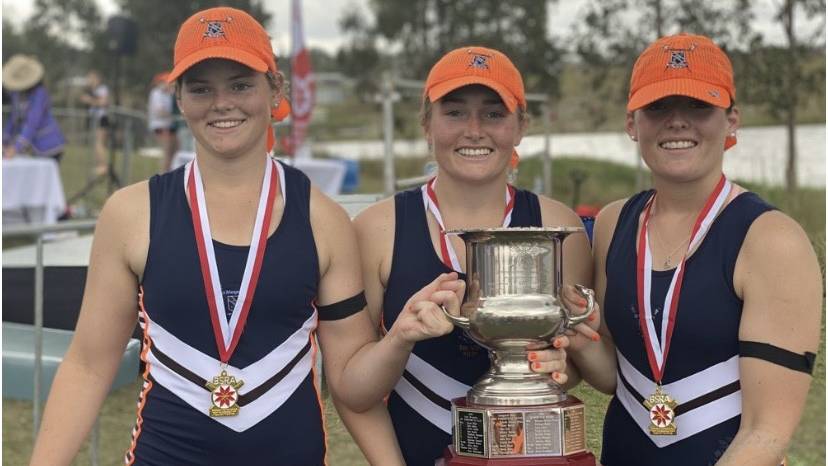 "My whole life I have never been overseas, I have only ever been in a small plane from St George to Brisbane and the only other state I have been too is New South Wales," she said

"And the next four years of my life are going to be spent in America and I'm so excited."

As Primrose departs for the U.S, Paige and Holly will go into their senior year next year and we expect the St Margaret's first VIII to have another cracker season in 2022.