An almost complete clearance of 210 Merino and Poll Merino rams at Boonoke, Conargo

"We have to take rams to Queensland with bulky bold-medium fleeces and good skin types," Chris Bowman said when describing the Poll Boonoke Merino ram he had purchased for $17,000 on behalf of the Lansdowne Pastoral Co., Tambo, QLD. 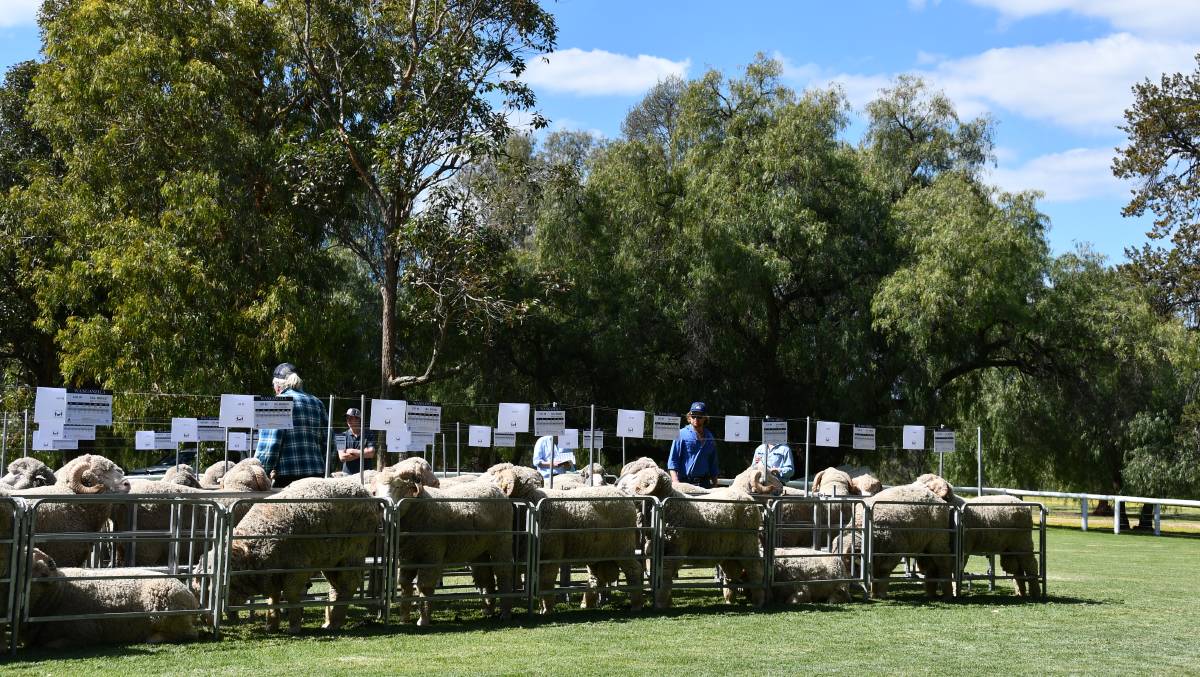 Mr Bowman, a Hay-based sheep classer was speaking during the annual auction of Wanganella and Poll Boonoke Merino rams, on behalf of the Australian Food and Agriculture, Boonoke, Conargo.

In the Wanganella offering, Ross Wells and Caroline Heath, Willandra, Jerilderie, paid $15,000 for their pick of the draft.

The sale was conducted by Nutrien and Elders, Denilquin, in conjunction and was interfaced with AuctionsPlus.

The auctioneers were Rick Power, Nutrien and Nick Gray, Elders.

The story Wanganella and Poll Boonoke rams averaged $4513 first appeared on The Land.