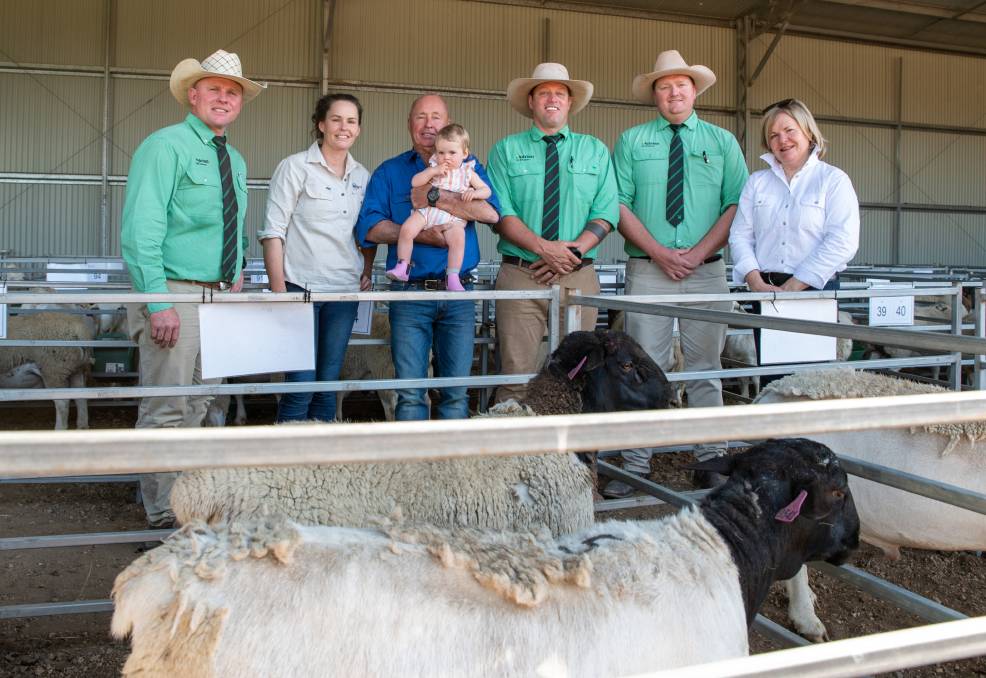 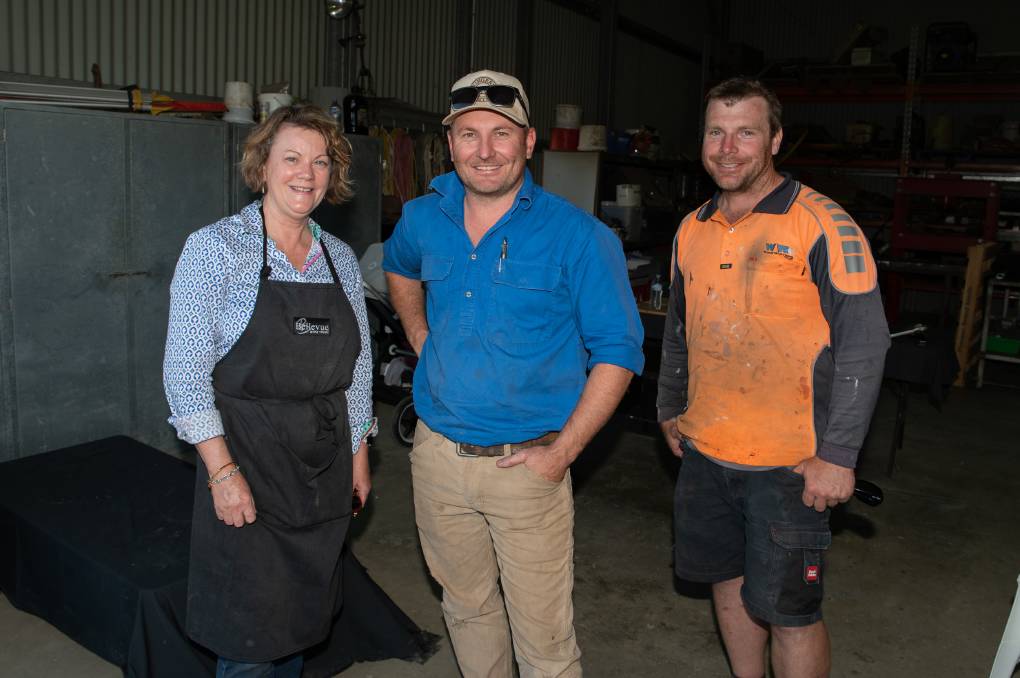 This ram scored a maximum five points for head, balance, structure, feet, colour, and cover under the International Breed Standard, which gives rams a score to assist buyers with their selection.

Bidding on behalf of the absent Sargoods, Nutrien Livestock Charleville agent Gus Foott said the family were looking for a few good all-round rams, and their top purchase in particular had standout features.

"They liked his shedding ability - he's probably one of the better shedders out of the blacks," Mr Foott said.

"He had really good figure across the board - fives for his structure and his feet - and he had a good birth weight."

Stud principal David Curtis said it was an excellent result for the day.

Mr Curtis said the top-priced ram had "beautiful balance" and was "a good all-round quality ram" with a strong, masculine head.

He said it was heartening to see plenty of repeat buyers in the crowd, and even though interstate bidders couldn't see the rams in the flesh, he said they would be confident in Bellevue's quality.

"People have enough confidence now in what we do to buy the rams based on our videos."

Mr Curtis said their grazing company was dedicated to commercial production and would continue to service the industry.

"We're in the bread and butter market. We want to get commercial people that live in the bush good quality rams.

"Our focus is on commercial production and the prime lamb industry which we're involved in heavily."

The second-top buyers were the Harris family, Mulurulu Station, Mulurulu, NSW, who successfully purchased a White Dorper for $4400.

The volume buyer was also the Harris family, who finished with 26 rams to average $2600.