The Aussie dollar edged towards 75 cents early last week before easing, up 5 per cent from the August lows of 71 cents.

Expectations of a bumper southern Queensland grain harvest and coverage of the last of the old crop shorts also weighed on prices.

Premiums for old crop wheat and barley disappeared with the major buyers mostly covered for October, with the focus now on new crop prices. Old crop stockfeed wheat bids climbed to $355 delivered just a few weeks ago for an October delivery but have now disappeared. Feedlots and other buyers are now focused on November and December deliveries. 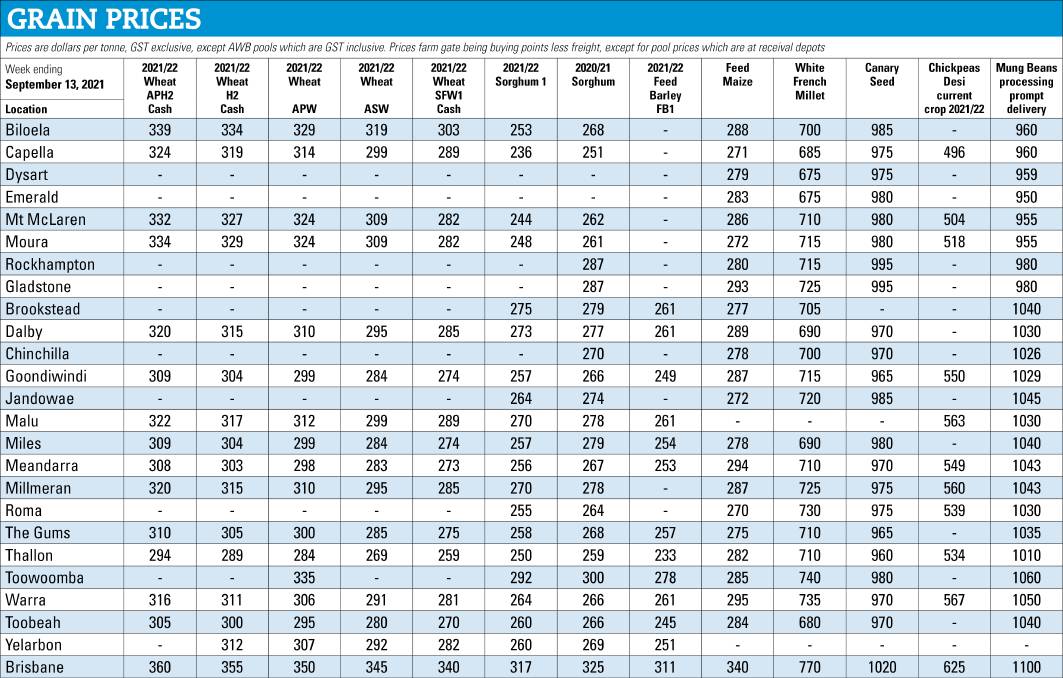 Favourable winter weather will also boost production of barley and canola, according to the forecast. ABARES said barley production would be 12.5mt, up 1.1mt from its June estimate. Australian growers are expected to a record large canola crop of more than 5.0mt.

Above average yields are expected to lift Queensland wheat production to 1.8mt. Barley and chickpea production is also forecast to be sharply higher.

Crops in some regions of WA and the Mallee regions of SA and Victoria will need early spring rainfall to fulfil the current yield potential, ABARES said.

Grain storage companies across Australia are finalising preparations to handle another massive winter crop. GrainCorp has added another million tonnes of storage capacity across its east coast network. In WA, CBH is boosting its rail capacity and ramping up outloading facilities to help manage what's tipped to be a record large state harvest.

Labour shortages associated with the fast-approaching harvest remain a concern for farmers and grain storage operators.