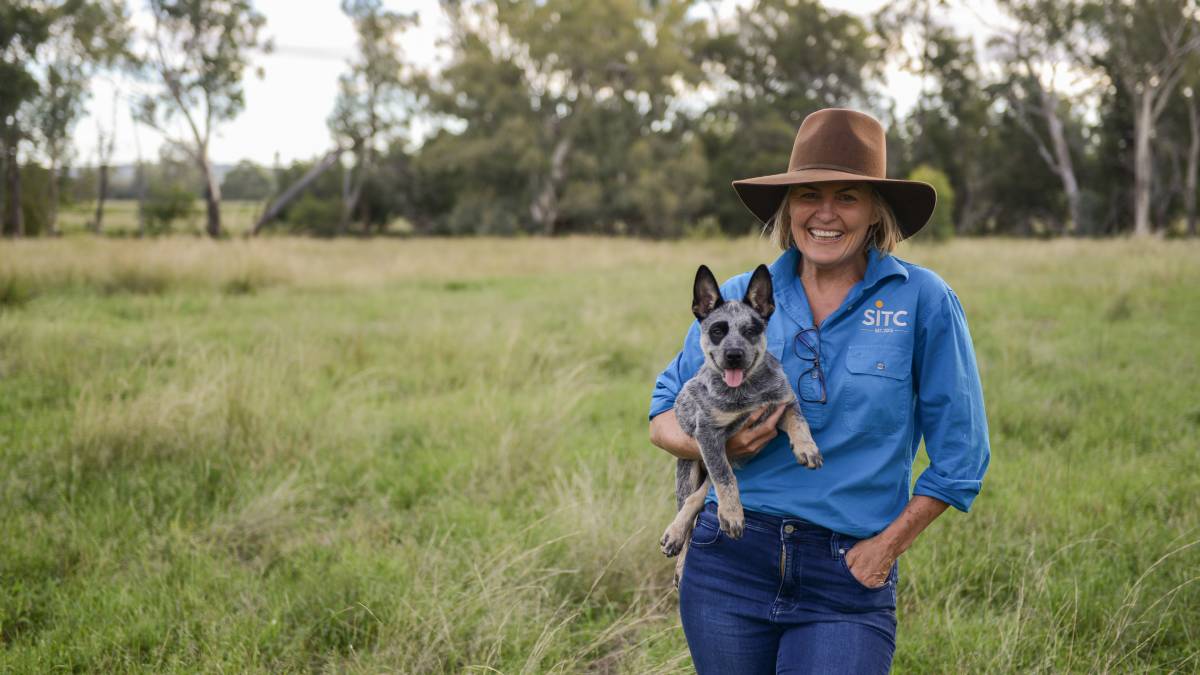 Sober in the Country founder Shanna Whan has been caught in the prolonged NSW lockdown but has found a new way to reach people with her message, via a podcast series. Photo: supplied

Australia's leading pastoral companies have given a ringing endorsement of the bush charity that's giving people the power to say no to a beer, if that's what they need to do.

Australia's leading pastoral companies have given a ringing endorsement of the bush charity that's giving people the power to say no to a beer, if that's what they need to do.

Some of the biggest names in the business have jumped on board Sober in the Country's new podcast initiative, 'One for the Road', which will be launching in October.

According to SITC founder Shanna Whan, the podcast series is "drawing on the reserves of the excellent humans who have related to the message that it's OK to say no", including 2021 NT Young Achiever of the Year Hugh Dawson.

Mr Dawson said there were times when he'd felt pressure to drink as a means to fit in a social environment, and at the time he didn't see a way out of it.

"I think that now with the work Shanna is doing through Sober in the Country - especially the #OK2SAYNO campaign - it certainly gave me the confidence to turn down a drink, if I had something on the next day, or even if I just didn't feel like it," he said.

McDonald Holdings is among the companies supporting the new project via sponsorship and Julie McDonald said it had been an easy decision for them to support Ms Whan and Sober in the Country.

"Shanna is genuinely making a difference, and I can say, firsthand, that she has started conversations in outback rec rooms and board rooms around how we use alcohol in the bush."

RELATED: Sober in the Channels

When Paraway CEO Harvey Gaynor was approached to back the initiative, he went one better and reached out to a dozen of the north's leading pastoral companies, who instantly agreed to step up.

''It's a testimony to Shanna's relentless hard work and what she's been doing for the agricultural sector,'' he said.

"Grog's a really big part of our culture and life in the bush, and we're not very good at talking about the impacts it has and the pressure it puts on people to conform and be part of that culture.

"That's where Shan's making a real difference. And I hope that the One for the Road podcast will help to amplify SITC's work."

AACo CEO Hugh Killen agreed, saying they really wanted to get the conversation onto their stations, saying it was terrific that SITC had found a way to deliver.

"This is an incredible validation and endorsement of what I've worked so hard to do," Ms Whan said. "The conversation people said couldn't be had, is being had."

SITC leads conversations around booze in the bush and is educating people on how supporting and including their mates choosing to cut back (or quit) drinking can, and is, changing and saving lives.

The podcast idea came about when COVID-19 impacts cancelled speaking engagements for the second year in a row.

Ms Whan said isolation was a core driver behind SITC's creation and the challenges had reiterated the essential nature of their messaging.

"This is a way of amplifying the work we're doing without worrying about borders," she said.

"There's a growing groundswell of support for SITC, which has been successfully challenging the outdated bush vernacular of 'you can't trust a bloke who doesn't drink' and teaching a better type of conversation since 2015.

"We've already secured a diverse cross-section of guests including people sharing their own experiences overcoming a battle with booze, those who have vastly improved their life by cutting back, health professionals, celebrities and industry giants who agree it's time to create change.

"It's me on the other side of the mic, talking to people who are comfortable to share why they've taken my message on board."

Shanna said SITC was not anti-alcohol or prohibitionist, but rather all about supporting those who choose to say no.

"All the CEOs I spoke to said that parents have expectations of them, and are thrilled that we are opening the conversation in this space.

"People are so ready for this conversation, it just needed someone to lead it."

She said alcohol remained one of Australia's biggest unspoken-of rural safety and health challenges, and was tragically the common link to almost all rural health issues.

"Awareness and support is overdue and necessary. We have mental health initiatives but none of them tackle grog front-on.

"Our simple message is helping change and save lives across rural and remote Australia.

"And as someone who almost died from alcohol addiction, it is honestly the greatest privilege of my life to be able to carry this work and message.''

People are urged to keep an eye on the SITC website for a link to the podcast when it launches, and to explore its many resources, including a 500-strong 'Bush Tribe' peer support platform.