No-one attending last Saturday's Quilpie Show could be left in any doubt that it was celebrating its 'Home Grown' sheep and wool revival.

No-one attending last Saturday's Quilpie Show could be left in any doubt that it was celebrating its 'Home Grown' sheep and wool revival.

Gorgeous felted wool hats vied with the prettiest Jackie Howe singlets you're ever likely to see in the pavilion, while sheep were counted and fleeces admired on the livestock side of proceedings.

A Friday show holiday could have been responsible for a record crowd through the gate for the rodeo, held on the Friday night for the first time.

It was certainly blamed for some of the dark glasses shielding eyes from the warm spring sunshine but in the words of Quilpie mayor Stuart Mackenzie, it showed that south west Queensland hasn't been a bad place to be in the last year or so. 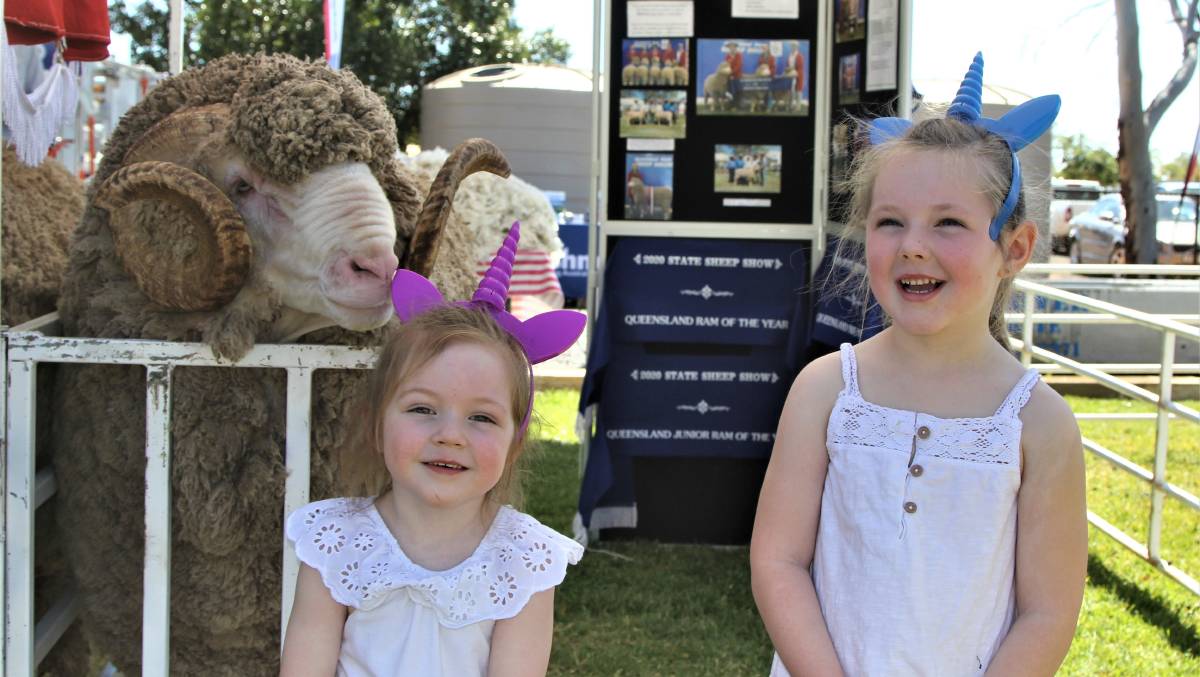 Opening the show, Warrego MP Ann Leahy said she had wondered if the time off since the last show, in 2019, would help or hinder this time around.

"Quilpie, you certainly made it more than better," she said.

The wool theme shone in the pavilion, where 42 fleeces were presented for judging.

Steward Ben Hall said it was the first time in eight years that they'd had entries from 12 different exhibitors, including two new ones, The Lake and Nerrigundah.

"The region's revival is definitely due to fences," he said.

Joe and Stacey Tully, Tenham scored the grand champion ribbon plus the prize for fleece of the highest commercial value with a $110.77, 17.5 micron fleece, while Steven and Karen Hall of Greenmulla showed the blue ribbon extra fine fleece, coming in at 15 micron.

The elite wool prize went to Steven and Annabel Tully, Bunginderry, and Bob and Liz Morris, Whynot, managed by Mick and Louise Hall, showed the best pair of fleeces.

The prize for the best pet's fleece went to Fletcher Cross, Congie.

The one disappointment of the show was that COVID restrictions on travel meant that a lack of interstate shearers caused the Quick Shears competition to be cancelled.

However, the community had its scarecrow competition, the oldest running in Australia, to celebrate, with results being announced through the week.

When the show was cancelled in 2020 thanks to the pandemic, an online version of the competition established in 2007 went ahead, attracting record entries.

This year, all scarecrows had to include a sheep and wool theme, resulting in some inspirational entries dotting front fences of the town.

"We're fortunate to have someone of Cathy's calibre as part of the shearing display," show society president Danielle Stevenson said.

Steward Ben Hall said she had travelled the world competing, taking out the world championship in Ireland and meeting the Queen back in the 1980s.

He said she had pioneered female shearing at a time when there were very few women working in the industry.