Emerald agents experienced a smaller yarding, but a full panel of buyers were present and competitive on Thursday.

CAPITLISING on fierce market trends across Central Queensland, a Moranbah couple offloaded a pen of 50 EU Brahman steers and sold them for $1730 per head at the Emerald sale on Thursday.

Emerald agents experienced a smaller yarding this week, with 700 head from across the Central Highlands and Central West standing for sale.

A full panel of buyers were present and competitive, however a mixture of quality and lack of numbers did see some fluctuation in prices. 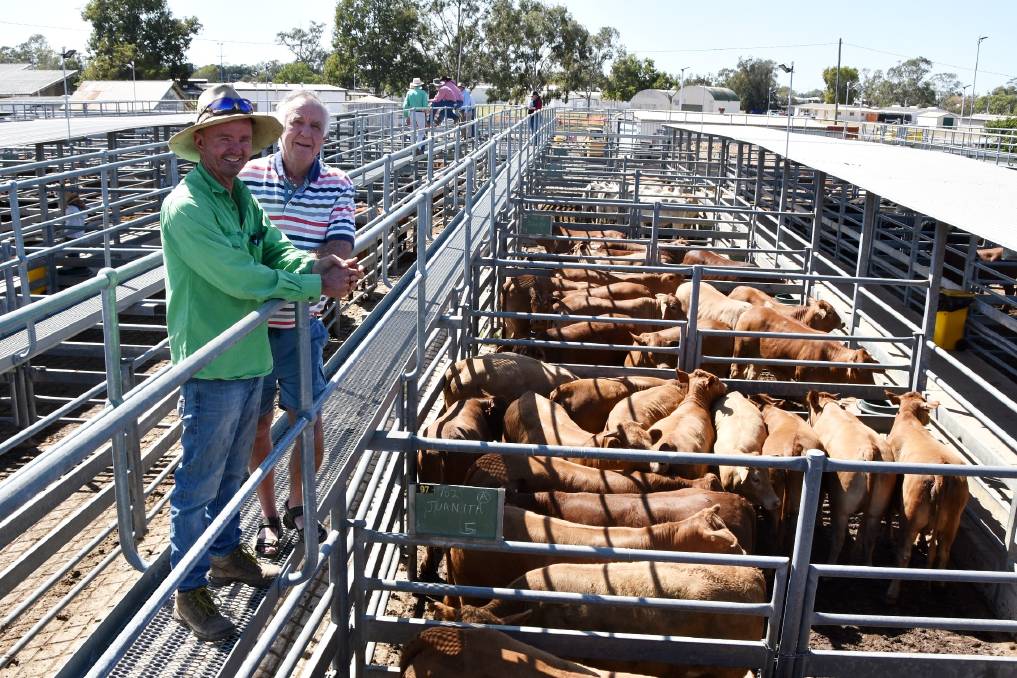 Emerald agents experienced a smaller yarding, but a full panel of buyers were present and competitive on Thursday.

The Rowe family usually sell their cattle straight to the meat works, but were in enticed on the steer prices at the moment to sell their Brahman steers through the Emerald saleyards

This line of Brahman steers are out of first calf heifers and Brahman sires that we've sourced across Queensland," Mr Rowe said.

"Due to the dry seasons lately we've decided to get out of bigger cattle and going into selling weaners.

"This is the first sale of the year for us at the Emerald saleyards, but we've been to two previous sales in the past and had good results

"We normally sell our weaners straight to the meatworks but we were enticed to sell them through the Emerald sales due to the current prices."

"It was a relatively small yarding, which is down a bit on our normal sale. The price for cows was very strong and there wasn't many bullocks compared to last week," Mr Maguire said.

"The fat job has never been so dear. We have 100,000 cattle go through our saleyards here in Emerald through the auction system and I don't think we've ever seen it reach these heights before."