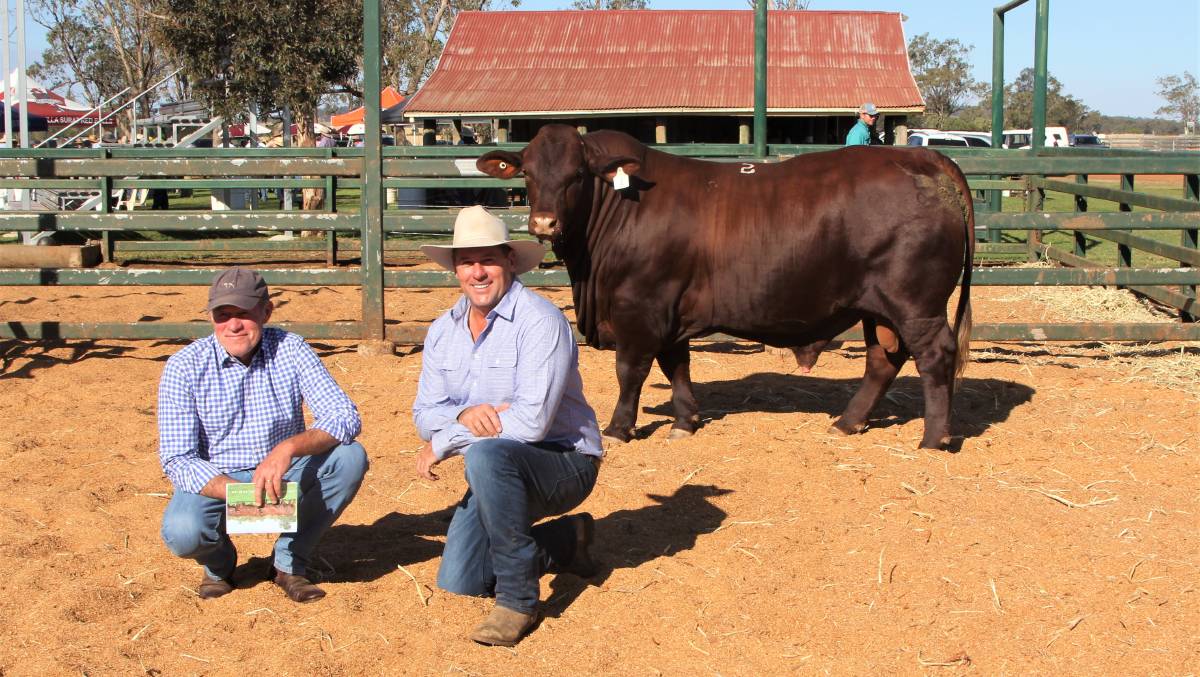 The anticipation was high and the bidding didn't disappoint at Yarrawonga's Santa Gertrudis bull sale on Thursday, when Scott and Wendy Ferguson, Glenn Oaks stud, Nobby outlaid $150,000 for the second lot into the ring, Yarrawonga Katmandu R236.

The result set a new record for the Santa Gertrudis breed for the Bassingthwaighte family, ironically breaking the record of $126,000 set last September by the Glenn Oaks stud at the Santa Central sale.

A horned bull, Katmandu is the son of Yarrawonga H Bomb (P), the 2018 Brisbane Royal junior champion and grand champion bull, and is the first of H Bomb's calves offered for sale.

As part of the Yarrawonga 2021 Ekka team, Scott Ferguson had been preparing Katmandu at Nobby, where his sire power was front and centre.

"I had H Bomb at home too - this one certainly has the same sort of body, thick and soft," he said.

"He's very correct, there's plenty of meat in him, and he's soft - that's a big thing.

"He was a standout in the Yarrawonga team all year."

The horned bull tipped the scales at 914kg at 23 months and had an eye muscle measurement of 137 square centimetres.

Yarrawonga stud principal Andrew Bassingthwaighte said he loved the bull, describing him as perfectly put together.

"Thanks so much to Scott and Wendy Ferguson - he must have performed well at their place."

Sargood Enterprises at Manresa, Augathella were the underbidders for Katmandu. They were able to use their dollars to buy Yarrawonga R454 (PS) six lots further along in the catalogue, paying $55,000.

Krafty was sired by Yarrawonga Fixer (P), the interbreed champion bull at the 2017 Ekka. 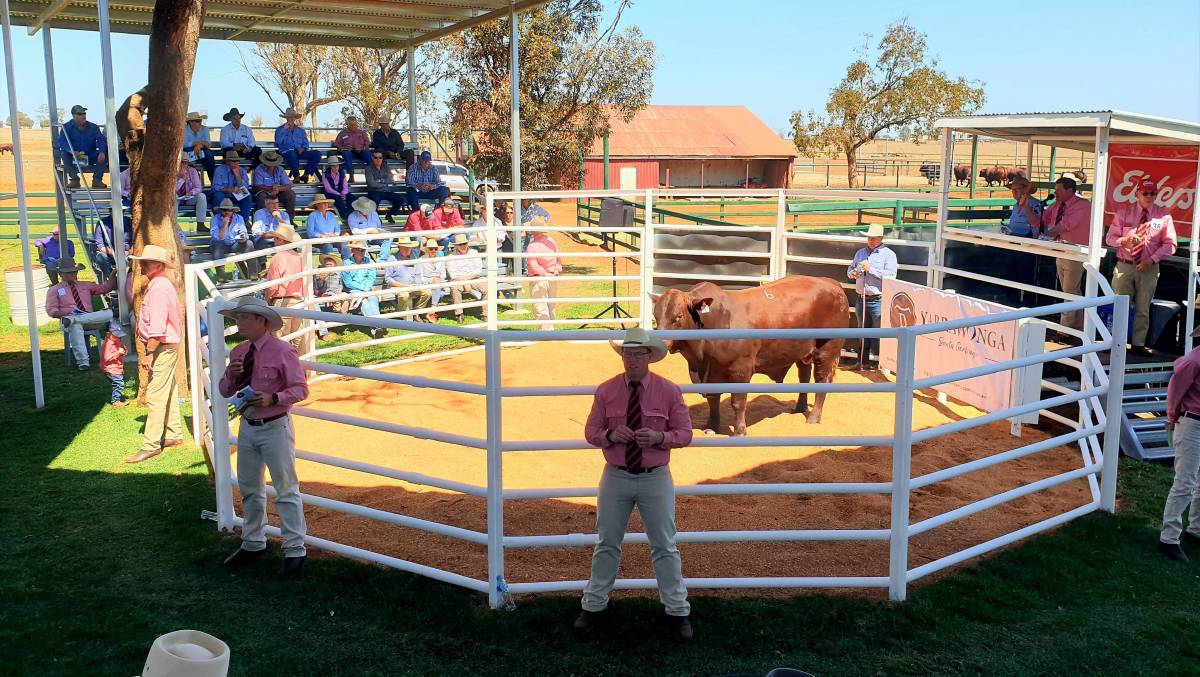 All eyes were on the ring at Yarrawonga on Thursday.

Kevin and Sandy Southern, Secret Plains, St George didn't step into the sale until after 100 bulls had been sold, but finished as the top volume buyer with 13 bulls beside their names, all purchased for the starting price of $5000.

They just edged out a buyer from Elders Alice Springs, who bought 11 bulls for a $5545 average.

By the end of the sale, bulls had been purchased by beef producers from Shepparton in Victoria, Jamestown and Truro in South Australia, Boyup Brook in Western Australia, and Inverell, Casino and Wellington in NSW.

In Queensland, bulls found new homes from Cloncurry to Esk.

The sale was a landmark for Andrew and Fiona Bassingthwaighte, being the first time the catalogue was filled solely with Yarrawonga bulls.

Mr Bassingthwaighte said the huge stud support, as well as that from commercial supporters, had been very gratifying.

The sale was conducted by Elders, with Michael Smith, Elders, and Cyril Close, TopX Roma, taking the bids. It was simulcast by AuctionsPlus.