Colourful shirt or not, every day is a good day to check on your mates.

After a run of desolate years, colour has returned to the paddocks at Kinbeachie in the Toobeah district.

But it's not just the yellow flowers of canola and lush green of wheat, barley, chickpeas, and faba beans that's dotting the landscape.

There's also the signature kaleidoscope of the TradeMutt shirts brightening the place up, and it's a movement that's taking place across all properties, spanning four states, owned by Daybreak Cropping.

"We had awareness of one fella in particular in our team that went through a bit of a bad patch, so when we were in town one day and saw the shirts on the rack, we thought it would be a good idea to buy one," he said.

"There were only three of us at the time and we all bought one to wear. We thought we might make it one day a month or one day a week sort of thing that we'd wear the shirts in support of him.

"We'd all seen the shirts before and been to other mental health awareness days around the area, so it was something in the back of my mind anyway, but the instigator was a staff member.

"And he's not the only one; I've been through my own struggles, so I've seen it from both sides of the ledger."

The idea to expand the TradeMutt reach, and the mental health conversation that comes with it, to other Daybreak properties came from one of the company's health and safety officers when the farm teams got together earlier in the year.

"Our health officer saw one of the fellas wearing the shirt and then made contact with us later on and from there they adopted it through the whole company," Mr Molesworth said.

"People wear them as they want to, as they see fit, and we try to have one day a month where we all wear them and have lunch at the pub or something like that. 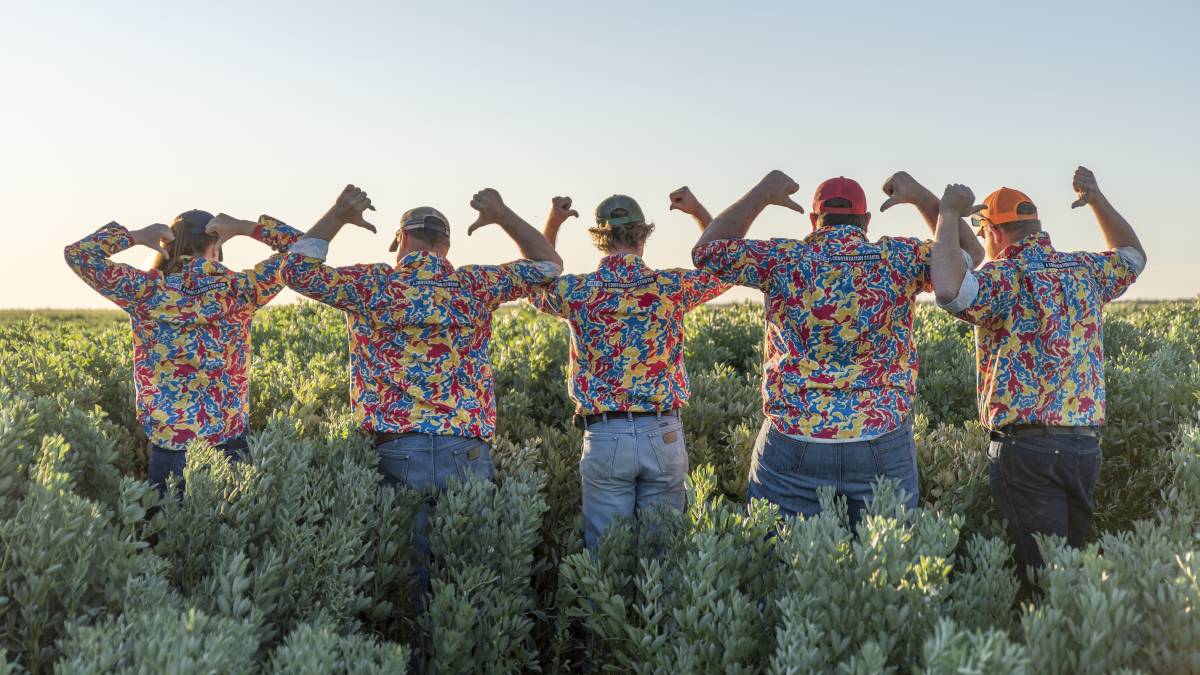 This is a conversation starter.

TradeMutt shirt or not, Mr Molesworth said the conversation about mental health has become more frequent in recent years, particularly during the drought.

"Certainly, everyone in the local area has been through it in the last four or so years, with the decline in the seasons; it was becoming harder and harder to face the same old grind every day, but fortunately this season turned around for us," he said.

"I think during that time, everyone became a lot more aware of mental health, it was in the media more often, and people were realising that they themselves were going through periods of depression or just low times.

"All of a sudden, people were becoming aware that that's what it was - it's not 'it won't happen to me', because it happens to everyone."

Daybreak purchased the 9000 hectare Kinbeachie in 2019, and it currently employs four full time staff, as well as two graduates through the company's graduate program.

"I was on this farm previously with another company and Daybreak took it over and fortunately we got to stay on with them," Mr Molesworth said.

"We were already three years into a run of bad seasons at that point; from about the summer of 2016, that was just a fairly constant decline.

"While it's easy to say 'it's not our money', you can't run the farm and not be invested in what you do, even as a manager, and in the people you've got there.

"Along with that, there was a decline in the local economy, jobs for partners and other people in the district, and it affected everyone.

"Having to get up every day and face the same sort of thing, watching your crops die and hoping and praying it rains and of course it doesn't, it wears you down." 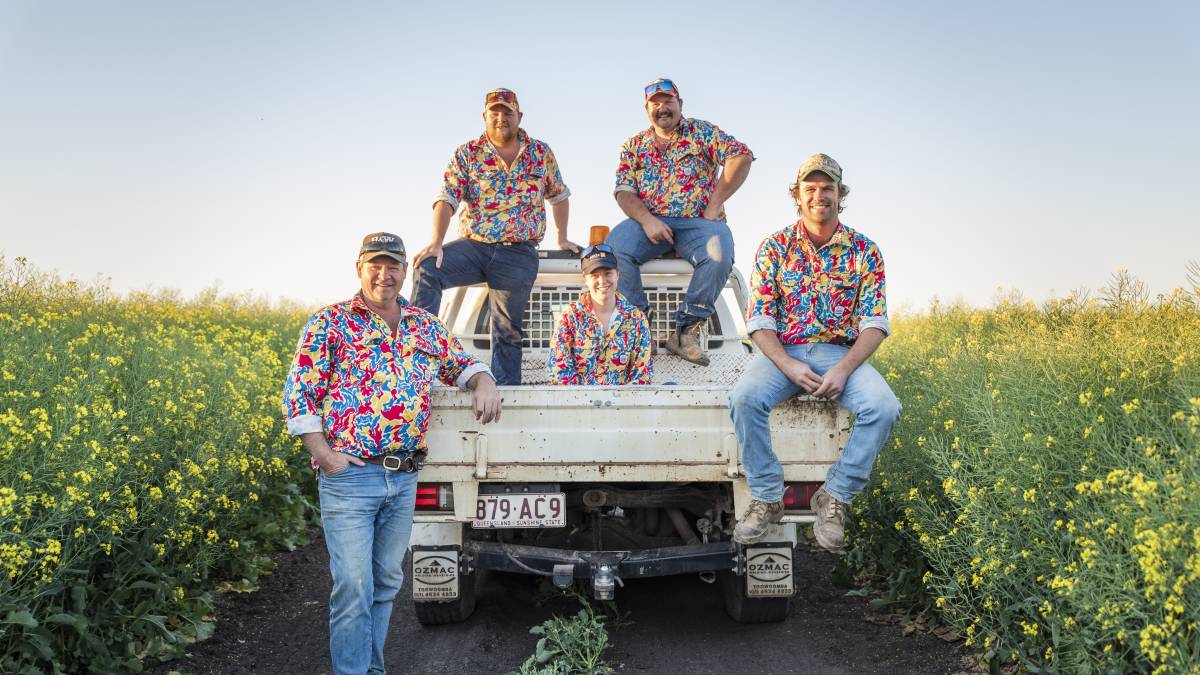 The Kinbeachie team was facing their fifth year in drought up until March, when the season finally broke, Mr Molesworth said.

"At that point, we were probably faced with the prospect of not planting a crop, and fortunately it did break and the season turned around.

"I had not one grad on the books but ended up with two of them. The turn around in the season, the grads coming along young and enthusiastic and full of ideas, and changes in our own staff - all of a sudden there was a horizon to look towards, new opportunities and a good outlook, and it sort of picked us all up and allowed us to focus again and get back on track."

The colourful design of the TradeMutt shirts might not be Mr Molesworth's normal fashion choice, but "I suppose that's the point, isn't it?"

"You can't take yourself too seriously at times with these sorts of things, but that is exactly the point, to make people look.

"And if we look silly wearing them, at least we've got a smile on our faces while doing so."