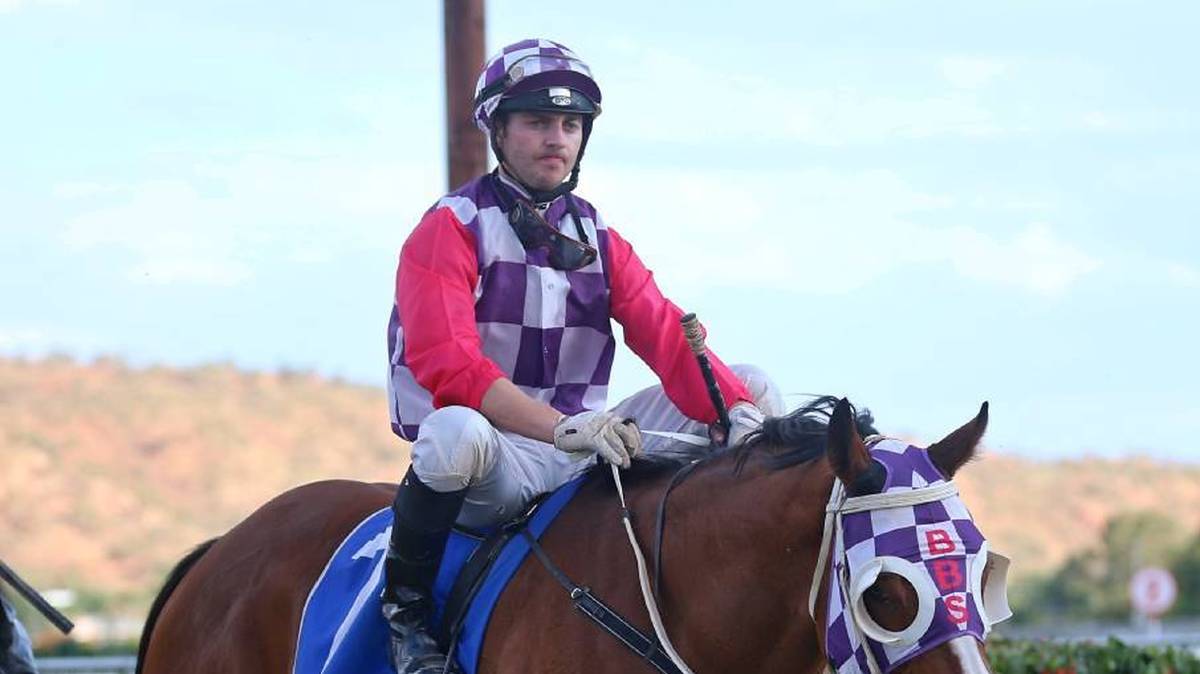 With rides in seven of the eight programmed events, Ric McMahon simply dominated the Barcaldine races

JOCKEY Ric McMahon made Barcaldine his own for a while last Saturday.

With rides in seven of the eight programmed events, McMahon simply dominated to finish the day with a winning quadrella.

Riding the favourite in the opening race, the Benchmark 65 Handicap (1000m), McMahon got just enough from Wall Street Tycoon (Tycoon Ruler-Bowen Street) to win by the barest of margins with only a nose between winner and runner-up.

McMahon made it a double when Blade Man (Domesday-Play For The Dane) scored easily in the Maiden Plate (1200m) and he stretched the winning run to three on Wall Street Tycoon's stablemate Yule My Hero (Kaphero-Yule Smile) in the Class 1 Handicap (1100m).

That Song (Your Song-That's Amore) rounded out McMahon's quadrella after cruising home by nearly two lengths in the Class 6 Plate (1300m) and victory sealed a treble for trainer Todd Austin, who also prepares Wall Street Tycoon and Yule My Hero.

McMahon finished third, fourth and sixth on his remaining mounts.

Three kilograms claiming apprentice Jasmine Cornish left Surat last Saturday with a double to her credit after teaming with Moriconi (Better Than Ready-Ultimo) and Phonaix (Spirit Of Boom-Koranovsky) to win the Benchmark 45 Handicap (1200m) and Benchmark 60 Handicap (1200m), respectively.