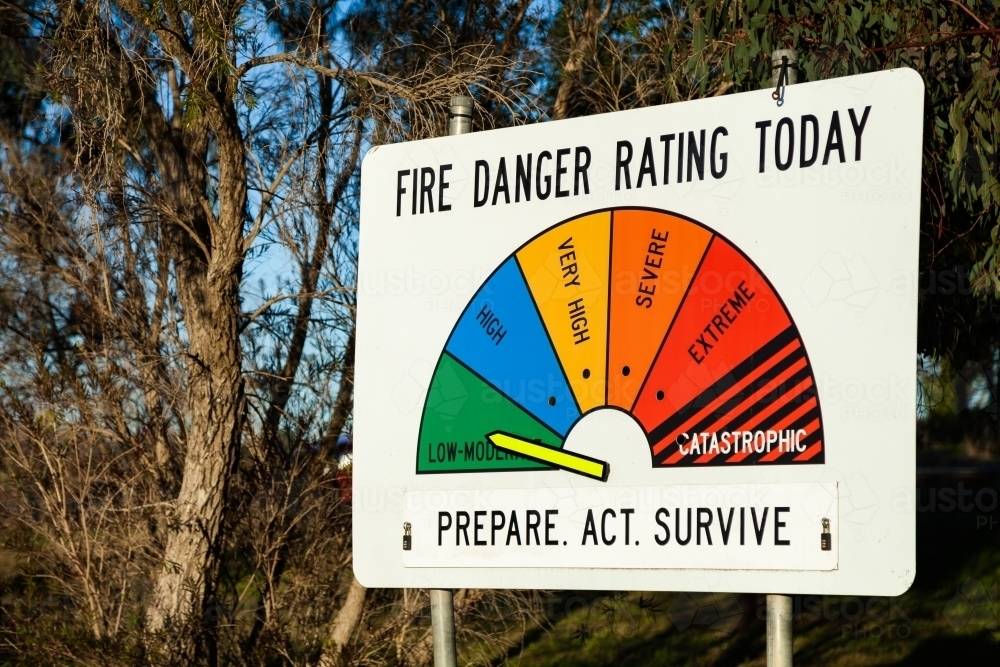 Fire danger signs like these will be updated, if they can be located.

Rural Queenslanders are being invited on a Mintie hunt but instead of gorging on lollies at the end of it, new solar powered electronic Fire Danger Rating signs will be the reward.

Rural Queenslanders are being invited on a Mintie hunt but instead of gorging on lollies at the end of it, new solar powered electronic Fire Danger Rating signs will be the reward.

Rural Fire Brigades Association of Queensland general manager Justin Choveaux said the search to locate all the existing signs in the state was aimed at ensuring they were in the best locations to keep communities safe, and to upgrade their condition.

"Other states have had electronic signs for years so we're putting up $500,000, funded by charity, and the government has put up a similar amount," he said.

The Department of Transport and Main Roads will also be assisting.

"We don't know if it's going to be a big job because we don't know how many signs are out there," Mr Choveaux said. "Some of the existing signs have been funded by local councils and others by big mining companies - it's all a bit higgeldy-piggeldy."

The general public is being asked to help find as many signs as possible, by using a QR code on their smart phones to open a capture tool to take a picture and enter some basic details about the sign, and press submit. It includes a geolocator.

This information is then captured by Rural Fire Services Queensland.

Mr Choveaux said once all the information had been collated and sites assessed, they may select some strategic locations for new signs.

"We're thinking of putting signs in areas that a lot of grey nomads will see - they often don't have high knowledge of an area when they come into it, and the signs will help raise their awareness of fire danger days," he said. "We want to keep the public informed in all sorts of ways."

The signs will have the capacity for community messaging along the bottom.