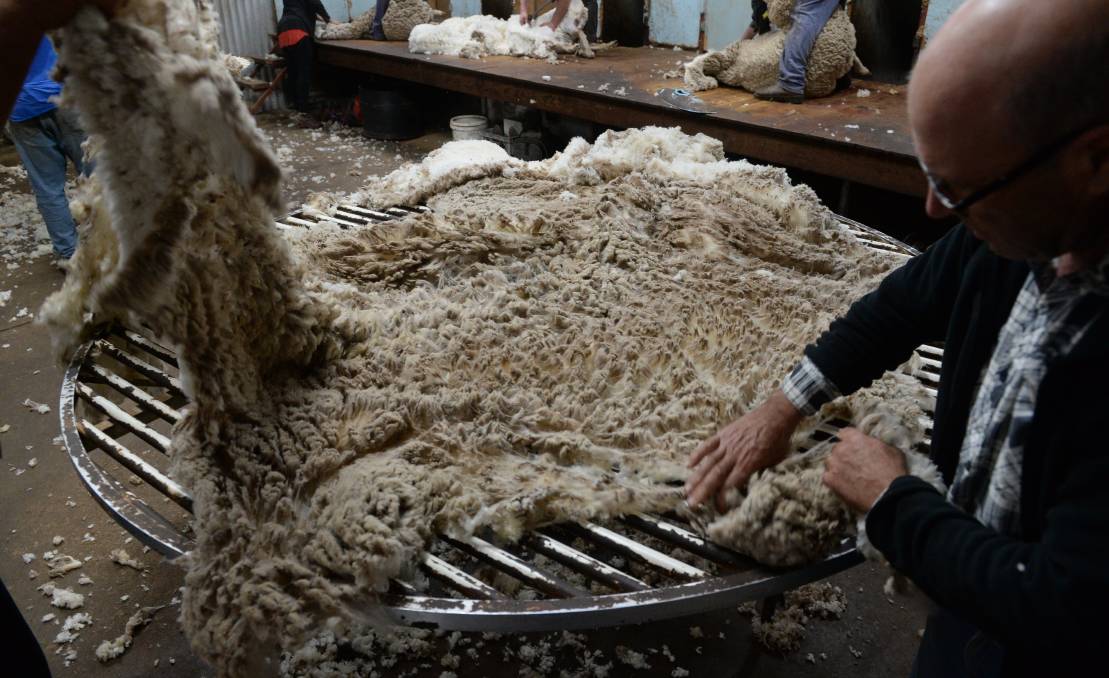 Consumers want the "story" of wool and the experience of its production, which bodes well for the next year or two of retail demand for the fibre.

Consumers want the wool fibre "story", the experience and the end product.

The Australian wool market continued to wobble about last week, and perhaps the dreaded "yo-yo effect" is returning.

This is where the market tends to bounce up, and then down, from week-to-week.

Greasy wool supply had constricted to such a point prior to last week's sales that it pushed prices higher - even in the current subdued demand environment.

Then, last week, the market more or less continued its fall. This was pushed lower by a stronger local currency.

Although, again, the extreme shortage of some wool types meant prices started to rise later in the week.

Overall, the market closed down by 18 cents a kilogram in local currency terms as a stronger Australian Dollar shaved some of the cream off the top.

Given that last week's price levels are more than 50 per cent - or almost $5 per kilogram - higher than 12 months ago when the despair of COVID-19 was pummeling the market, current prices are actually pretty good.

In US Dollar terms, the wool market was virtually unchanged - with only 4c/kg trimmed off the Australian Wool Exchange Eastern Market Indicator.

The self-regulation of the market has worked a treat.

Growers have withdrawn supply at a time of reduced demand to halt the price fall.

Now that supply and demand is apparently in balance, people will rightly ask where the market will go from here.

Italian buyers have been active in recent weeks, and have mostly returned from holidays to the office and boosted their market presence.

These operators have a bit of ground to make-up, after their COVID-19-induced absence last season. This is resulting in their current increase in activity.

The Indian mills disappeared when the market started to wobble - as they are wont to do - but have now re-emerged to play an important part.

Chinese players have been sitting back and waiting for retail signals, which are still forthcoming.

But, overall, they seem to have decided that the market has probably gone as low as it will go - and buying activity from the traders has lifted again.

But now everyone has put at least a toe back in the water.

So, the outcome for this week - with about 37,000 bales on offer and no South African wool offering - should again be more positive.

It is the uncertainty of the current economic and political backdrop that has resulted in many buyers holding back in recent weeks - as well as the typical cyclical trend.

Supply chain disruption is ongoing, and last week this was evident with the release of data showing German factory activity had fallen to its lowest level in six months.

A purchasing managers' intentions (PMI) reading of 62.6 was still registered in the HIS Markit survey, and anything above a reading of 50 indicates growth.

But a 3pc drop is significant, and mostly due to the slowness of getting raw materials into a factory.

Chinese PMIs also missed the mark - but this was not due to the supply chain bottlenecks.

Its lower figures in the non-manufacturing sector were directly attributed to the COVID-19 Delta variant resurgence, given lockdowns and the threat of lockdowns slowed activity.

Also weighing on the nerves of Chinese consumers is the current "death spiral" of the second biggest property developer in China.

According to a report by media outlet CNN, Evergrande is in dire straits and has warned it may default on its substantial debts. Its share price on the Hong Kong exchange is down 72pc this year.

It is the flow-on effects to other share prices that matters to the average Chinese consumer.

Already, technology stocks and the private education sector have been whacked with a big stick.

Potentially, more industries could come under the government spotlight in the lead up to the National Congress in 2022.

The Chinese stock market, where a large proportion of citizens invest their savings, is already down significantly this year.

This has the retail sector slightly concerned as it enters a strategic sales period.

So, as always, there is a caveat to the typical cycle kicking back in and wool prices climbing again after the typical spring dip.

In this case, the dip has been minimal compared to the previous two years - and odds-on we will still see a recovery in prices as we get closer to Christmas.

But the Chinese domestic market has been the saviour for the finished goods market in the past 12 months, and it is perhaps feeling a little unwell at present.

The current wool prices, as mentioned, are pretty good - at least for Merino and fine crossbred types.

Those who need to sell now for cashflow reasons or risk management preferences are receiving a reasonable return for their endeavours.

As the processing cycle moves on, new demand will inevitably emerge and we can feed more supply onto the market and maintain current prices - or even increase levels, providing the currency doesn't head back to US80 cents.

Generating that new demand, on top of the cyclical increase, is where the benefits in price really flow.

And now that the world is slowly opening up again after COVID-19, the conversations can re-start.

Many marketing campaigns have been on "pause", given the lack of foot traffic and customer interaction.

But in places other than Sydney and Melbourne, shoppers are out and about again.

The plethora of new retail websites offering a Merino experience that is totally different from the traditional way in which wool has been marketed in the past is growing every week.

The fact that most of these companies have gaps in their product ranges, in certain colours and sizes, highlights not only the ongoing supply chain disruption, but - importantly - the fact that products are actually being sold.

Consumers are wanting the "story", the experience and the product.

No one is predicting a super cycle, but the next year or two should be very good.

This is providing we keep managing the supply-demand balance, as we currently are doing.

The story Consumers seeking out the story behind wool may tip price cycle in sector's favour first appeared on The Land.