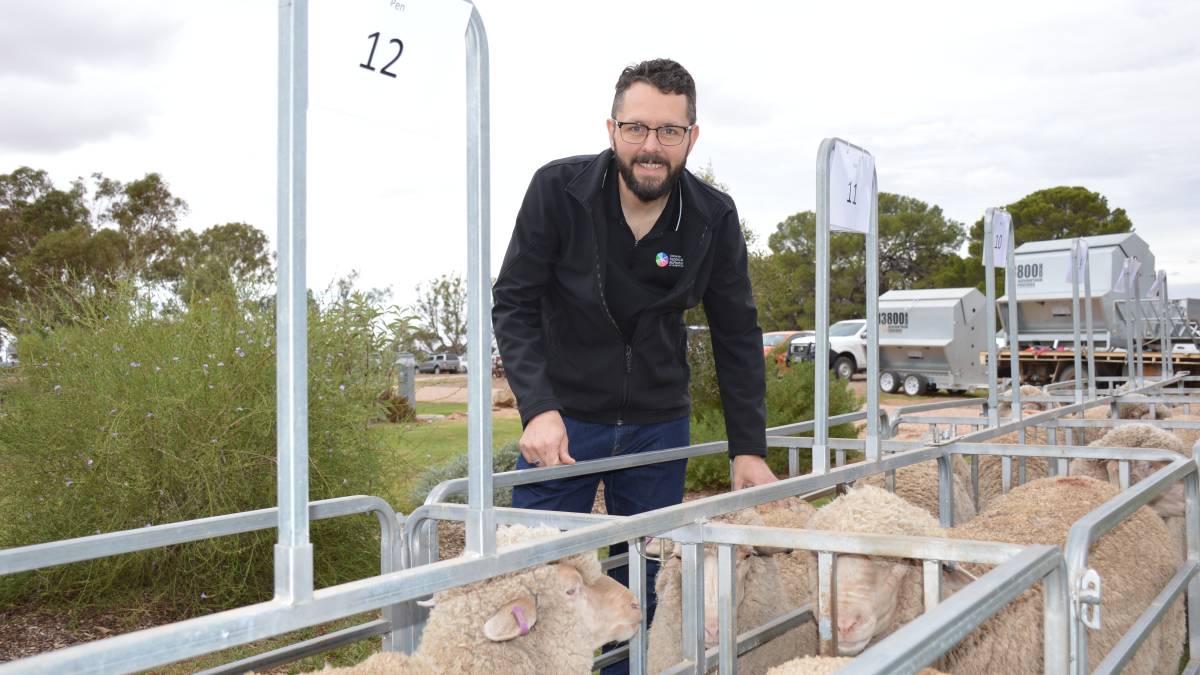 SHARP RELIEF: Centre for the Nanoscale BioPhotonics director Mark Hutchinson is testing whether it is possible to use pain biomarkers developed for human medicine to get a measure of pain in sheep.

CONSUMERS increasingly want to know the lamb chops or the Sunday roast they are buying have come from animals that were raised with the highest animal welfare standards.

CONSUMERS increasingly want to know the lamb chops or the Sunday roast they are buying have come from animals that were raised with the highest animal welfare standards.

But without the ability for animals to verbally communicate with humans and tell us they are in pain or where it hurts it has been difficult to prove this.

That may soon change though with the Centre for Nanoscale BioPhotonics - ARC Centre of Excellence transferring human medical research - that now has the ability to see pain at the molecular level - into the livestock sector.

Neuroscientist and director of the CNBP Mark Hutchinson says chronic pain is imprinted on the body and can be seen in humans through biomarker tests of the central nervous system and even blood.

Through a Meat & Livestock Australia-funded project, the CNBP and the Davies Livestock Research Centre at the University of Adelaide's Roseworthy Campus, is validating these tests in sheep and examining the pain response to lamb marking and castration procedures.

"We now know what pain looks like at a molecular and cellular level, we can take brains and spinal cords of humans and animals and say definitively, 'Has this brain experienced pain?'," he said.

The first group of lambs in the project have be tail-docked and the males castrated in early August with another group to be put through the marking cradle in September.

Prior to marking, blood tests will be taken of each individual lamb.

They will be retested three months later to determine how much pain they have experienced.

Prof Hutchinson says this could be a game changer for sheep producers in maintaining their social licence but also having healthier, happier sheep that are more productive.

"If you don't have animals in pain, suddenly their reward systems are switched on," he said.

"They are more psychologically resilient, they will eat the right foods when you want them to and they will actually put on beneficial weight."

In the second stage of the project, they hope to gain further industry funding to work with interested producers to compare the pain response from different approaches to husbandry practices and thus confirm best practice techniques.

Prof Hutchinson also sees a big opportunity to learn from the "mistakes" in human medicine to develop new drugs for the livestock industry that treat both acute and chronic pain.

The drugs presently on the market focus on mitigating acute pain but - just like humans - he believes a percentage of sheep will experience prolonged pain throughout their lives.

"If you break something, the pain relief of choice in modern medicine is still morphine," he said.

"That is a 2000-year-old drug. The newest drug we have to treat pain is nearly four decades old."

He says these opioids block pain at the site of the injury rather than also treating the brain response that may occur.

"There is no switch for pain in either humans or livestock so our approach to pain is fundamentally wrong," he said.

"When we deal with injury - whether that is a human injury, an incision, a burn, a fracture or a husbandry practice, mulesing, tail docking, castration - these all drive an injury danger response in the periphery.

"Yes we use nerve blocks and that stops the transmission of that pain signal by the direct wiring systems of the body but these danger signals float around.

"We don't ever stop the molecular danger signals getting into the brain and modifying the brain function."

The ultimate goal though, according to Prof Hutchinson, could be to breed sheep that have a higher threshold to chronic pain.

"We need pain, we know those who have the genetic mutation that feel no pain whatsoever die early and often in terrible ways because they are unable to learn the danger signs and continue to take risks that others wouldn't, but this is acute pain not consistent chronic pain, which has no such learned benefit," he said.

If you don't have animals in pain, suddenly their reward systems are switched on. - MARK HUTCHINSON

"It is not about breeding a sheep that we can be harder on but identifying those genes that influence pain, give a higher immunosuppressant response or faster rate of wound healing and putting these traits into breeding values."

Prof Hutchinson accepts it is not feasible for the livestock sector to monitor the pain of thousands of sheep in a flock and treat them individually but he says it is "within reach" to adopt a well-being grading system by testing brains or spinal cords of carcases at the abattoir for pain.

"We are close to having Meat Standards Australia for lamb proving to consumers that we have a beautiful eating quality product so why not also be able to say that the carcase has come from an animal that enjoyed a life worth living," he said.