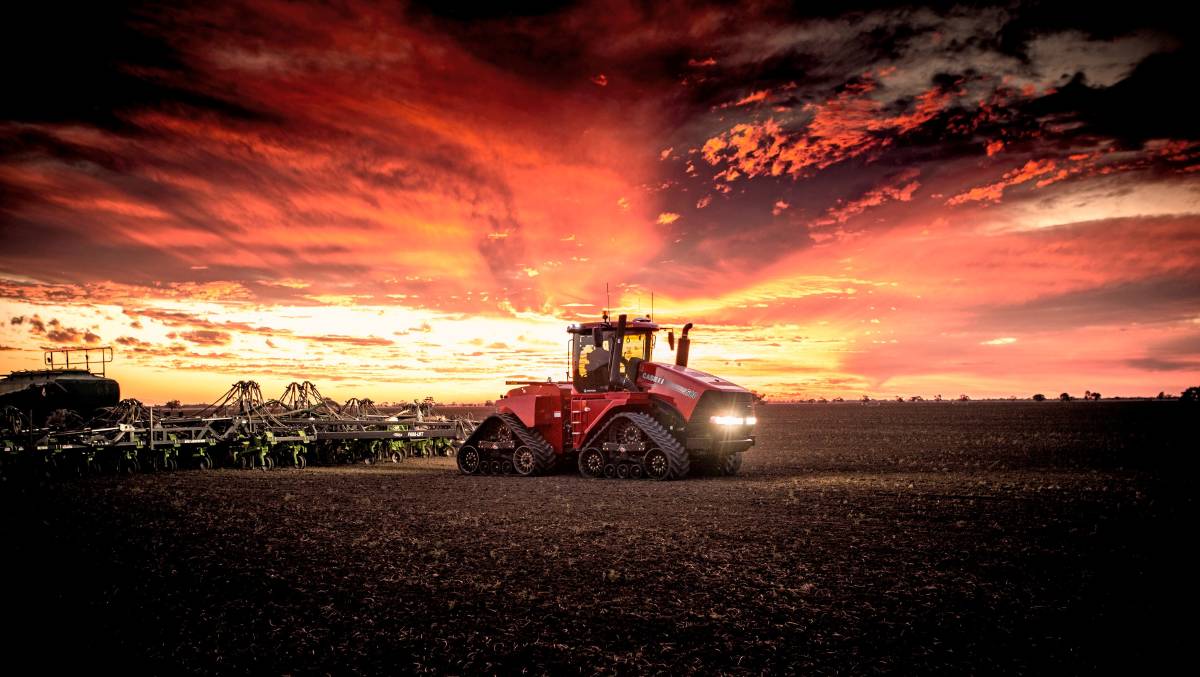 Case IH's Steiger CVT has received high praise from farmers since its launch three years ago.

The decision to buy an articulated four-wheel drive tractor with a continuously variable transmission is one Queensland farmer Shane Eising has never regretted.

The decision to buy an articulated four-wheel drive tractor with a continuously variable transmission is one Queensland farmer Shane Eising has never regretted.

Mr Eising and his wife Emma farm more than 1415 hectares just west of Condamine, on the western Darling Downs. The couple bought a 373 kilowatt (500 horsepower) Case IH Steiger CVT just after the tractor was launched in 2018.

Mr Eising admits the timing could have been better given the region was plunged into brutal drought for a number of years, but investing in the added versatility of the CVT option is something he has never regretted.

"It's really nice to drive, and easy, because the CVT means you're not having to worry about gears all the time, and not worrying about what speed you're doing - you just set your speed and it goes," he said.

"It does all the planting and chisel ploughing, we use it with the chaser bin; we use it for everything really - it's pretty versatile and it's proved very reliable."

CNH Industrial, the parent company of Case IH, offer the only articulated 4WD tractor with CVT on the market, and the Steiger CVT includes a variety of unique features.

Case IH Australia/New Zealand Steiger product manager Jason Wood said the versatility of such a big and powerful tractor could not be underestimated.

"One of the beauties of the CVT is that it can run at really slow speeds in certain applications, which means the Steiger CVT is capable of doing things that couldn't be done before, which is an enormous advantage," Mr Wood said.

"Basically, there's infinite speeds from 0.19 up to 40 kilometres per hour."

Mr Wood said the ease of use was another big advantage of the Steiger CVT, with less experienced operators finding it easier to use than a normal power shift.

The tractor will adapt to loads by adjusting the engine RPM and transmission automatically to optimise fuel efficiency in every application, when set up correctly.

"So, even if someone less experienced is in the cab, there's no concerns about them operating the tractor incorrectly - it's going to do what it needs to do for optimum fuel efficiency. If it senses a reduction in load it can drop engine rpm back to as low as 1400rpm," Mr Wood said.

The tractor immediately showed off both its efficiency and adaptability to fellow Queensland farmer Walter Brosnan when he purchased a Steiger 500 CVT last year.

"We've used it mainly for laser bucket work and planting, and we've certainly noticed a difference. On the scraper it's a lot better and more efficient, because it just gears itself down, you're not having to change gears all the time," Mr Brosnan said.

Mr Wood said customers also appreciated the safety features in the Steiger CVT, particularly active hold, which allows the tractor to be in gear, and unless the propulsion lever is pushed forward, it will remain stationary.

"Even on an incline and with a load on, it will just sit there - it makes it very safe to operate," Mr Wood said.

The story Steiger's versatility a hit with farmers first appeared on Farm Online.