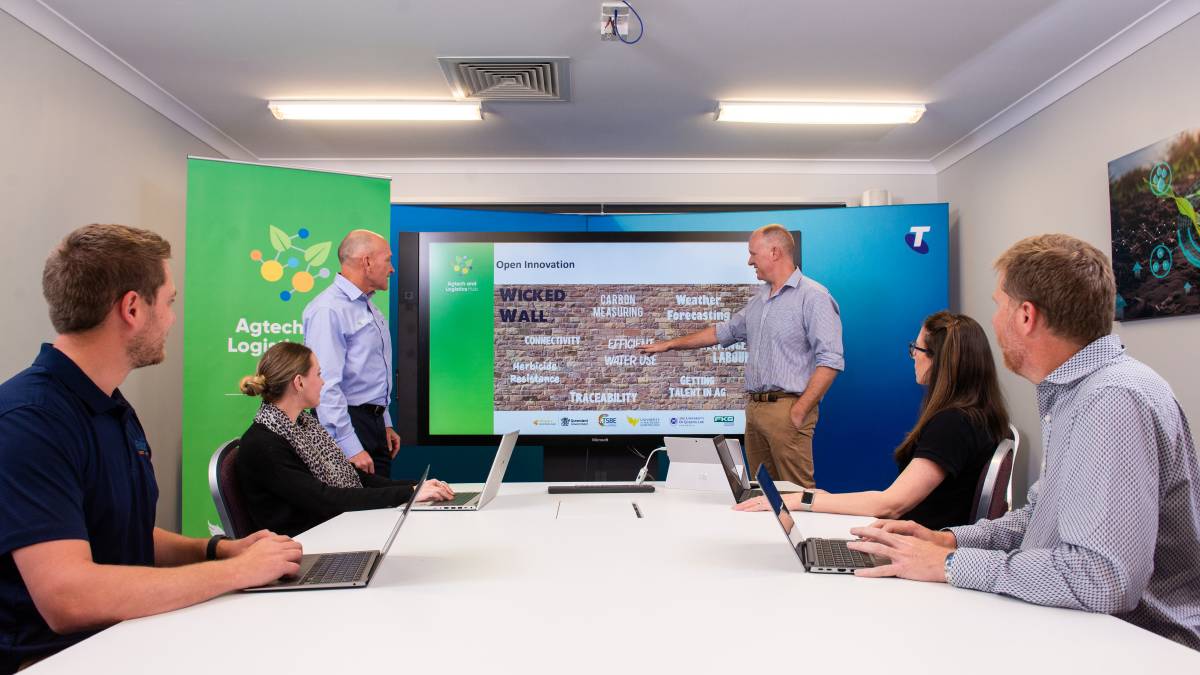 More than 80 agtech businesses have engaged with Toowoomba's Agtech and Logistics Hub since it opened in May.

Australia's agtech industry is predicted to be worth $100 billion by 2030 but the sector needs to almost double its growth rate to get there.

Australia's agtech industry is predicted to be worth $100 billion by 2030 but the sector needs to almost double its growth rate to get there.

That's according to a new report released by the Australian Information Industry Association on Tuesday.

The whitepaper, Growing Globally Competitive Industries: Powered by Australia's innovative technology, delves into the economic growth potential of a number of sectors including agriculture, health and manufacturing.

AIIA is calling for the federal government to recognise agtech as a standalone industry with its own oversight body and governance framework.

"What we're seeing offshore is a significant investment in agtech, including robotics and AI (artificial intelligence) in particular.

"So we're seeing a situation where we can continue to be world leaders in agriculture and technology, or we become a country of consumers rather than producers if we don't keep pace with the level of investment in technology offshore."

Australian Agritech Association chairman Andrew Coppin likened the country's agtech performance to the work that goes into training and winning at the Olympics.

Mr Coppin said "we have to decide we want to be a global leader" and realise the huge opportunity agtech presents.

"We should win the Olympics for agriculture and we should win or at least be on the podium for agtech," he said.

Another key recommendation in the report was establishing 'regional innovation centres'.

The centres would have a strong commercial focus and connect start-ups with research and development corporations and investors.

Mr Gauci said there were examples of technology being developed in Australia, sold offshore because the domestic market has not been sufficiently developed, then later sold back to Australian producers.

"To me that's a lost opportunity if we don't invest, commercialise and leverage," he said.

"The beauty of technology solutions that we can sell to the world is it is not dependent on the size of our population or our location.

"You don't need to be big or well located to be clever; the opportunity then is to monetise the cleverness."

When it comes to quantifying the importance of agtech centres, one need only look at Toowoomba's Agtech and Logistics Hub.

Since opening in May, more than 80 agtech businesses have engaged with the hub and more than 100 stakeholders are showing up each month for meet-up events.

Toowoomba and Surat Basin Enterprise, the Queensland government, FKG Group, University of Southern Queensland and the University of Queensland formed a consortium and invested $6 million to turn the vision for an agtech hub into a reality.

The Queensland government has also committed $16.7m in funding over five years to establish the Smart Cropping Centre at Emerald.

One of the barriers agtech companies face is reaching scale, with most agtech start-ups securing funding from private capital and venture capital investment or via RDCs.

Establishing a dedicated agtech funding stream of $10m within the Entrepreneurs Program run by the federal Department of Industry, Science, Energy and Resources could help address this challenge.

"Agtech does need to have its own separate funding streams rather than sit in other programs that generally get soaked up by metropolitan start-ups," he said.

Mr Coppin said 98 per cent of Australian agtechs are start-up, scale-up companies that are not yet at profitability.

He said it was only by getting scale, companies could start reinvesting more in their tech, people and service.

"We need those companies to be successful, we need to make them sustainable," Mr Coppin said.

"If we can create some really big Australian agtech success stories, we can create even more. The rising tide will lift all boats."