Consistently breeding good quality Droughtmaster weaners is the primary objective for the Davies family situated at The Nobbies, approximately 100km north of Cloncurry. 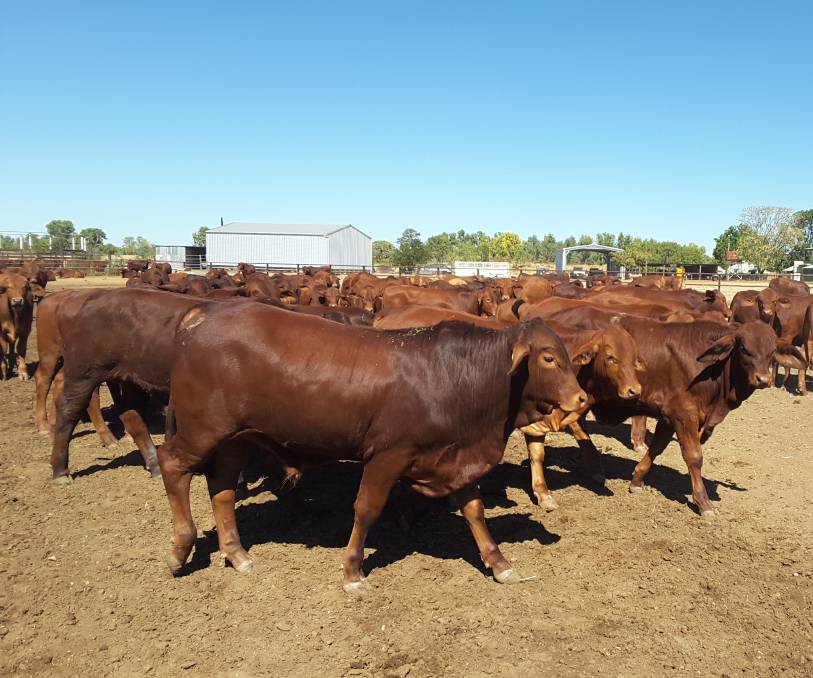 Business objective: In their breeding program at The Nobbies, the Davies sell their pure Droughtmaster weaners straight off their mothers when they're between eight to nine months-old.

Consistently breeding good quality Droughtmaster weaners is the primary objective for the Davies family situated at The Nobbies, approximately 100km north of Cloncurry.

Peter and Coral Davies moved to The Nobbies at the end of 1989 when it was owned by Coral's father, Lionel Hudson.

They purchased the property in 2013 when Mr Hudson retired to Cloncurry. They now run the business with their daughter Krystle and her two young daughters, Kira and Haley.

The Nobbies consists of a good mix of country, which varies between Mitchell and Flinders downs leading into river flats grassed with buffel and spinifex silverbox country.

Mrs Davies said to date this year they've received 381mm of rain, which has been spread out a bit more than in previous years but still a bit patchy.

"At the moment, our country still has a fair amount of dry feed remaining, and the cattle are all still in good order," she said.

The family have been utilising Droughtmaster bulls for close to 35 years, and are happily continuing to breed pure Droughtmaster progeny.

"We find they do well in this country, they have a good quiet temperament, they're easy to handle, sell well as weaners and have great eye appeal."

The Davies put their bulls in the paddock with their cows in late December and pull them back out 16 weeks later, around Easter.

"In 2020 due to short sharp wet seasons over the previous three years we reduced our herd to spell the country. As a result we only kept cows PTIC, a process we repeated this year.

"Temperament is a top consideration for us when selecting females, followed by conformation and a cows ability to raise a calf each year. We cull anything that can't handle the buffalo fly. Though these processes our fertility rate is usually between 75 to 77 per cent."

Due to the size of The Nobbies, the Davies sell their weaners straight off their mothers when they're between eight to nine months-old.

"Steers this year averaged 258kg and heifers 225kg. We find selling our weaners off their mothers is practical as they haven't cost us much except for a bit of lick, they bring good money and we've found in the past that even if we kept them for another 12 months they wouldn't bring anymore money in. We don't have enough country to keep them going ahead."

To help strengthen and diversify the bloodlines in their herd, the Davies purchased two bulls from the Kinbacher family, Garthowen Stud, in 2009. In total they've bought nine Garthowen bulls to date.

"At the moment we have two Garthowen bulls in the paddock, but we're looking to add to that number in September at the DN Sale.

"We've never had a Garthowen bull with a bad temperament and they do well out here. One of the bulls we have at present was put in our roughest paddock and he handles it no worries. They have good bone and structure."

The Davies are planning on attending the DN sale this year (Covid pending).

"We look forward to having the opportunity to select from a wide range of studs and genetics at the sale. We've never been disappointed by the bulls we've purchased there."

Mrs Davies said they don't have any plans to change their operation at present.

"We'll just continue to focus on improving the quality of our stock and on purchasing the right bulls to make that possible."