The Braford breeding tradition runs deep for the Marks family, with the breed having proven to be highly productive since they were introduced in the late 1960s. 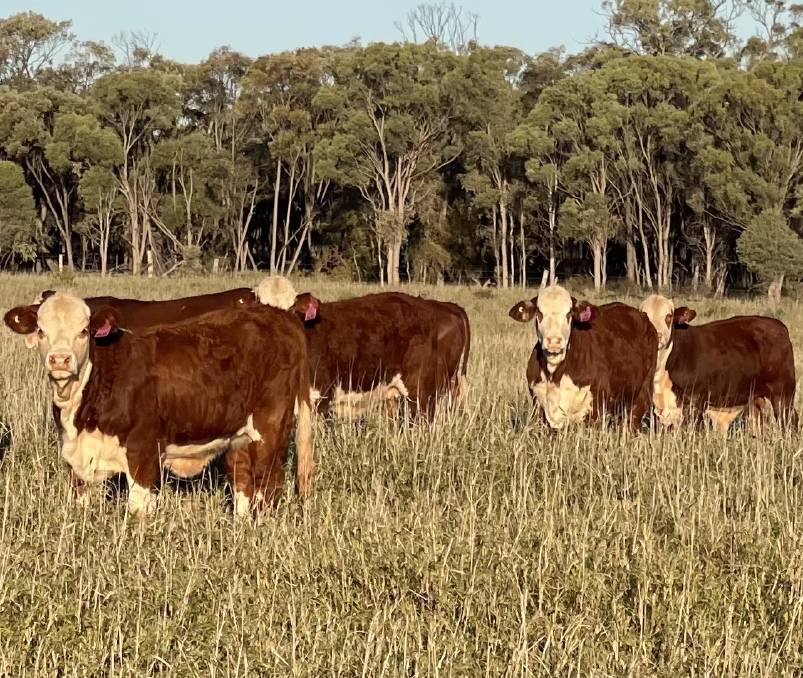 The Braford breeding tradition runs deep for the Marks family, with the breed having proven to be highly productive since they were introduced in the late 1960s.

Today, Darren and Alice Marks run the business with their eldest daughters Olivia and Natalie. Their youngest daughter Amelia is at boarding school in Rockhampton, but is always eager to assist when she's home.

They manage their operations from Winvic, in the Kilcummin district north of Clermont, which was drawn by Vic Marks in 1957, and passed onto his son Charlie (Darren's father). In 2014, Darren and Alice purchased a coastal block, Hallevale, in the St Lawrence district, which enabled them to double their breeder numbers. They also manage a forestry block 20km from Winvic. Winvic is mainly black soil open downs and brigalow country and Hallevale is coastal forest country supporting improved tropical pastures.

It was Charlie Marks who introduced Brafords to Winvic more than 50 years ago.

"It's mainly tradition that keeps us breeding them. It's what we prefer to look at in the paddock. The Braford female is so productive, they can tough it out when conditions aren't favourable and they thrive when the season turns around," Mrs Marks said.

She said their core herd is pure Braford and they also maintain a crossbreeding program using Poll Hereford and Red Brahman bulls.

"The Hereford cross females are joined to Braford or Red Brahman bulls to clean up their progeny's coats and provide tick resistance. The high content females are crossed back to Poll Hereford bulls to maintain the tropically adapted flatback phenotype. The use of Braford bulls keeps our herd uniform and maintains the hybrid vigour."

The Marks prefer to sell into the grassfed markets at 320kg carcase weight but over the past few years they've turned off a large percentage as feeders and weaners straight off mum. This has enabled them to maintain breeder numbers during the marginal seasons.

"Winvic has only received 220mm of rain to date this year, but our 12 month rolling average is a bit better at 420mm. The coastal block, Hallevale has enjoyed a great season though."

Their joining period is November to March for the majority of the herds, but they've narrowed the window to four months for the stud cows to keep the fertility pressure on.

"A large cohort of our maiden heifers are AI'd for their first joining and we're also yearling joining to add to the fertility pressure and identify the early maturing females. This year we want to increase fertility from 86 per cent, across the three properties and including heifers, to the 90pc mark. We'll also embark on a large AI program of up to 400 females using Brahman, Poll Hereford and Braford genetics this year.

"We're very strict with culling non-performers, including bulls. We do an annual bull breeding soundness examination (BBSE) on all herd bulls including a morphology test and we've found that our fertility rates have improved since we've focused on retaining high morphology bulls. Another trend we've noticed since we have been genotyping progeny is the higher morphology bulls produce a larger percentage of the calves."

This focus on high morphology bulls led the Marks to buying a bull from the Moger family, Triple S Brafords, for the first time, at the 2020 National Braford Sale.

"The Triple S bull definitely ticked all the boxes for us. Our bull selection list includes growth, structure, the homozygous polled (PP) genotype and a morphology test and he had it all.

"He has recently retested with very high quality semen in this year's BBSE, so we applaud the Mogers for the fertility focus in their bulls. It provided us with peace of mind that the bull was fertile before he was put out in the paddock. There is nothing more frustrating than purchasing a bull and finding out at the end of the joining season that he is infertile."

The Marks are looking forward to attending the 2021 National Braford Sale.

"It's always great to see what the other Braford breeders are up to with their breeding programs, as well as sharing the joy of the good season for those that have been lucky enough to have received one.

"It's terrific to see progressive young Braford producers like the Mogers providing buyers with measurements in fertility, genotype and phenotype, we wish them great success at the 2021 National Sale."

"There is also 365ha of leucaena on Winvic."

She said they have a stud herd that is used to breed herd bulls and replacement females mainly for their own use.

"However, we do sell around 20 paddock bulls every year and for the past four years we've been invited vendors at the on-property Bendemeer Bull Sale held annually in November."