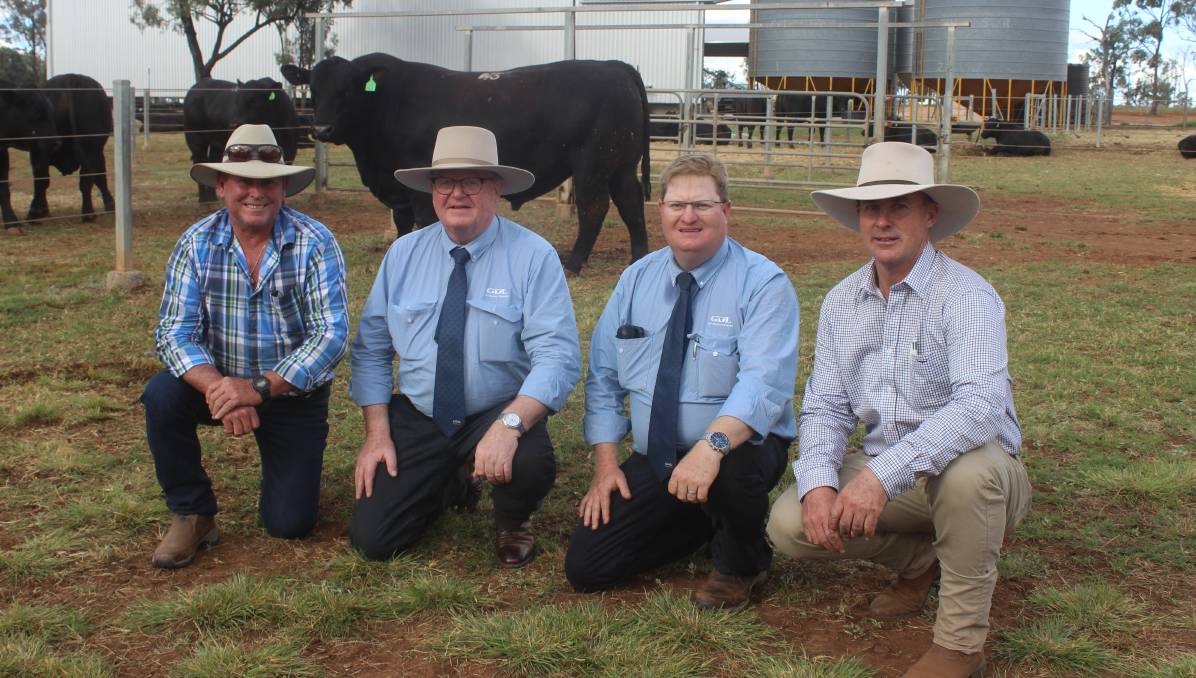 It was their first on-property bull sale since relocating to King Island five years ago.

Raff Angus bulls made a welcome return to their former stamping ground at the family's previous Drillham property at Mundibulanga, for their first on-property bull sale since relocating to King Island five years ago.

The 36th bull sale which was interfaced simultaneously with the Raff family's female sale held in Victoria, resulted with 103 bulls selling to a top price of $32,000 to average $12,000.

The female sale kicked off at Walwa at 12 noon before crossing to the sale bulls at the Drillham sales complex with buyers active through both AuctionsPlus and Elite Livestock Auctions.

A total of 103 bulls were transported to Queensland in the middle of May where they were acclimatised in the Condamine district and were prepared for sale before moving to Mundibulanga sale complex now owned by James and Susie Milson.

Stud principal Andrew Raff told the gallery of buyers it was brilliant to be back in Queensland, although a little nerve racking to see if they could get clients on seats after such an absence.

He said the bull sale result was beyond their expectations with 10 per cent of the draft selling above $20,000.

"Our bull breeding program is genetically different to mainstream breeding with an influence from the United Kingdom based of a preference on body shape, weight for age and muscle pattern." 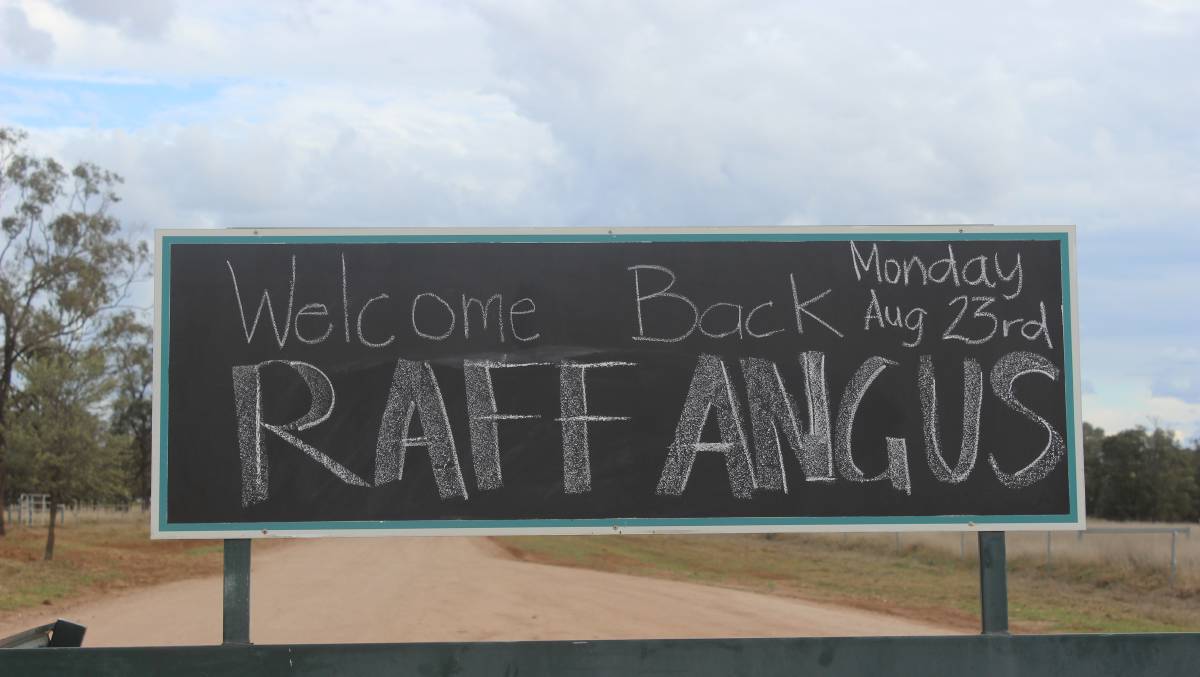 Raff Angus bulls returned to their former property at Mundibulanga for an on-property bull sale.

He said the female sale represented dedicated investment and breeding by his parents David and Jill over 56 years. (See separate story)

"Our sale expectations on the females were a little higher, and those prices were certainly achieved," he said.

The $32,000 sale topper was Raff Noddy Q327, a some of Raff Noddy N57 from the highly acclaimed Raff Doris F172 was selected by Paul Kipling on behalf of central Queensland cattleman Clive Hoffman, Mt Stewart, Marlborough.

Mr Kipling said, he and Mr Hoffman selected bulls based on quality and believed Noddy was the bull that fitted their breeding requirements the best.

He said he will be used over a line of Angus/Brangus heifers to breed bullocks they sell as three to four year olds to JBS Rockampton.

He said it was the first time they had bought Raff bred bulls as they were looking for a change in bloodline, and said he selected on visual appearance.

Volume buyers were Cornford Grazing, Baralaba who finsished with six bulls to average $12,167.

Also active throughout were Gary and Kerry Ladbrook, Roma finished with six bulls for a hefty average of $14,333. Bush Holding, Maytoe, Alpha were active throughout and finished with five bulls to average $20,400. They paid a top price of $26,000 for the 16 to 18 month old Raff Powerhouse, $25,000 for Raff Lockhardt R175. Arizona Angus, Meandarra selected four bulls to aver $12,000.

This was the second bull sale the Milson family have hosted at Mundibulanga this selling season, as they are happy for stud breeders to utilise their first class facilities built by the Raff family.