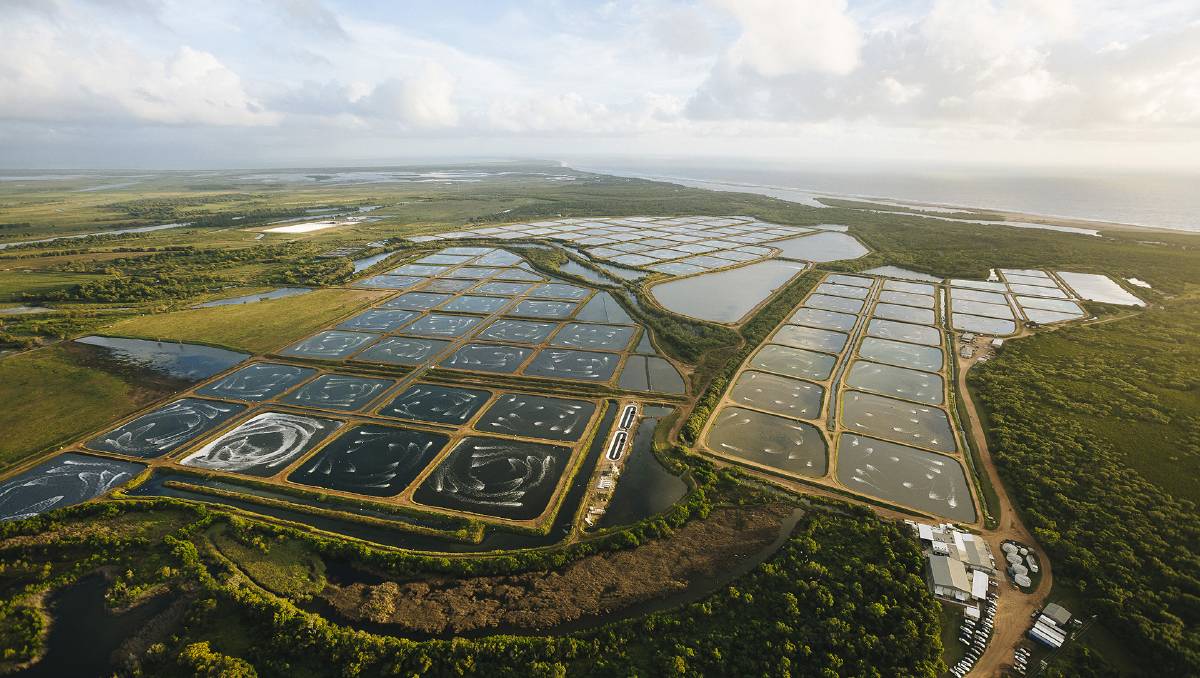 ONSHORE AQUACULTURE: Described as the "first of its kind in the world", this innovative prawn farm and a nearby greenfield site are expected to draw interest from billionaires.

Algae filters wastewater at aquaculture farms, protecting the Great Barrier Reef in a world-first at a prawn farm that has just hit the market.

A prawn farm and greenfield aquaculture site is on the market but behind the simple real estate news is a much bigger story: the use of macro-algae to clean farm and municipal wastewater.

It's paired with a 731ha greenfield aquaculture development precinct in Guthalungra near Bowen, Qld.

Worth an estimated $60 million, the properties are being sold by Pacific Biotechnologies, which developed the filtration system it calls RegenAqua. 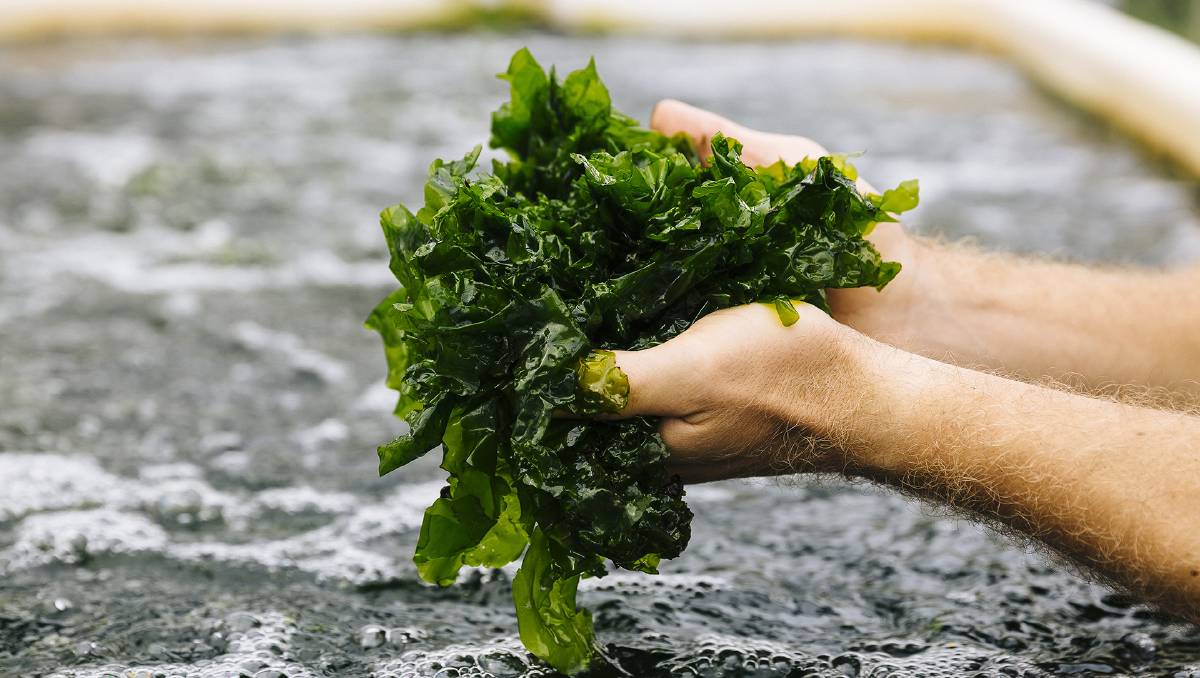 CLEANER: Ulva, known as Sea Lettuce, is one of the types of macro-algae used to filter water from Pacific Reef Fisheries prawn ponds near the Great Barrier Reef. Photo by Andrew Rankin

Water from the prawn ponds is pumped through macro-algae forests, which looks just like seaweed, before being returned to the prawns. The nutrient-rich water makes the macro-algae grow so fast it has to be continually thinned.

That harvest produces a biostimulant dubbed PlantJuice for local horticultural and sugar cane crops. Other byproducts are used as ingredients in cattle and poultry rations or to build soil carbon.

There was also a 10 per cent boost to the health of prawns living in the recirculated water.

"We usually get healthier, larger yields out of the bio-remediated ponds," he said. 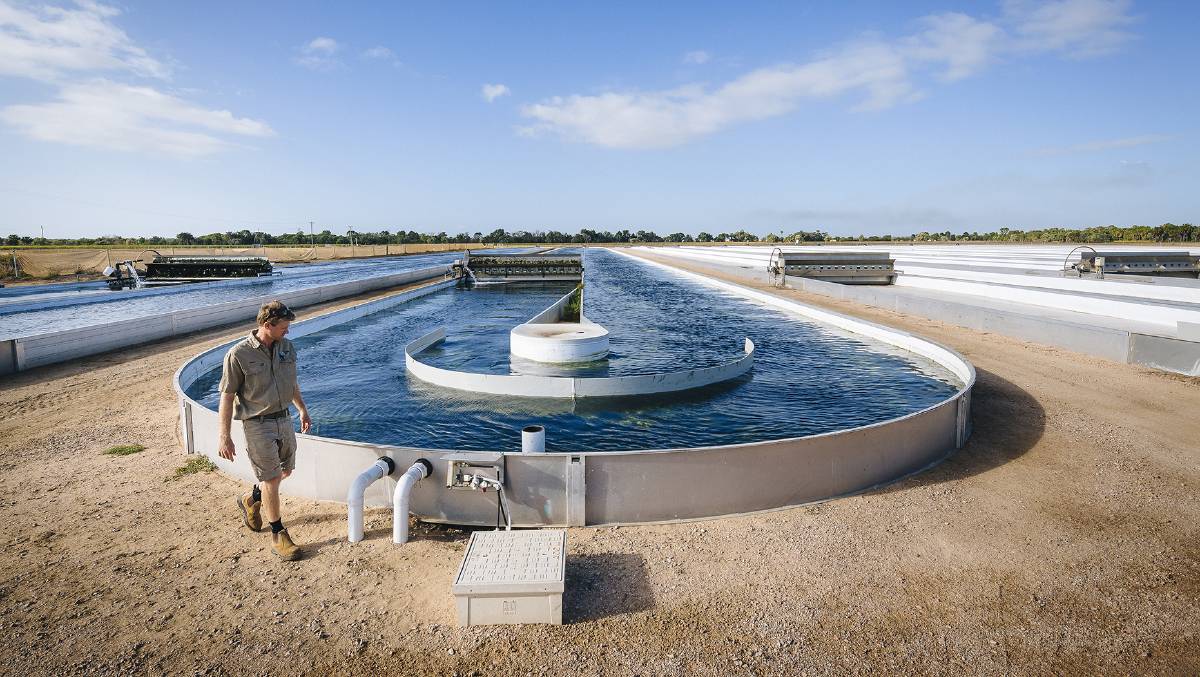 CLOSED LOOP: Water from the prawn ponds is pumped through algal forests before being returned to the prawns, boosting production and creating a closed loop. Photo by Andrew Rankin

"We're emulating the natural environment, as opposed to using mechanical equipment or membrane reactors, to take nutrients out of the water and the prawn farm's ecosystem really likes it," he said.

Domestic prawn consumption is 64,000 tonnes a year. About 19,000t comes from wild caught fisheries that are capped by quota and 9,000t is farmed.

"Almost 60pc of prawns sold in Australia are imported from Asia and elsewhere and we feel that consumers locally and overseas will prefer sustainably-farmed premium Australian seafood that is Reef Safe and ASC certified, which is what the new owner of PRF and the Guthalungra development site will have to build on," Mr Bastounas said.

Last year, the Ayr farm produced 1100t of prawns, which were mostly sold to Coles supermarkets.

Mr Bastounas said it was a keystone investment in aquaculture.

"Sustainable onshore aquaculture is the way to feed the world but as you grow this industry, you have to be mindful of the impact on the oceans," he said.

"All our competitors have basically bought old farms or old agricultural licences. They allow them to discharge but it also restricts growth." 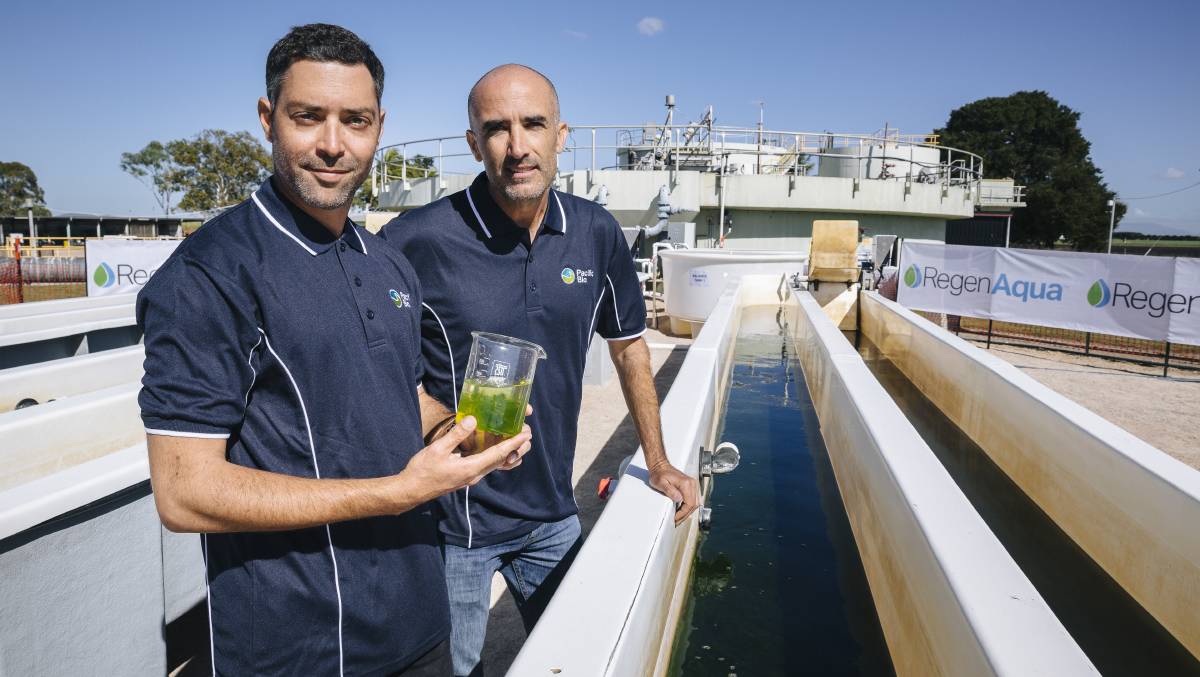 NOT JUST PRAWNS: Nicolas Neveux and Bastien Finet with the RegenAqua filtration system, which can be used for organic wastewater treatment. Photo by Andrew Rankin

"It's a powerful enabler for aquaculture to grow in Australia, and that's why billionaires are circling this industry," Mr Bastounas said.

"We're on the market because this business requires the right investor to come in with patient long-term capital, but it is certainly a strategic play for someone who sees what's going on in agriculture."

The ability of Pacific Biotechnology to reach new customers was also a factor.

"We want to be able to go to all players in aquaculture and allow them to license RegenAqua technology, clean their water and take nitrogen out and enable industry expansion," Mr Bastounas said.

"The best way to do that is for us to decouple from the prawn farm."

It's a powerful sales pitch for the prawn farm and there are hopes the technology will revolutionise much more than aquaculture.

Pacific Biotechnology will reinvest the prawn farm proceeds into RegenAqua, which has been under development for a decade but really only commercialised in the last three.

"We think it's a world first, it's been developed in partnership with James Cook Uni for the last 10 years, all designed around solutions for North Queensland and the Great Barrier Reef," Mr Bastounas said.

Mr Bastounas said it can be used for "anything that's producing an organic product", such as aquaculture facilities like salmon farms, abattoirs and even human wastewater.

"What's going on in North Queensland is pretty appalling. There is human effluent going onto the reef as well as prawn and barramundi farm effluent," he said.

A wastewater treatment trial with the Burdekin Shire Council is underway. Mr Bastounas said it would likely cost $35 million to build a conventional membrane reactor system for a town of 15,000 people but Pacific Biotechnology's solution would be just $6m.

"It's a low cost enabler that allows industry up here to grow," he said.

"Anyone reading this will say, 'Well, okay, you're enabling for agriculture'.

"We're enabling the communities of North Queensland to get their sewage treatment stuff done and they can make feed for cattle, put this back into the land as organic material, plant juice from it to support sugar cane and horticulture, reducing the need for traditional NPK fertilisers and getting a better, healthier crop."

Pacific Reef Fisheries will be able to operate the RegenAqua system but intellectual property and licensing rights remain with Pacific Biotechnologies Australia.

The first round offers for the two aquaculture facilities are due on September 9, 2021.