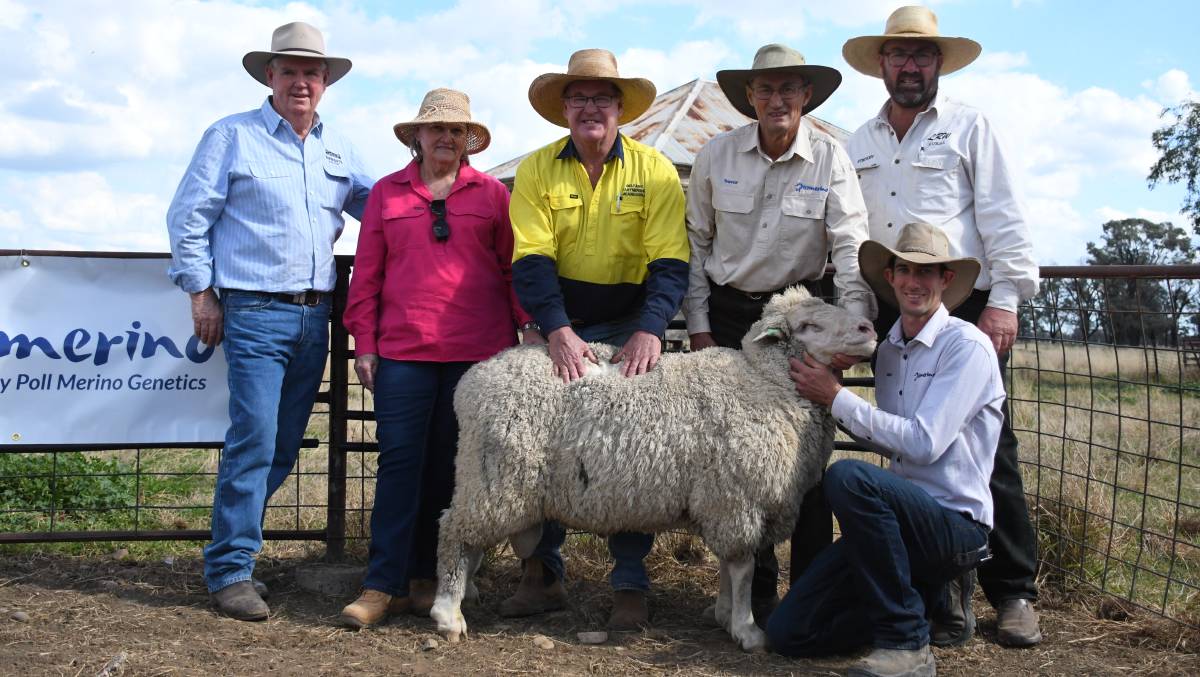 The inaugural Rissmerino ram sale at Yelarbon may have registered less bid cards than anticipated due to border closures, but the Rissman family has still achieved a solid result.

They paid top dollar for what Mr Brown called the universal ram, which had the best of both fine wool traits and good growth rates.

Running about 1200 ewes and 300 breeders on 3000 hectares, the Browns' main business is wool and they were looking for a ram that would enhance their program with improvement in good carcase rates.

They found that in the progeny of Welly Gully 150364, out of Well Gully Poll 010068, that boasted outstanding length and volume with wool at 80mm at 6.5-months-old.

The Browns purchased a total of four rams to average $1237. Trevor Rissman said he was pleased with the sale result, but it was a shame the border closures had prevented interested NSW bidders from attending.

"We are proud to be continuing the Well Gully genetics at Rissmerino," he said.

"We had purchased them going into the worst drought in our records, but we battled through and have come out the otherside better and more resilient.

"We hope the clients are as excited as we are, and they can also achieve a lot with the Modern Merino that they purchased."